Opinion: Piecing Together The Perfect MMO

As the technological capabilities of game developers continue to advance, we gamers have been reaping the benefits as the games we play become more immersive, more engaging, and more fun. MMO (massively multiplayer online) gamers especially so since they get to share these continuously refined experiences with thousands, sometimes millions of other players simultaneously. However, as refined and immersive as many modern MMO games are, I’d be lying if I said there’s one definitive MMO that scratches all of my gamer itches. Oftentimes, I end up wishing that the best parts of some of these games could be combined together into on perfect Franken-MMO. If I were to put together a dream-game from the pieces of other MMO, these would be the choice parts: 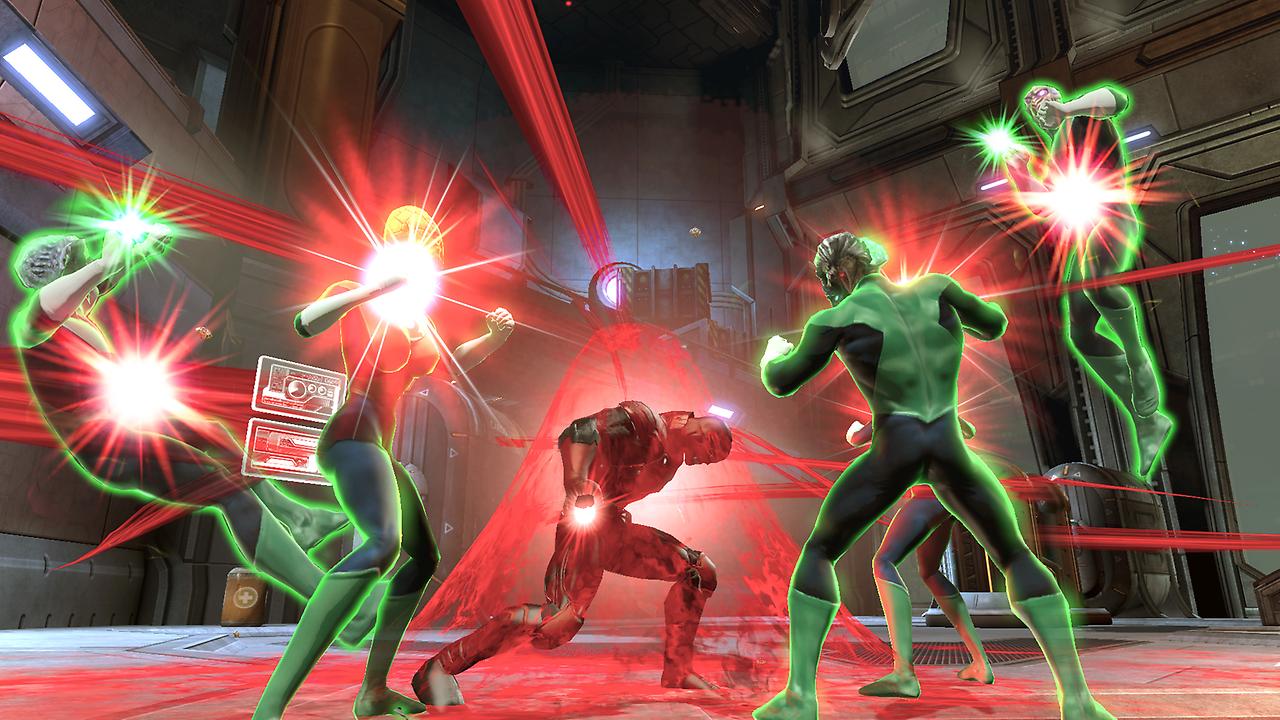 It’s cool enough getting to venture into a massive online rendition of the DC Comics universe and rub elbows with characters like Batman and Superman, but where DC Universe Online (DCUO for short) really shines is in its endgame content variety. Most MMO games end with a tried-and-true list of stock offerings for endgame content such as raiding, PvP, and maybe one or two other things like daily quests or crafting. DCUO has all of that and more.

For endgame players who prefer to fight computer-controlled enemies, there’s open-world daily quests; single-player instanced storylines; two-player “duo” adventures; four-player dungeons (called “Alerts”); seasonal PvE events; massive eight-player raids, a wave-based survival mode, and a game mode that will allow players to play as iconic DC characters in PvE scenarios. PvP players can engage in three different forms of PvP: open-world PvP (if they’re on a PvP server), instanced “Arena” PvP that has them duking it out with their custom-created characters, and “Legends” PvP which, as the name implies, allows players to battle each other while playing as iconic DC heroes and villains.

Suffice it to say, DCUO players always have a vast wealth of activities at their fingertips, both while leveling and when they reach the maximum character level and cross the threshold into endgame content. Other MMO's such as World of Warcraft may come close to offering the same amount of variety but, in my mind, DCUO will always be king when it comes to keeping players occupied and engaged long after they’ve reached the game’s level cap. 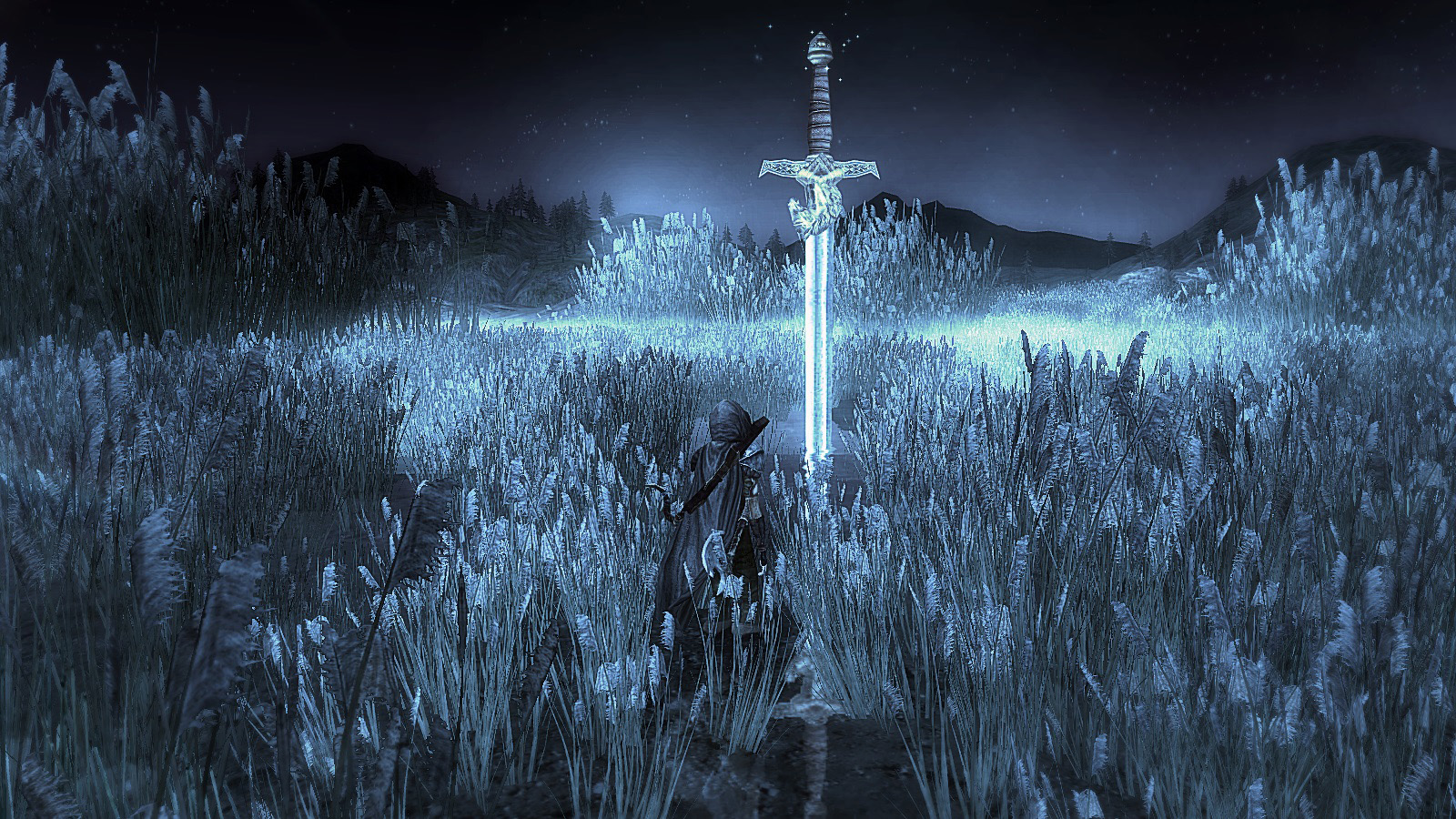 I’ll admit I wasn’t completely sold on Lord of the Rings Online back when I first started playing it. While I am a big Lord of the Rings fan, the game’s dated graphics, unintuitive questing system, and lack of race/class variety didn't exactly keep me glued to my computer screen. All of that changed when I finally got my character to level 20 and unlocked the Skirmish system. Skirmishes in LoTRO are special instanced PvE scenarios that can be attempted either solo or with a group. Each Skirmish’s difficulty (and potential rewards) scale depending on how many players are attempting it, and most Skirmishes have randomized boss encounters and/or objectives, giving them some added replay value.

I’ve longed for the day when other MMO's would adopt a similar system of accessible, replayable instanced PvE content as a means of alternative character advancement but so far, no dice. World of Warcraft came close with the three-player instanced Scenarios it introduced in its Mists of Pandaria expansion but the Scenarios are only available to max-level characters and Blizzard promptly abandoned Scenarios (or at least the instanced replayable kind) in Warlords of Draenor. The solo adventures in DCUO I mentioned earlier come close but, since they’re all based off of adventures from the main story campaign, they quickly grow stale unless you invest in DLC.

I would love to see an MMO that took LoTRO’s Skirmish system and refined it into what I’ve always wanted it to be: a fully-fledged alternative to quest grinding that offers short, fun pieces of engaging instanced content that can be undertaken either alone or with buddies no matter what level your character is. For players who don’t have a lot of time to kill but who also don’t want to constantly subject themselves to monotonous quest grinding, such a system would be a massive boon. 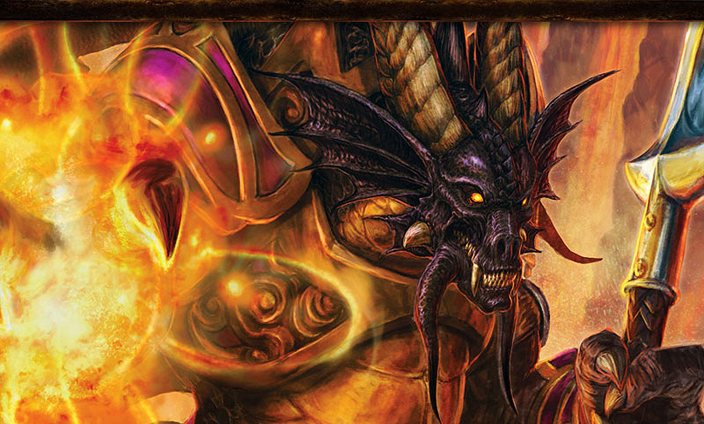 World of Warcraft has come a long way in its ten years of operation. New content has been released, features have been tweaked, systems have been refined and streamlined, and I’d be willing to say most of it was done for the better. However, one area where Blizzard might have overcorrected was in its handling of class specializations. Each character class in World of Warcraft has three different specializations. With each new expansion, Blizzard tries to make these specializations easier to understand for new players, mainly by trimming down the total number of abilities and attacks available and refining the different talents each specialization has access to.

While this refinement process has no-doubt made World of Warcraft a more inviting game for newcomers, it has also caused many of the core classes to lose their sense of identity. There used to be major differences between playing an Assassination or Combat Rogue. Now, aside from a few ability swaps, they feel virtually the same. Warriors used to be the undisputed weapon masters of the game, now they can’t hold two weapons at once unless they choose the Fury specialization and are practically forced to pick up the Arms specialization to go with it. You used to be able to tell which specialization a Death Knight had chosen simply based upon the weapons they wielded, now they’ve become so homogenized that there’s virtually no difference between the three specializations.

I’m all for giving new players a low barrier of entry but when that low barrier comes at the cost of class identity, I’m left wondering whether Blizzard made the right call. In my ideal MMO, each class would have a number of specializations that all felt unique and were all fun to play. World of Warcraft certainly has the large number of specializations, but few currently feel unique and fun to play. 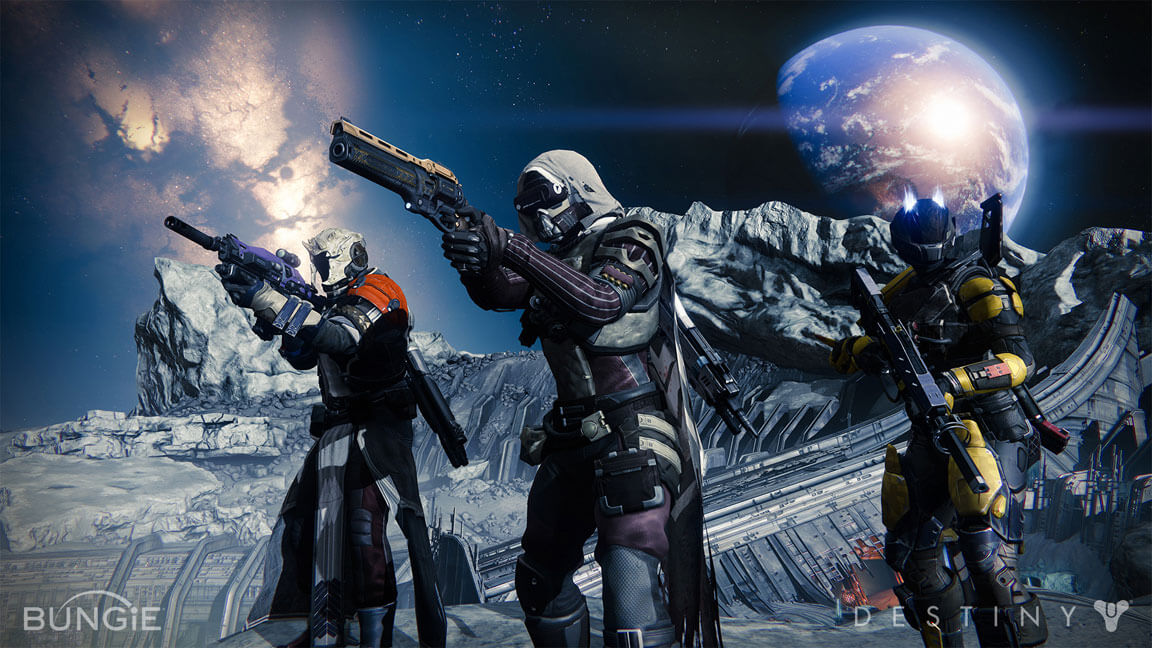 Ah Destiny, what is assuredly the most contentious game of 2014 and will likely remain so well into 2015. Love it or hate it, I doubt many can deny that, under the right circumstances, Destiny can be a lot of fun to play - even after you reach the game’s soft level cap of 20 and begin the long, slow grind to light level 32. While I’m definitely a guy who doesn’t agree with much of what Bungie is doing with Destiny’s endgame, there is one particular element that I do like: the endgame gear progression.

To elaborate, I like how there’s actually a rather small selection of different armors and weapons you can collect. What this means is that you’re meant to stick with the armor and weapons you earn for the long haul instead of simply replacing them a few hours after you get them. Most games stick you onto a seemingly endless treadmill of acquiring better and better gear once you reach the endgame, but Destiny allows you to keep treasured weapons and armor by allowing you to upgrade them to more powerful versions. One could argue that Bungie is simply swapping out gear grinds for resource grinds, but I’m still in favor of allowing us to spend some time with weapons and armor sets we take a shine to instead of having them collect dust in our bank vaults because they’ve been replaced by a fancy new Raid drop or quest reward.

Other MMO's do have ways of allowing players to retain the looks of favored weapons and armor (World of Warcraft’s transmogrification system, Guild Wars 2’s weapon and armor skins, DCUO’s wardrobe feature, etc.) but only Destiny allows us to acquire a new weapon or armor piece at level 20 and keep viably using it all the way to level 25, 30, and beyond. 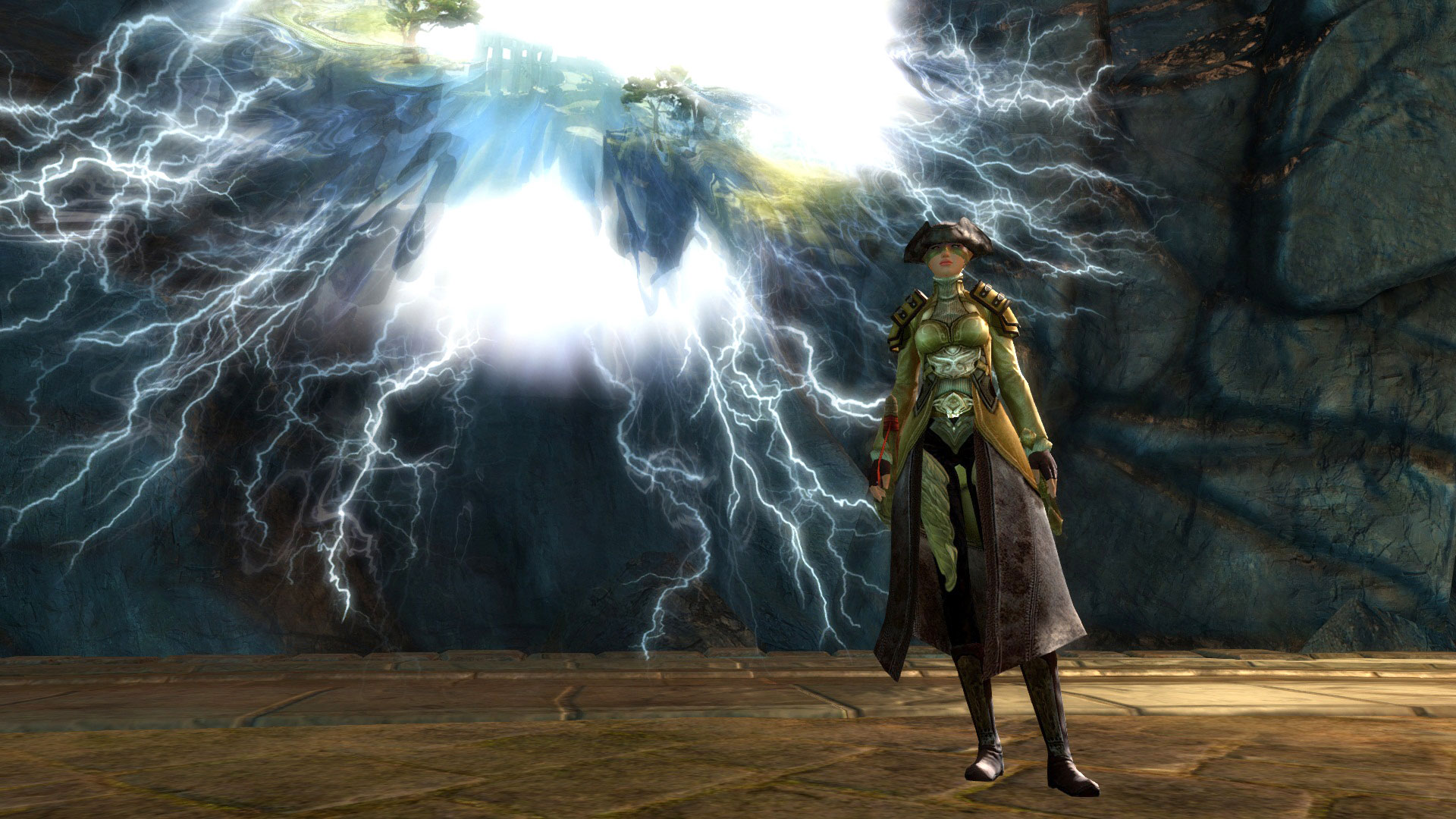 I’ve had an interesting love/hate relationship with the PvP aspects of most MMO's but if I had to make a list of which PvP mode I enjoyed the most out of all the MMO's I’ve played, Guild Wars 2’s World vs. World PvP would certainly be at the top. In World vs. World (WvW), players from three different servers come together on a large instanced battleground and fight over various keeps, castles, and supply points spread across the map. WvW allows players to participate in large-scale sieges and battles without the pressure they would feel in smaller PvP skirmishes.

Since participating in WvW temporarily boosts your character to the level cap of 80, you can join in on the action no matter your character’s level and since WvW experience points (which allow players to gain new WvW ranks and unlock WvW-specific abilities) are shared across all characters on an account, you can make steady, uninterrupted progress through the WvW ranks even when playing as multiple characters. Best of all, any experience gained through WvW activities is also applied to the standard leveling track of non-max-level characters, which means if you get in with a good group, it can serve as a viable alternative to leveling characters should you get tired of the standard PvE grind. Since there isn’t really a way to “lose” in WvW (the ownership of structures constantly fluxuates and is reset every week), it’s also well-suited for players who don't do well in other PvP modes.

Now, my ideal picture of WvW would be slightly different than how it currently works in Guild Wars 2. I’d want an easier way to hook up with pre-existing groups (currently you have to physically run out to wherever the group is which can be tedious and time-consuming if they’re far away). I’d also add in more ways in which a single player could contribute (virtually every objective in WvW is meant to be tackled with multiple players). Still, despite these minor gripes, I think WvW is an excellent template for PvP that all players can enjoy regardless of prior experience or individual skill level. If my ideal MMO were to have a PvP component, I’d want it to resemble Guild Wars 2’s World vs. World. 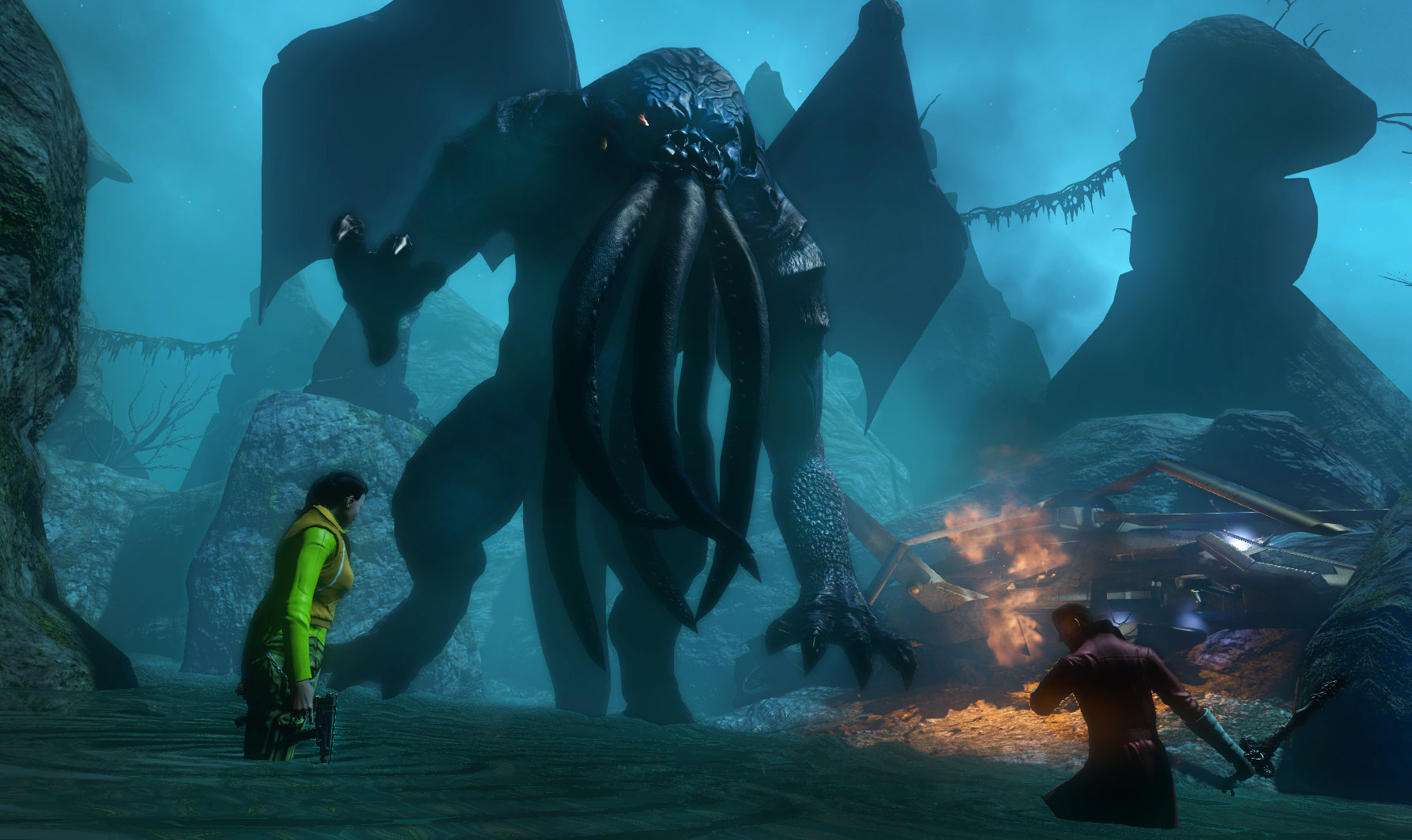 It’s a shame that Funcom’s modern horror MMO The Secret World is so frustrating from a technical/gameplay standpoint, since the game’s lore and story progression is hands-down some of the best of any MMO I’ve ever played. The game obviously has its fair share of typical “kill this number of certain enemies” and “collect this number of certain items” quests but it also has quests that tax a player’s brain instead of their combat reflexes or patience. Many quests in The Secret World have no combat at all, and instead task players with parsing together clues, paying attention to their environment, and figuring out both narrative and environmental puzzles.

These quests help players become immersed in the game’s lore which is equal parts Lovecraft, Edgar Allen Poe, and Indiana Jones... three names I never thought I’d list in the same sentence. My ideal MMO would take a similar approach, offering quests and tasks that didn’t just lock players into a monotonous routine but which also challenged them to explore the world, soak it in, and have those satisfying “ah ha!” moments that you really can’t get from slaughtering ten rats and collecting their tails. The Secret World’s more technical aspects may only be enjoyable to the truly dedicated, but how the game handles the presentation and pacing of its story is something MMO players of all skill levels can appreciate.

Got a particular MMO feature you’re fond of? Feel free to share them in Chatty!