Late yesterday, Microsoft made an exciting announcement for fans of the Forza Motorsport franchise. Forza Motorsport 6 was confirmed to be in development, this time with a new partnership in tow. The folks at Turn 10 will be working alongside the Ford Motor Company to include the latter's new line of Ford GT line of ultra-high performance vehicles. This collaboration should mean a host of new experiences for motor enthusiasts and, by extension, Forza Motorsport's fanbase.

To learn more about what this new partnership will entail, Shacknews spoke to Turn 10 Studios Creative Director Dan Greenawalt and the Ford Motor Company's Henry Ford III. During a call this morning, we spoke about Forza Motorsport 6, the addition of the Ford GT line of vehicles, what it means for modes like Forza Vista, how the game's development will be affected, and other vehicles that fans should expect to see in the coming months. 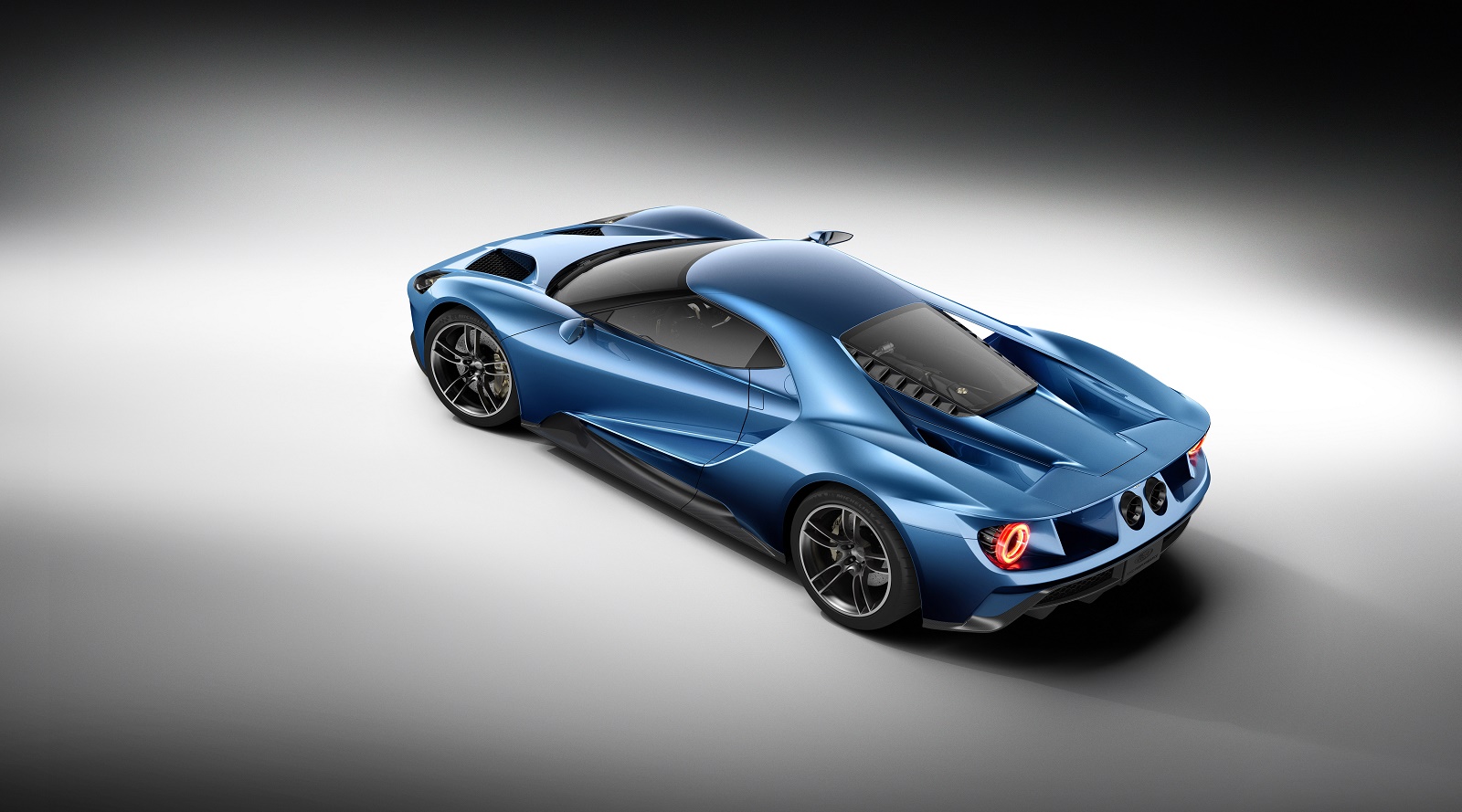 Shacknews: How did this partnership come about? What makes Forza Motorsport and the Ford Motor Company such a good match?

Henry Ford III, Ford Motor Company: From our perspective, we are going through the process of launching not only new products, but a new sub-brand we're calling Ford Performance. Obviously, the pinnacle of that is the Ford GT, which we revealed yesterday, alongside the GT350 Mustang and the F-150 Raptor. We think that we really have a pretty interesting performance story to tell and we view Forza as the perfect way to tell that story, because for a lot of customers, these vehicles probably won't end up in their garage one day, and so Forza allows players to make an emotional connection with them and experience these vehicles in the most realistic way possible, short of driving them. We have been, on the Ford side, so impressed with the level of detail that goes into making a game like Forza that we are absolutely 100 percent certain that this game will allow us to reach customers in an authentic way.

Shacknews: Given that there's going to be roughly six months before gameplay is shown, what made this week the ideal time to announce this partnership?

Dan Greenawalt, Turn 10 Studios Creative Director: It's a cool moment, honestly. As far as I know, there's never been a time where a car and a game were unveiled simultaneously. The reason I think that's important, is what we've seen over the last 10 years of Forza is the relationship of these games and car manufacturers really change. That's not our fault on the game's side, that's the gamer's fault. The gamer has become more mainstream - the rise of the gamer. Games are a part of everyday living. Games are part of pop culture. Games are how you reach a younger generation. I've seen it as our mission with Forza to be on the vanguard of that, bringing car culture and gaming culture together in new and exciting ways.

So for the next six months, we're going to be developing experiences that really bring all Ford Performance to life and talking more about that as we get to E3. But this was too cool an opportunity to pass up. I'm a car guy, our whole team is car guys, to come to Detroit and see Ford GT unveiled, it's an awesome moment for gamers and for car enthusiasts.

Shacknews: What does this collaboration mean to Forza Motorsport players? How do you expect the Forza experience to be enhanced through the addition of these Ford Performance vehicles?

Greenawalt: With every partnership we've done, we've been able to get more and more info and data. Building a simulation is never done. You're always working and you always need to learn more. We're famous for what we've done with tires, for example, where first we were reading the book and now we're basically writing the book. It's the sort of simulation that can only be built by a giant team that's hungry to always do new things. Working with Ford Performance is another great way to learn more about great technology coming in line. The things they're doing there with aerodynamics, light weighting, new engines and efficiencies, drive trains and suspensions -- all of these are things that don't just make the Ford Performance cars better, but they make all cars in the game better.

Ford also has a tremendous heritage. I'll tell you the truth, the two hardest things to simulate in any game are tires, which we've worked very hard to do, and classics. Classic cars, they don't get as many people talking about them, because they don't have this advanced technology. But those cars bend and they move. Some cars have wood. Having the ability to talk to Ford engineers, they've been around a long time and have been working on these things before computer generation, gives us more ammo for our simulation to make them better.

Shacknews: What are some of the distinct features included in the Ford Performance line of cars and how does Forza Motorsport 6 plan to capture the spirit of these cars through the game?

Ford: In the case of GT, it's a vehicle that has a rich history and legacy to it. So one of the challenges that Ford had was how to take this car and maintain its DNA while moving it forward. I think we've accomplished that through a whole host of different innovative technologies, like our use of carbon fiber and aluminum, the active aerodynamics, the new 3.5-spoke Powertain. We're really excited about these innovations that, although a lot of them will only be found on the GT over time, we hope to cascade a lot of these technologies onto our other products. We're already starting to see some of that with the new aluminum F150 and lightweighting is starting to spread throughout the industry, because it's such a great way to get efficiency and fuel economy into your vehicle, which is something that, at Ford, we take very seriously and is a huge priority for us. So you'll start to see more about that through our upcoming vehicles, like the GT, Raptor, Shelby, and F-150. We have various new technologies on all of those vehicles that are really helping us deliver great efficiency and fuel economy to our customers.

Greenawalt: To dovetail on what Henry was saying, there's great technology coming to Ford, but we've also been on-boarded to the Ford GT very early. It was quite an honor to have the veil of secrecy lifted and be allowed to go into the lab and be able merge these two creative teams. What that means is that we're able to really highlight some of that cool technology, but also the car. The Ford GT is just a stunning design. Being able to look at the negative spaces, the buttressing, the back end that looks so much like an Allen key, while the front end has just a little bit of heritage without being mired in it. We're going to be able to highlight that in features like Forza Vista, where you really get in and experience the car. We found that our players do that. In Forza Motorsport, players who don't even play in cockpit view, when they get in a car, they play it just a little bit to see it before they go into whatever view they prefer. Auto enthusiasts experience cars the same way and we're going to be able to tell that story, because we were on board so early.

Shacknews: What are some of the other cars we can expect to see as part of this partnership?

Greenawalt: Ford has been in Forza for a long time and as that relationship has changed, it has changed from a licensing relationship to a co-development relationship in many ways, where we get data and we get access to cars. But even back in the original Forza, we had the Ford GT, a host of Mustangs, racing Mustangs, Roushes, and we've added to that over the years. As we look at Forza Motorsport 5 and Forza Horizon 2, one of the most popular cars in the game, surprising to some, is the Ford Raptor. It's not a surprise to us at all, because the F-150 is the most popular truck in America, so having a sports version of that where you can ride over hills in Forza Horizon 2 or go skipping through corners in Forza 5, it's no wonder it's really popular. But even today, you can go into Forza Motorsport 5 or Forza Horizon 2 and play the Ford Mustang GT with the new body style for free. The nice thing about Forza is that we have a myriad of ways of bringing new cars into the game, like the Ford GT 350R, the Focus ST, the Fiesta ST, and the Raptor. But as these new performance line of cars are made available, we don't always have to wait until the game ships. We can just add them in as we get them done.

Look for more information about Forza Motorsport 6 to be made available later this year, with gameplay set to debut at this year's E3.