Adrift Preview: Shooting for the Moon

Tonight at The Game Awards, 505 Games debuted a new trailer for the combat-free "first person experience" game, Adrift. It's set to launch in the middle of next year.

One night before, though, we were seeing it for ourselves, getting hands-on access, and talking to Three One Zero director Adam Orth about his creative inspiration behind the game. Adrift is a very different kind of experience, more akin to Proteus than the Call of Duty games which more than half of the the studio helped create. Orth cites Proteus a major inspiration, in fact. He says he wants this game to evoke an emotional response.

The protagonist is a woman, currently unnamed. Though the narrative is still tightly under wraps, Orth assured us that she has her own story that will be uncovered throughout the game. "You basically find out who you are by learning about other characters in the game," he said.

The apparent lone survivor of some kind of space disaster, you wake up without any memory of what happened. You have sparse resources amid the wreckage and you're running out of oxygen. The game becomes a fight for survival as you slowly uncover what happened. Orth is tight-lipped about the details, but says that ultimately the story is about action, consequence, and redemption.

It's no coincidence that the narrative arc follows Orth's own history. He has said in the past that this game is his way to deal with the fallout from his comments at Microsoft, which caused an uproar that resulted in him leaving the company. Still only referring to it as "the public event," he says he's shied away from talking about that part of his life because he wants to say it through this game instead.

This was my second time playing a demo of Adrift, the first having been at E3 earlier this year. The content was very similar--no threats, no puzzles to solve, just getting a sense of floating in space. In those few months, Three One Zero has apparently rebuilt the game from scratch, scrapping all its work in the Unity engine and rebuilding it in the latest version of Unreal. 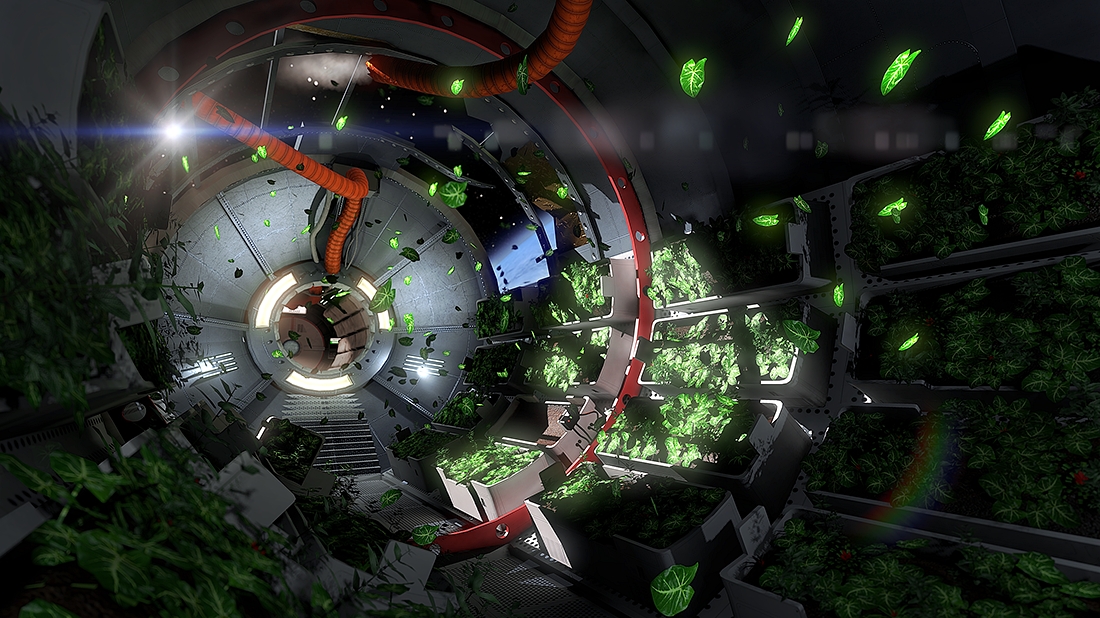 The extra work has paid off. Even limited by Oculus' resolution, the floating debris looked noticeably nicer. At one point I even stumbled, in real life, trying to find my balance as I weightlessly careened toward a wall. There was much more to explore this time, with a greater number and larger chunks of space junk to float around. I also noticed more audio cues this time, from the distinct sound of pained breaths to a constant robotic warning telling me to return to my station, which was now in shambles.

The pieces weren't particularly interactive yet, however. Both of my Adrift demos have shown a lot of potential for capturing the feeling of floating in space, but I'm still left curious to see just what the gameplay itself will be like. Orth knows games like Gone Home have been criticized for having too little gameplay, and says they're addressing that head-on. He says parts of the puzzle solving will resemble "Guitar Hero meets Tetris," and just what that means is anyone's guess. He told me that they're attempting to strike a balance between tightly authored moments and more open segments with multiple ways to solve a problem.

It's one thing to be told about the game mechanics, though, and another to experience them for yourself. I'm left feeling very much like I did when I played my first demo: impressed by its ambition, but left curious to know more about how it functions as a game. Like its protagonist, I still haven't quite figured out how all the pieces fit, and that will be the key to Adrift's survival.

This Adrift preview was based on a pre-release PC/Oculus demo of the game at an event where transportation and accommodations were provided by 505 Games.