Earlier this week, Shacknews looked into the past, present, and future of Star Wars: The Old Republic by talking with senior producer Bruce MacLean. In particular, the subject of Revan was approached quite a bit. That, of course, is because he's the main focus of the game's latest expansion, Shadow of Revan.

Shacknews recently spoke with the game's lead writer, Charles Boyd, as well, to focus more on the lore surrounding Revan. How did the former hero of Star Wars: The Old Republic reach this point? What does his return mean for The Old Republic lore, in general? And what else is in the future for The Old Republic's story, especially with certain other pieces of the Star Wars saga moving forward? 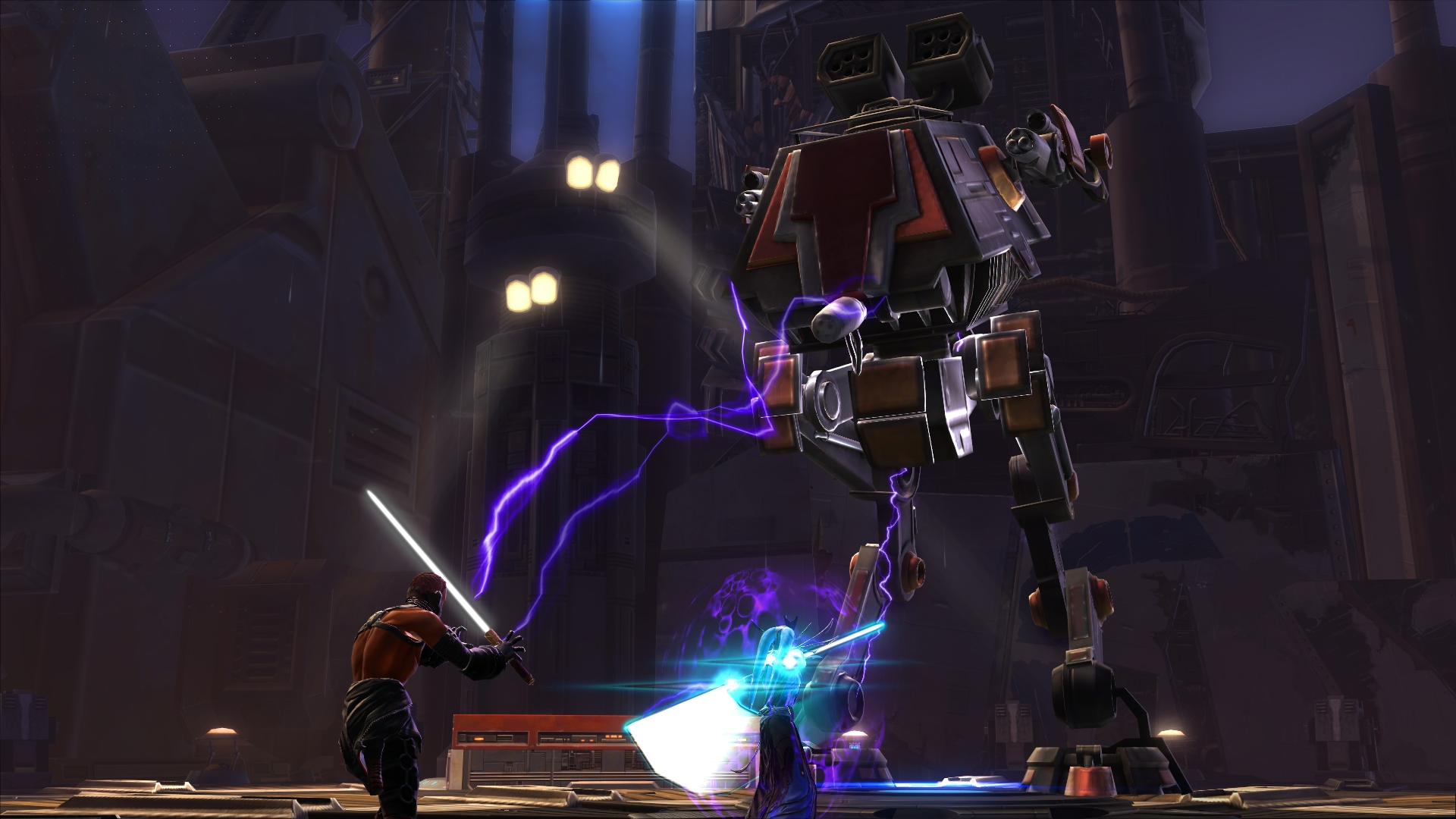 "He's just fascinating," Boyd began, speaking of Revan. "He's a character that everyone's loved since he was introduced in Knights of the Old Republic and carried through all the years until now. He's been Light Side, he's been Dark Side, he's faced a lot of tough decisions, just like we want our players to as they progress through his story."

Boyd also echoed what MacLean suggested earlier in the week, noting the importance of bringing the Knights of the Old Republic player into the SW:TOR fold. But it certainly isn't easy, given that many KOTOR players aren't into MMOs. That's why the new expansion is placing an emphasis on solo Flashpoint missions, in hopes of creating something closer to the classic KOTOR experience. But for a true sense of what KOTOR once was, there's nothing quite like a good personal story.

"The focus of the story is really on it being as personal as possible, to really get back to the stuff that really matters to our players," Boyd added. "Our goal is to make the game as solo-friendly as possible. Give them cool characters, cool choices, romances, the kind of thing that really bring people to BioWare games. And we want to present it in an environment where if you want to do heavy multiplayer stuff and group up with friends or make new ones, you have room to do that. And if you want to approach it as a single-player game, you totally can."

When the day first started, Boyd was among those that addressed media in attendance. One of the items that he noted was that he had this particular narrative for Revan in mind since 2006. That naturally led to a curiosity of how much of Boyd's story has changed since that time.

"It's actually been cooking for a long, long time," Boyd explained. "Definitely the details of it have changed dramatically since then. We had different plans for the game back then, it had a different design in various ways, as well. Things are bound to change, but the core of it, what matters to our players and what they're driving towards, we've been working at for a long time."

With that in mind, I followed up by asking Boyd what aspect of the narrative remained steadfast over the course of the past eight years. Unfortunately, he wasn't able to answer that, noting that the main piece of the narrative that's been in the works for years is still yet to come. It's hardly surprising, given that Shadow of Revan is expected to kick off a full year of storylines for The Old Republic. It'll also look to touch on some previous story elements introduced from other expansions, such as Rise of the Hutt Cartel and keep the story going.

With The Old Republic looking to keep narrative alive and focus on a renewed emphasis on the lore, an interesting point came up from the Shacknews Chatty community. Our own jingletard wondered if BioWare had any plans to capitalize on the upcoming Episode VII and create any stories based on that lore.

Unfortunately, Boyd couldn't commit to such an idea. The reason? J.J. Abrams' script and his direction for Star Wars is being kept top secret, even from the folks at EA and BioWare.

"If we knew what it was, we totally would," Boyd said with a smile.

As it is, though, BioWare has one goal and that's to finalize Revan's story, once and for all. It... is Revan's final story, isn't it? Will this be the last we see of the KOTOR frontman?

"Never say never," Boyd answered. "But the core part of his story will be finished."