2K and Turtle Rock Studios have announced a brand-new game mode for Evolve, called Evacuation, that combines the “full array” of maps, Hunters, and Monsters that offers a completely dynamic experience each time players take part in it.

Up until now, Evolve has been about the Hunt game mode, which tasks Hunters in a cat-and-mouse chase against Monsters. Today, we’re learning about three additional game modes, Nest, Rescue, and Defend, that comprise of the entire experience of Evacuation. Nest has the Monster player protecting its brood while the Hunters are attempting to break open the Monster’s eggs. Rescue tasks Hunters with trying to locate, revive and protect injured colonists that are placed randomly on the map. The last mode, Defend, has the Hunters defending an Evacuation point where their ship is refueling for an escape, while the Monster is leading hordes of Goliath minions as they attack the point in waves.

Winning a round of Evacuation will offer one of over 800,000 possible paths. Turtle Rock gives an example of just one of these variables that includes a Dam being saved, which results in workers being able to power up Perimeter Fences, which can be used to cut neighboring maps into half their original size. This will create an advantage for the Hunters in following matches. In fact, Turtle Rock uploaded an image that shows of just some of the results from Evacuation matches that can occur, which you can see for yourself below. 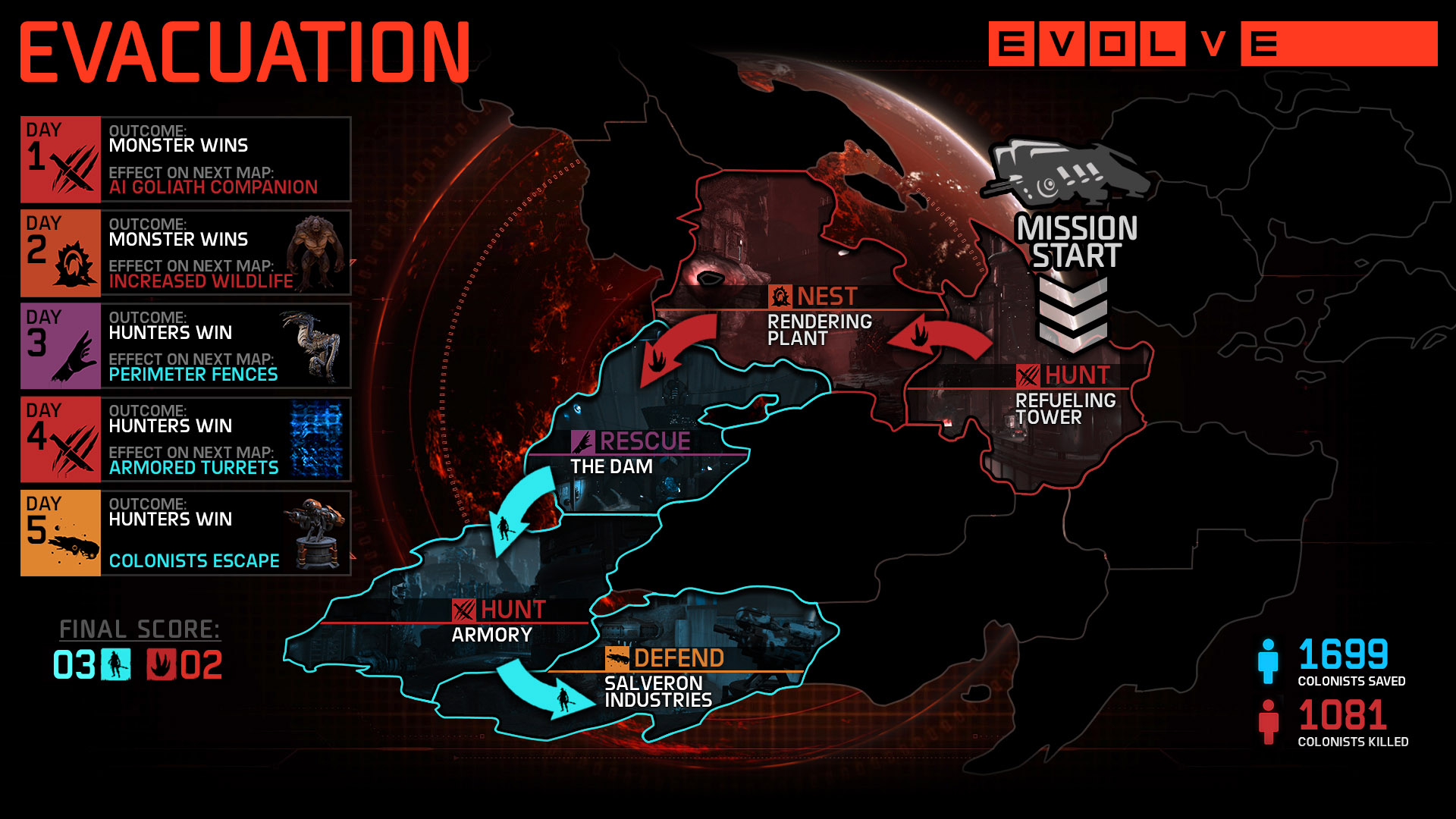 Now that we know Evacuation is here, when can we get our hands on it? Well - 2K and Turtle Rock will be making its debut on the Xbox One open beta that is taking place in January. Sorry, PC and PS4 owners - you’ll just have to wait your turn as it’ll be exclusive to that console’s open beta, that is, until the game is released in February.