As one might expect, this PS3 collection should be somewhat of an eye-opener for fans of the original games. It isn't just the new content that's included, like the new boss battles and cutscenes, but also the nostalgia contained within. Whereas the first Kingdom Hearts was a novel mix of action-RPG elements across Disney worlds, the second game showed that there was a far larger mythos at work… for better or wose. 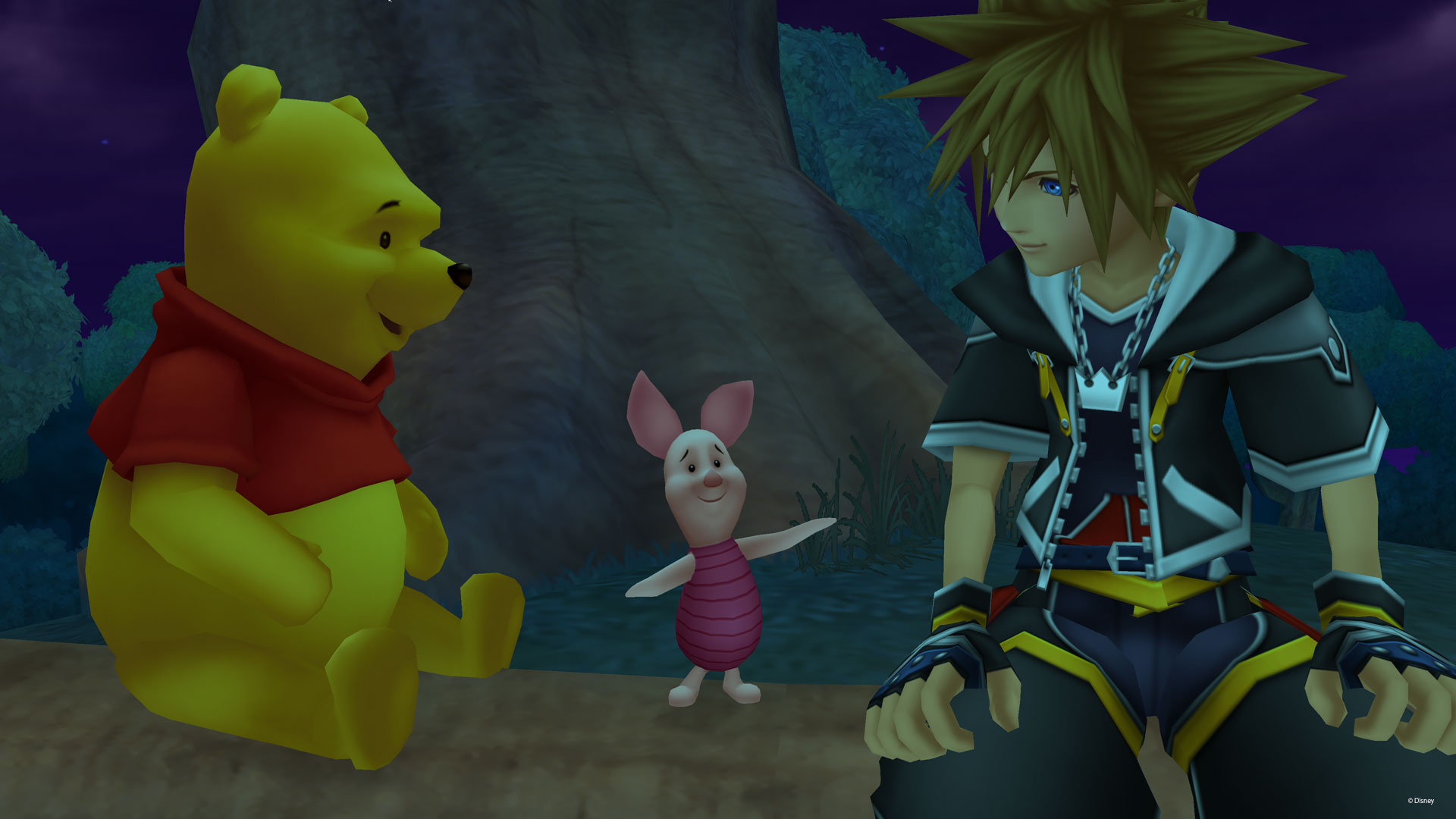 The visual update should be evident from the very beginning of either game. Cutscenes have been re-worked to run at 1080p, making the Disney worlds look far more vibrant than before. It's easy to forget some of the impressive feats that Square attempted with its narrative and its cutscenes, until playing through them one more time. For example, remember that Hollow Bastion was filled with Heartless at the time of KH2? I mean, filled with Heartless? The HD upgrade will show the thousands of heartless that are roaming around near the Hollow Bastion castle, an impressive detail that would hardly have been as noticeable on PlayStation 2. As such, the sequences that have Sora taking on hordes of enemies look all the more dazzling this time around.

Square has likewise given a spit shine to some other details of the game. Enemies like the Dusks have been given some extra visual flair for additional flourish, which is noticeable in both the cutscenes and throughout the game. The feat is particularly impressive in Birth by Sleep, remastered from a previous-generation handheld. Though KH2 and Birth by Sleep play somewhat differently, they look virtually identical when playing them off this compilation. 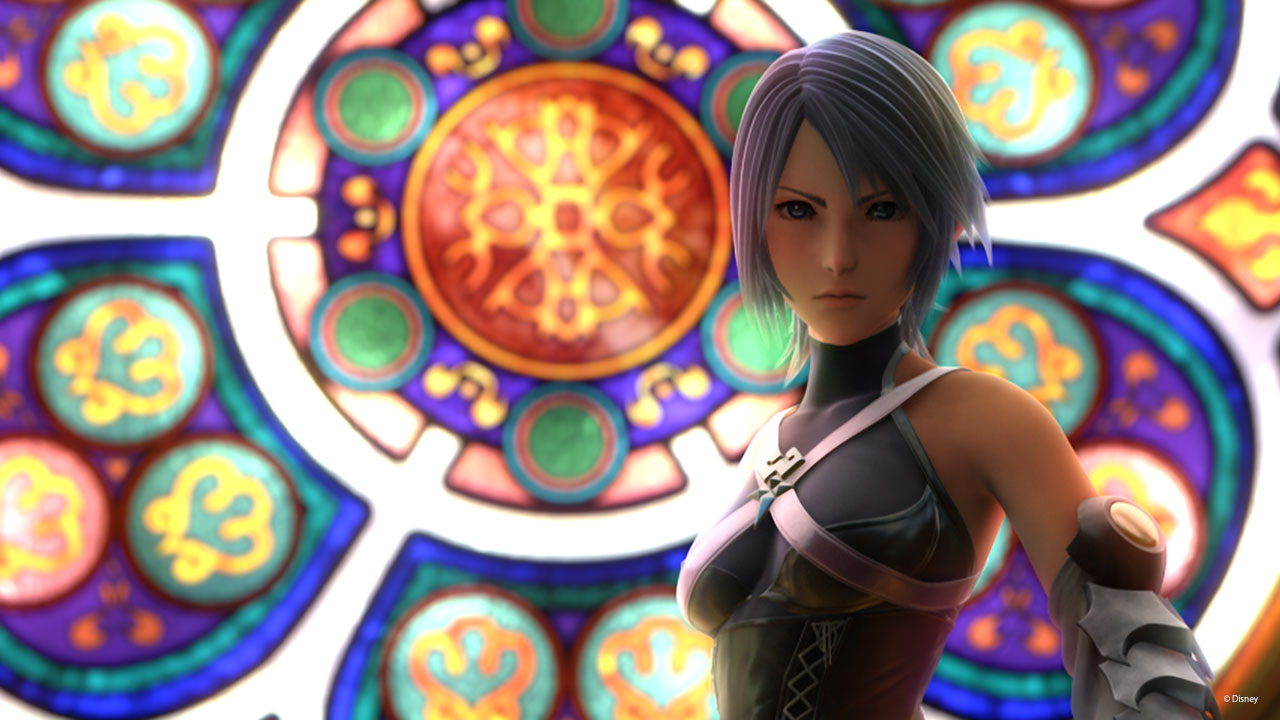 The hero's next step

The second batch of Kingdom Hearts games progressed the series in a number of ways, but nothing more noticeable than the gameplay mechanics. The 2.5 HD Remix compilation brings them all back fully intact.

KH2 feels closer to the original game, but adds in context actions that allow Sora to perform moves that aren't otherwise possible. These quick-time event prompts will differ from foe to foe and are often the key to surviving boss battles. It's easy to forget that the difficulty takes a bit of a jump from KH1 to KH2 and it's never more evident than when facing off against Organization XIII. Elements like context actions, as well as tandem magic spells and the Drive meter make harder sequences do-able without breaking the balance. It should also be noted that wielding dual Keyblades is one of the best feelings of KH2 and remains one of the game's best additions to date.

Meanwhile, Birth by Sleep adds a few keen new ideas of its own, like Shotlocks and Command Styles. While they're fine additions, the biggest adjustment is the individual character Deck Commands, which must be switched back-and-forth using the D-pad and used with the Triangle button. Managing these individual attacks and keeping track of their cooldown meters can be difficult and it doesn't feel nearly as intuitive as the magic commands from KH2. For those more accustomed to the combat of the original KH and KH2, Birth by Sleep has a noticeably steeper learning curve.

Fans of the franchise, as well as anyone looking to give the eventual Kingdom Hearts III a try, are best-served to run through these past games one more time. Remember, these are long stories that are filled with exposition and much more story has unfolded since their release. I was surprised by how many more dots I was able to connect on a fresh playthrough, not just to the overall narratives of these individual games, but also to the greater story as a whole. I'll grant that a lot of the story will leave people scratching their heads and in certain places, that's not about to change. In fact, watching some of the story unfold a second time with the knowledge of what happens next may actually leave more questions. This happened to me, but there were also many other places where I had "A-ha!" moments, where I'd understand the greater context and how those moments would feed into the greater narrative.

Kingdom Hearts HD 2.5 Remix doesn't tread upon much new ground, aside from the never-released Final Mix content. There are some new bosses and some new collectibles, like the addition of puzzle pieces to each world, which doesn't add too much to the overall experience, but is a nice thought. But KH HD 2.5 Remix is what it is: It's great fan service to help make the neverending wait for Kingdom Hearts 3 slightly more palatable.

These impressions are based on a PlayStation 3 retail copy provided by the publisher. Kingdom Hearts HD 2.5 Remix will be available in retail stores on December 2 for $39.99. The game is rated E10+.