Nintendo revealed what they have in store for Super Smash Bros. for Wii U during a dedicated Nintendo Direct presentation yesterday. As it turns out, their plans are quite extensive. The Wii U version of Smash Bros. is set to feature a number of features that aren't featured on its 3DS counterpart, including the franchise's first instance of 8-player Smash battles. So how is the Smash formula affected by doubling the maximum amount of players?

The results, as one might imagine, are chaotic. Shacknews was quick to jump into the insanity during a closed-door event to see just how much Nintendo is looking to pack into the Smash formula. 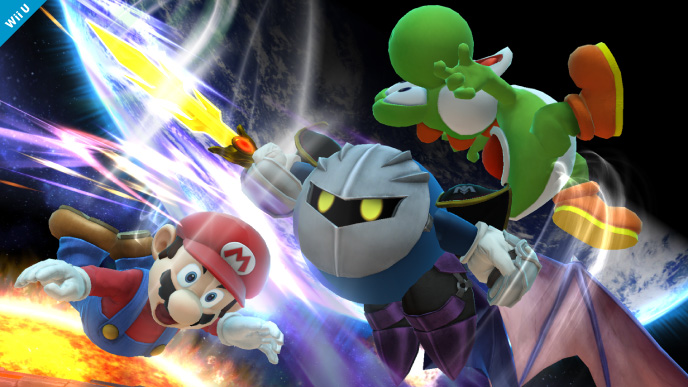 The 8-player Smash battles are one of the highlights of this latest iteration of the franchise, so much so that Nintendo is keeping it to its own game mode. Players can utilize any combination of Nintendo's vast array of controller options to jump into a massive local session. Although I had my 3DS and its copy of Smash Bros. primed and ready to go, Nintendo noted that this build wasn't set up for this layout just yet. Rather, they had two GameCube Controller Adapters hooked up to remind old-school Smash Bros. players just how good this option still feels.

The actual eight-player sessions felt refreshing, with multiple targets to keep track of. However, the action can get a little too out-of-control depending on the venue selected. Smaller stages were a playable option, but playing these felt constricted. Eight players trying to squeeze into the Yoshi's Island map can be a little too much, with players struggling for elbow room. These massive sessions are at their best when in larger stages, such as the Great Cave Offensive. In stages of this massive size, two or three players able to undertake their own battles in one section, as everyone slowly closes in on one another. Slow pacing is no longer a problem in these larger levels, since there's an opponent at practically every turn.

Since gathering seven friends isn't always a viable possibility, that's where the new Amiibo figures come in. In addition to standard AI characters, players can use their Amiibo fighters to take up any empty slots. The Amiibo characters will compete just as hard, if not harder, than their human counterparts. In fact, there were a handful of instances where Amiibo fighters managed to outlast seven humans in Stock battles. Since the Amiibo fighter was level 39 at its peak, it makes me wonder how powerful it can become when maxed out at level 50.

Amiibo figures are also an interesting new way to compete with friends, in a more unconventional fashion. Amiibos can be pitted against one another in unique AI vs. AI scenarios, as friends sit back and root their respective figures on. The Amiibo fighters will gradually learn on the fly, adjusting to their opponents' movements and level up in mid-game. The fighters will even adjust to their surroundings. Amiibo fighters that were going at it in Brawl's Mario Circuit stage learned to not only adjust to the opponent's moves, but also learned to avoid the stage's obstacles. Players can also use Amiibo fighters as reliable tag partners, as Nintendo reps indicated that 8-player Smash battles can unfold with 2 vs. 2 vs. 2 vs. 2 scenarios, as well.

The other new feature coming to the Wii U version of Super Smash Bros. is Smash Tour, the new board game mode. Structured similarly to Mario Party, Smash Tour sees users selecting Mii characters to run around game boards of three sizes, with user-set turn counts. The idea is to collect stat-boosting power-ups, similar to what's available in the 3DS Smash Run mode, but central goal is mainly to collect fighters. After all turns have elapsed, the four players will jump into a final battle with the fighters they've collected in a Stock battle with all characters boosted by the stat-altering power-ups collected. Smash Tour sessions move at a surprisingly brisk pace and unfolds far quicker than the average Mario Party session, with dice rolls only stopping when two players clash on the board. At that point, a four-player Smash will ensue with the winner collecting a share of opponent power-ups and characters. Smash Tour is designed for Smash addicts and casual Smashers alike, since those looking solely for the board game aspect can have the CPU fight on their behalf. 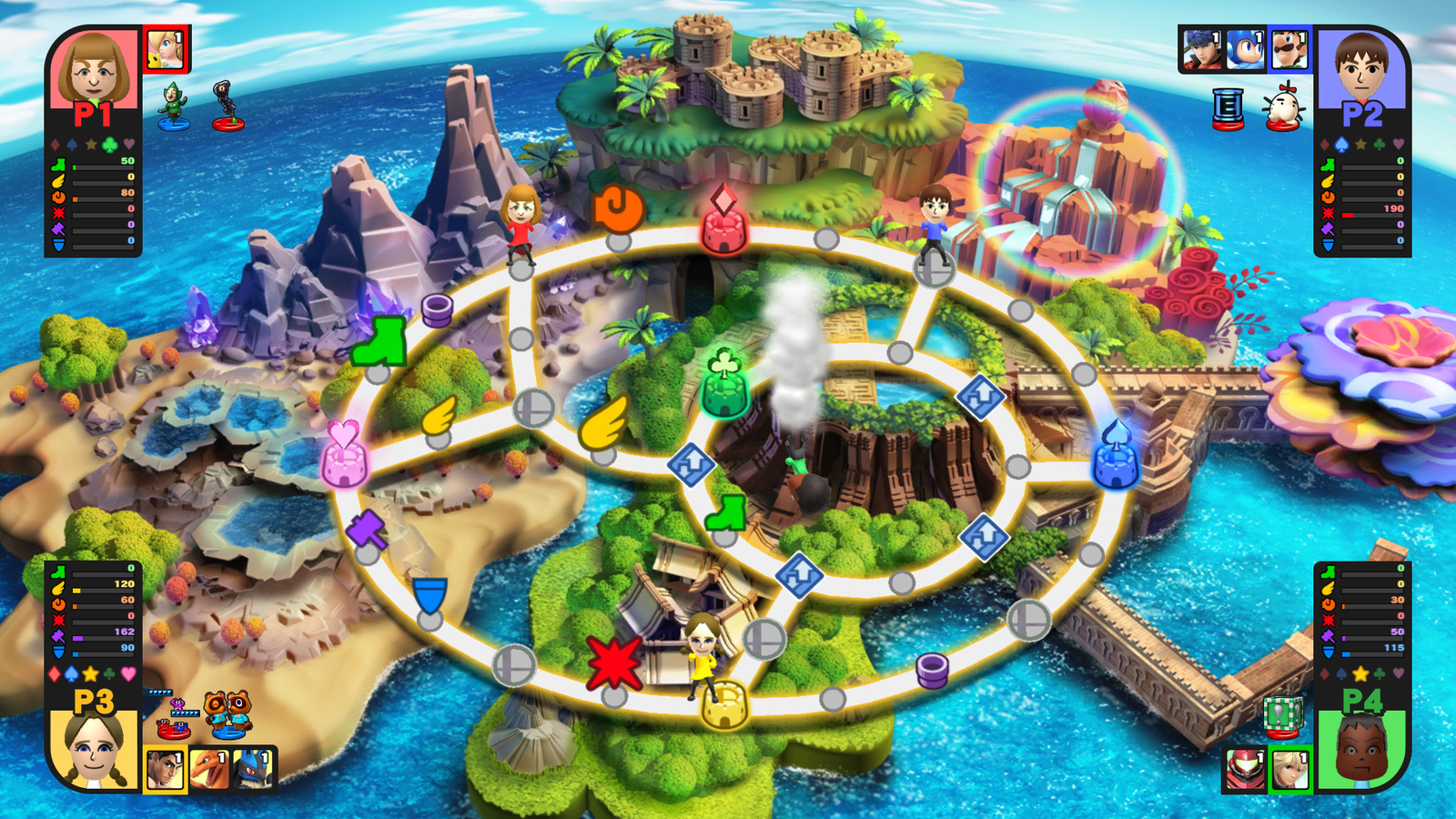 Super Smash Bros. for Wii U won't be short on other diversions, as well. The Special Orders mode offers an interesting new way to earn rewards through Master Hand-led tasks. Players choose from one of three tasks, divided by difficulty level, whether it's free-for-all, team battles, Giant battles, or one of the myriad matchup possibilities. Taking on harder difficulties nets higher rewards, with Crazy Passes among them. Crazy Passes will get players into Crazy Hand Special Orders, which are structured similarly to the Master Hand tasks. The major difference is that damage will accumulate over subsequent battles and in order to collect any rewards collected, the player must defeat Crazy Hand one-on-one in a Stamina Battle. Losing to Crazy Hand means losing all rewards. Also, this isn't exactly the kind of game mode that players can shrug off and start from scratch. Nintendo notes that Crazy Passes are being kept intentionally rare, so that intrepid players will make those Crazy Hand Special Orders runs truly count.

Other game modes appear to be improvements on previous console iterations. Event challenges are designed with branching patterns, with optional goals that issue more rewards. Target Blast is a larger-scale version of the 3DS game mode. But by far, the biggest improvement appears to be the Stage Builder. Though I spent a short amount of time with this mode, the Wii U GamePad touch controls look to be a vast improvement from Brawl's unintuitive interface.

This is just a small taste of what Super Smash Bros. for Wii U will look to offer long-time series fans. Nintendo is clearly going all-out for the franchise's latest installment, so much so that it may have already put the 3DS iteration to shame. Whether it will add up to be greater than the sum of its parts remains to be seen. Super Smash Bros. for Wii U will arrive on November 21.

This Super Smash Bros. for Wii U preview was based on a pre-release Wii U demo of the game at an event where transportation and accommodations were provided by Nintendo.