Last week, Warner Bros. announced a slew of upcoming DC superhero movies slated to launch between 2016 and 2020. Among the planned releases are two different Justice League movies, a Suicide Squad movie, and standalone films starring heroes such as Aquaman, Wonder Woman, Cyborg, Shazam, and The Flash amongst others. While this is definitely good news for DC fans who may want the movie spotlight back from Marvel, it has the potential to be even better news for gamers. The announcements highlight some of the characters from the DC Universe that have been sadly underutilized in video games, and the upcoming run of movies could help usher in a bright new era for lesser seen heroes. 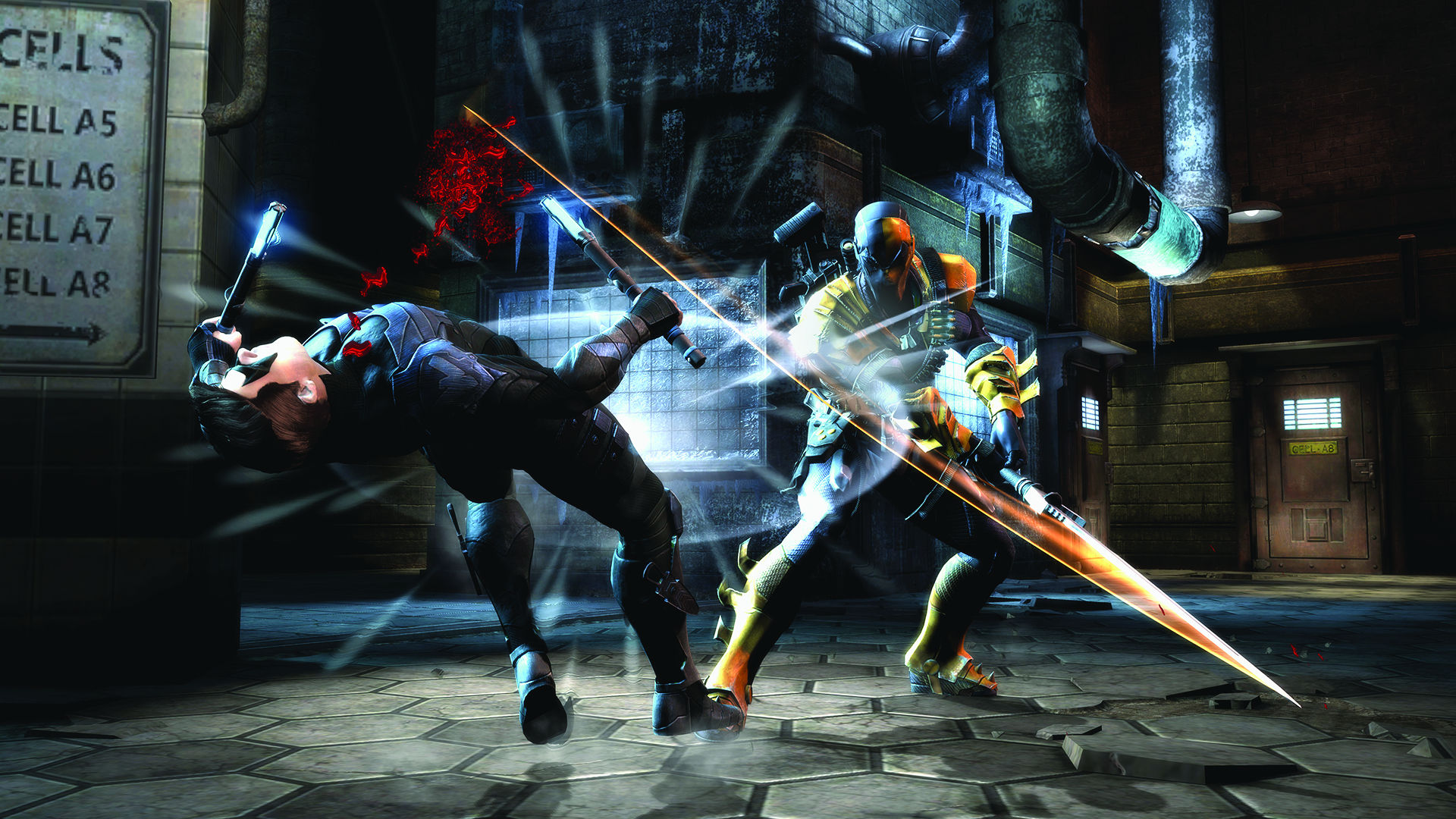 Fortunately for gamers, any developer hoping to create a DC superhero game in the coming years won’t have to start from scratch. Past titles such as DC Universe Online, Injustice: Gods Among Us, and, the Batman: Arkham series have already demonstrate that the DC universe has a ton of potential in the realm of gaming. Developers just need to focus on balancing the elements that made past DC games so fun with more original concepts that help to make their games feel unique and which compliment whatever hero/heroes they feature. Again, past DC games would be an excellent place to start, but developers certainly shouldn't be afraid to get a creative.

Variety In All Things

The Batman: Arkham series is hands down one of my favorite collections of games ever. While it’s cool enough to play as the iconic Dark Knight, I think what truly makes the Arkham games so fun is the well-balanced variety of gameplay systems in each game and that mesh well together. Developer Rocksteady could have just made a well-polished brawling game, but instead took the time to create a refined system that expertly blended stealth, navigation, combat, and investigation elements into an experience that was not only cohesive, but was also a ton of fun. 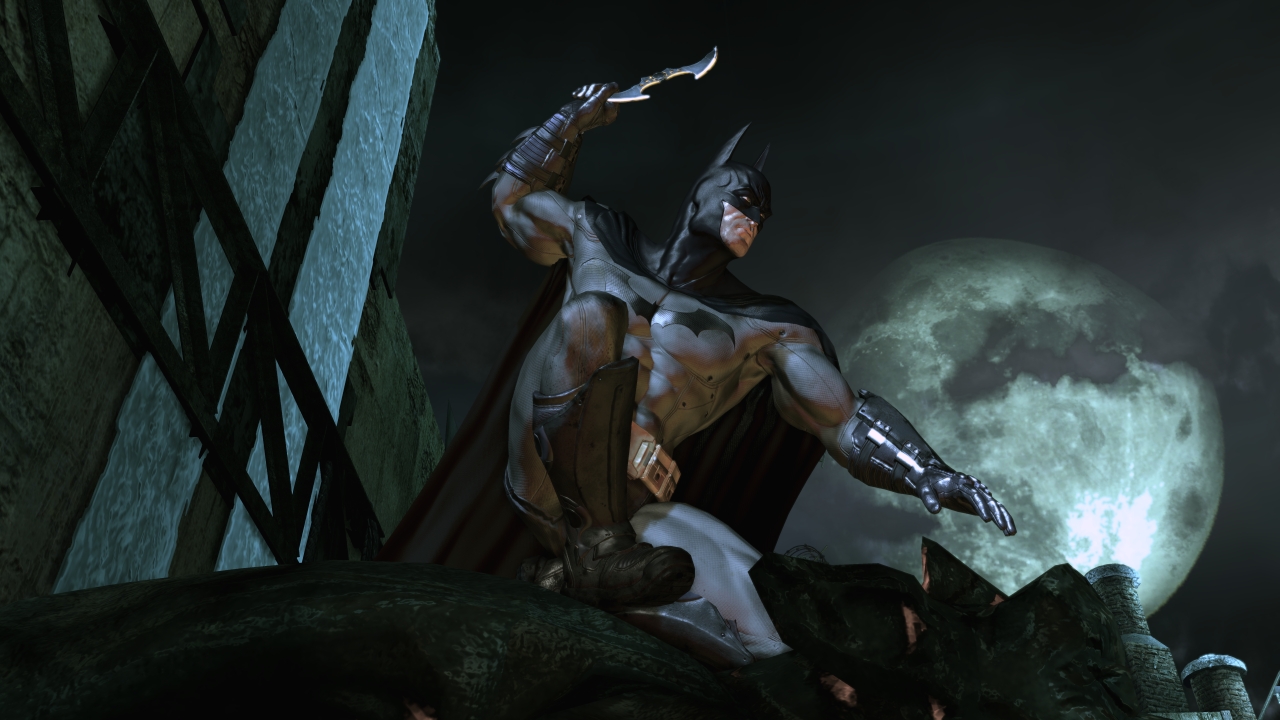 Future DC games should follow in a similar vein, playing to a hero’s strengths to create an experience that keeps players engaged through gameplay that isn’t only fun but which also evolves over the course of the game itself. A Green Arrow game, for instance, could feature stealth sequences, ranged combat encounters, melee encounters, and investigation elements. A Wonder Woman game meanwhile could have an Athenian open world for players to explore as well as weapons-based melee combat, navigation-based gameplay both on foot and in the air, and a dynamic crime-fighting system. This system (which, honestly, could work in any superhero game) could function in a similar way to Shadow of Mordor’s Nemesis system, allowing players to track down and apprehend an ever-changing hierarchy of criminals with Wonder Woman’s lasso of truth.

While several gameplay systems could work in virtually any game starring a superhero, again, it’s important that developers try to think outside the box. Injustice: Gods Among Us offered gamers a rare opportunity to see a large roster of DC heroes and villains competing on an even playing field. However, there’s only so much you can do with a hero when they have to be balanced against others for sake of a fighting game. If a developer wants to create a game starring a single hero, it should try to remember that making a balanced game doesn’t necessarily require hamstringing the hero’s abilities. Sometimes, the exact opposite is true.

Imagine a game starring The Flash that has you racing around city landscapes using parkour-inspired traversal systems (complete with obligatory slow-mo moments to show off The Flash’s agility) inspired by games like the classic Dreamcast title Sonic Adventure--except with speed that can make him intangible and allows him to break the time barrier. Or a game starring Cyborg that allows you to collect various parts and customize both his look and arsenal. A game with Deathstroke in the lead could allow you to pick and choose different heroes and villains to hunt, utilizing Deathstroke’s deadly arsenal for the job, with iconic foes in multi-tiered boss fights reminiscent of games like Dark Souls or Shadow of the Colossus.

Playing to a specific superhero’s strengths not only makes sense from a gameplay standpoint, it also helps to draw pre-existing fans in while also bringing new fans into the fold. I’ll admit I had no idea just how extensive Batman’s detective skills where before playing Arkham Asylum. Before then, I just assumed he was a guy who dressed up as a bat and who was good at fighting. Developers that are creating DC superhero games should always strive to make their given hero’s strengths (and maybe weaknesses) shine through not only in their game’s backstory and dialogue but also in the gameplay itself. An engaging story starring a beloved hero can help draw players in, but gameplay that compliments that hero’s iconic persona will keep players invested for the long haul.

Marvel has more than a few upcoming film/tv projects, the most prominent being Avengers: Age of Ultron. But it also has upcoming Netflix shows starring Daredevil, Luke Cage, Jessica Jones, and Iron Fist, which could be turned into great games. An open-world game starring Daredevil, using his unique hyper senses, or a brawling-focused game starring Iron Fist could make an interesting start. But perhaps a look back at past forays might better help introduce these characters to the gaming world. The Marvel Ultimate Alliance games offered a broad roster of characters, like what Injustice does for DC, but instead of having them fight it out, players can create four-person teams of heroes and villains that combine their powers in cooperative scenarios. Even better, the second game allowed players to utilize specific hero pairings to create special “combo powers” such as a fiery tornado summoned by Storm and the Human Torch.

The upcoming third Captain America film will supposedly feature a rebooted version of the Civil War story arc that was featured in Marvel Ultimate Alliance 2, and I believe many Marvel fans would love to explore this iconic and morally ambiguous arc for themselves. I’d also be surprised if a new Avengers or Guardians of the Galaxy game didn’t show up at some point in the coming years either since both would make for a fun co-op game. Heck, give me a game starring the Avengers and the Guardians of the Galaxy and I’ll play it gladly.

With two Justice League movies planned for release, DC should consider an Ultimate Alliance-style game starring its pantheon of heroes and villains. Obviously, extra care would have to be taken to ensure all the different playable characters felt unique and were all fun to play, especially with Superman on the roster. Such a game could certainly appeal to fans who enjoyed seeing all their favorite characters gathered together in games like Injustice and DC Universe Online.

I am well aware that many past superhero games, especially ones based off of movies, have ended up being sub-par experiences. It’s disheartening to think that the Batman: Arkham games are the exception rather than the rule when it comes to players’ expectations, but I like to think that other games like Injustice and the LEGO Batman games are part of a long-lasting upswing. With a new generation of consoles comes a new era of capabilities, and I remain confident that any developer hoping to translate the appeal of superheroes from comics/film to games will be successful as long as they take advantage of said capabilities. Rocksteady found success with Batman because it took the time to understand the character and figure out what about him would be most fun to play in a game. Hopefully future developers working on other heroes will follow suit.

ShackStream: Indie-licious chases paradise in One Step From Eden