Developer Stardock is preparing to venture into the 4X genre. However, the studio behind Galactic Civilizations and Sins of a Solar Empire: Rebellion are looking to make this particular entry a little different from its contemporaries. To start, you've already lost. Indeed, the villain has won before the game has even started. So rather than compete against fellow players, Sorcerer King will see players compete against an almighty AI villain that controls the game's world and is seeking to destroy it by becoming an all-powerful god.

"In the past couple of years, I've been playing a lot of fancy 4X games," Stardock president and Sorcerer King lead designer Brad Wardell explained to Shacknews. Among the game he's played and credited as solid entries to the genre include Age of Empires III, Warlock 2, and Endless Legend. "And it hit me that it would be interesting to make one of these games... where you lost. The bad guy won. The game starts out where the Sorcerer King already conquered the world. You are not the Sorcerer King. It's really his game. You're like a minor faction in his game. He's the one playing the 4X game, so to speak. He's researching technology, he's sending out settlers, he's learning new spells, and everyone's basically been killed off. And now what he's trying to do is, he wants to become a god. Your job is to stop him from becoming a god. You are the last of the kingdoms left. You're down to your last city. And you have what is called the 'Forge of the Overlord,' which allows you to craft magical items to equip all of your guys with.

"The other guys, the ones who were in the previous 'game,' they're basically just remnants of their former selves. You must go out and try to win them over. You don't win them over through the traditional 4X diplomacy screen. There's no treaties, there's no trading of goods, there's no caravans or anything like that. Instead, they ask you to go on quests and do them favors, in order to build up favor with them, so they will fight on your side. But at the same time, the Sorcerer King is trying to do that with them, as well, to get them to succumb to his will."

There are hundreds of different quests available, all written out by Cracked's Chris Bucholz, to help keep the game's tone light-hearted. Each one helps contribute to the player's army or contributes to the player's personal inventory by gaining craftable items. Building up armies will allow players to take on the Sorcerer King's powerful forces, eventually making their way to the Shadow Gate. The idea is to eventually take on the omnipotent mage himself. However, time is of the essennce, since the doomsday clock will constantly be running. Expect the quests to vary in design and feel more akin to certain roguelikes that PC users may be familiar with.

The 'Game Master' duties will all lie solely with the titular Sorcerer King, who will not rely on scripted events to make his moves. As the player collects the magical shards necessary to defeat him, the King will likely be playing the game himself, in an effort to destroy those shards. Players must not only exercise effective strategy, but they must also do so in a race against both the King and the clock.

Wardell notes that the Sorcerer King will see the player's army as a minor faction, one worth dealing with in various ways. This includes diplomacy, as the King's envoys will occasionally bring some 'deal with the devil' offers to the table. 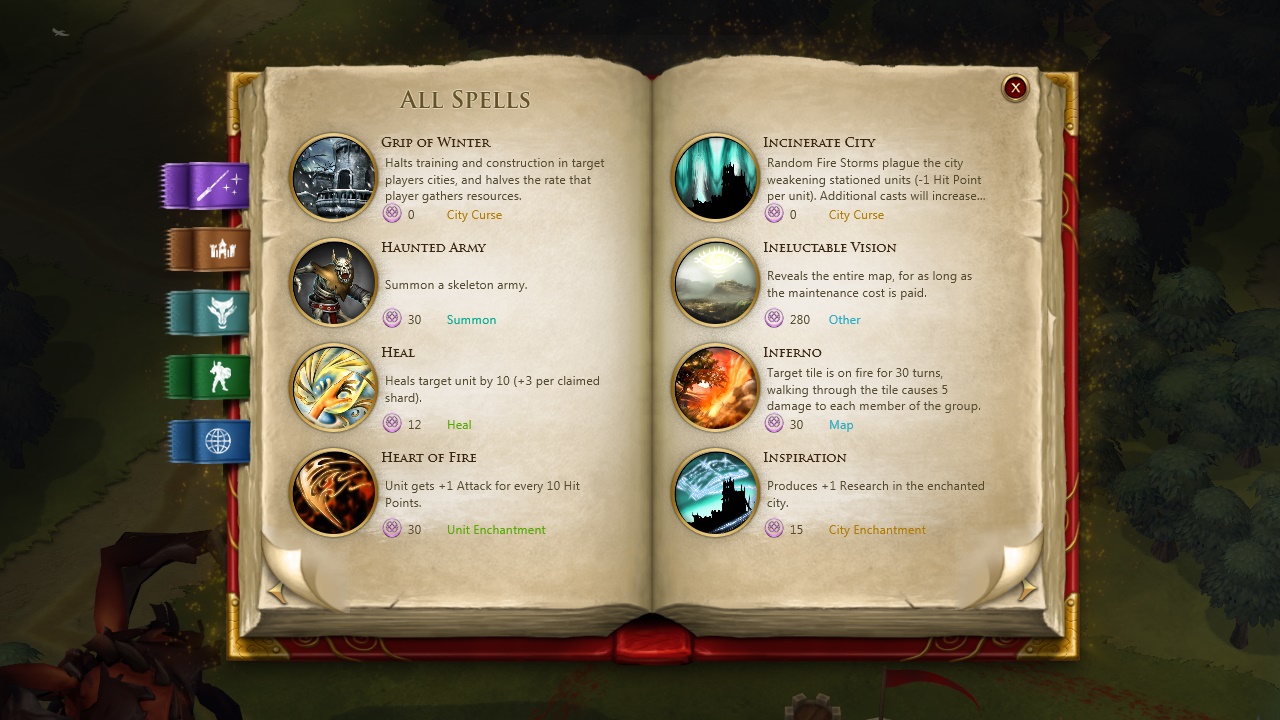 Players will start off by controlling the Wizard, but will eventually gain access to six different playable sovereigns over the course of the game's development. Each sovereign will have their own skill tree, spells, and special units. Games will all unfold differently across several different maps, with Stardock on the lookout for player feedback throughout the course of the Early Access cycle. Map sizes and pacing settings will also influence how long each session lasts, though Wardell puts individual games at an average of about 300-400 turns.

Sorcerer King is aiming for a spring 2015 release on PC, with the development team offering live streams of the game's ongoing progress each Wednesday. The game is available now on Steam Early Access for $34.00, 15 percent off of its normal $39.99 price tag.