Stern Pinball has slowly but surely been bringing back pinball games to the arcade, with tables based on The Avengers, Metallica, AC/DC and other popular brands. Now, it might have just hit the jackpot, as it's bringing zombies to arcades everywhere with a special edition The Walking Dead pinball.

Based on the AMC series of the same name (which is about to enter its fifth season), The Walking Dead Pinball recaptures the intensity of the TV show, with scenarios and characters lifted straight from it for both regular and limited edition designs, which are sure to please die-hard fans. 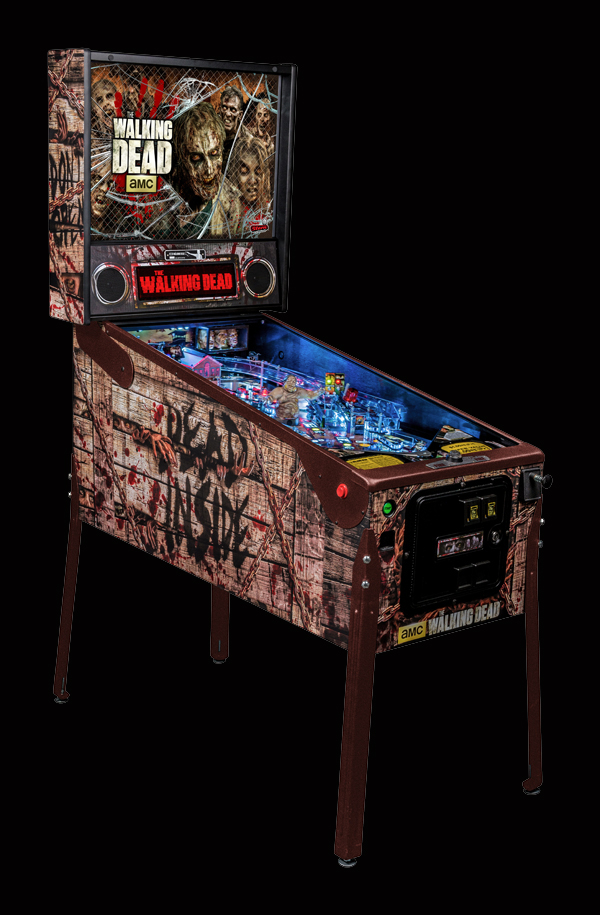 "The Walking Dead story has captured the intrigue of audiences for years – from the popular books to the hit V series. We are thrilled to serve such a passionate fan base and to bring this game to pinball fans," said Gary Stern, chairman and CEO of Stern Pinball.

You can shake things up with The Walking Dead pinball when it releases into arcades this fall.