Nintendo has revealed a stellar cast for Super Smash Bros. thus far, featuring the likes of Mega Man, Wii Fit Trainer, Little Mac from Punch-Out!!, Pac-Man and a variety of other faces. But the company is still holding back a few surprises, and some of them might have just surfaced today in a leak from NeoGAF.

Arcade Sushi has reported on the leaks in full, which includes 11 additional fighters that haven't been confirmed yet. These names include Ness, Wario, Ganondorf (from The Legend of Zelda), Falco (from Starfox), Jigglypuff, Mr. Game and Watch, and Dr. Mario from previous releases in the series, along with Bowser Jr., Shulk (from Xenoblade), Dark Pit and the Duck Hunt Dog as the final four. 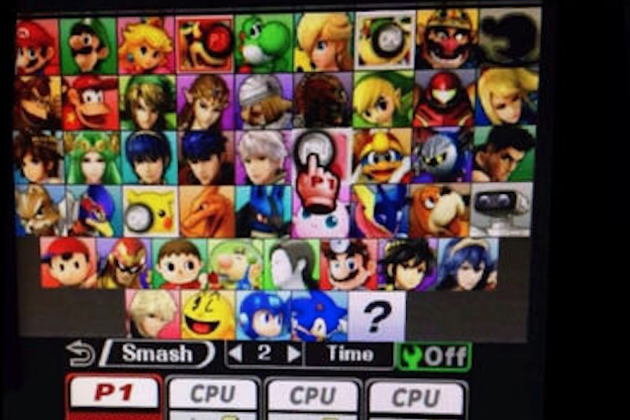 In addition, there appears to be room for DLC fighters in the roster as well, and although the names haven't been confirmed, it appears that the Ice Climbers, Lucas, Wolf, the Chorus Men from Rhythm Heaven and Metal Gear Solid's Snake will possibly be included.

Arcade Sushi's link also posts to some videos, albeit unofficial ones, showing some of these characters in action.

Nintendo hasn't confirmed any of these names, and isn't likely to until closer to the game's release later this year, but some of them certainly do have potential. For now, we'll have to accept this as rumor, and see what Nintendo reveals this weekend at PAX Prime. Fingers crossed on that Dog, though…we've been waiting to get even for AGES.

Fortnite has been removed from the App Store, Epic and Apple go to war
Login / Register