DC Universe Online continues to soar for Sony Online Entertainment. And while the PC crowd has embraced the EverQuest franchise and PlanetSide 2, the DC Comics-based MMORPG is starting to find its stride on consoles, with a large number of the PlayStation user base coming to adopt it.

Roughly 76 percent of all registered DCUO players are playing from a PlayStation console, whether it's PS4 or PS3. That player base is now anxiously awaiting the next phase for the MMORPG. To learn more about what's coming to DCUO, Shacknews spoke to executive producer Larry Liberty during last week's SOE Live event about what shifting to a monthly DLC model means for the game.

"For the future, we are less bound by the narrative of the DLCs," Liberty explained to Shacknews. "That's a big part of the reason why we wanted to break things apart. In the past, it was always 'We're making this DLC, we know we need to choose characters that fit.' That's why we would have done Doctor Fate and Felix Faust, because they were the stars of [the Hand of Fate DLC]. We don't have to do that anymore. Going forward... these are characters that people have been asking for for a long time, they're not ones that we've featured prominently in DLCs, but we just want to do them, because we think fans will like them. Popularity is a big, big indicator of what we should do next and we've been listening to forum feedback and to our community. If enough people request or we feel a character fills a hole in our Legends roster, we'll go there."

With the roster of Legends about to expand, it makes the announcement of Legends PvE that much more exciting for DCUO fans. Libery went into more detail about this upcoming feature and whether the roster of DC's finest would be able to step into any existing content.

"Initially, we won't do that," Liberty said. "We've discussed ideas that would allow players to choose from all the content, but initially, we tend to be more conservative. We're going to have themed events and we'll probably limited initially to 'Alerts,' which is teams of four. We'll choose a particular piece of content, which could be 'League of Assassins,' which is a Batman-themed one. There would be Feats associated with that and there would be Feats for playing as the Bat-family, for instance. But you'd be able to play as whoever you've unlocked and keep in mind that we don't sell Legends. Most of our Legends can be unlocked through in-game achievement."

With these exciting features set to hit DCUO, it could mean an influx of new players, especially as more and more users adopt the PS4 for the first time. With that in mind, Liberty discussed how the team has been looking to make the game more approachable to newcomers.

"Part of the effort that went into making PS4 improvements was focused on that," Liberty explained. "Last year, we looked at our leveling content and we looked for problem spots. We looked at spots like 'Where did people get lost?' and we tried to even those out and smooth out that process. I recognize that there's still more we can do there and, on that note, within a month or so we'll be launching a polished tutorial. That's a small step and the UI is something that also needs to be improved dramatically. We have a UI that can be confusing and it can be difficult to find what's new and how to use it. The new UI we have planned will solve a lot of those problems." 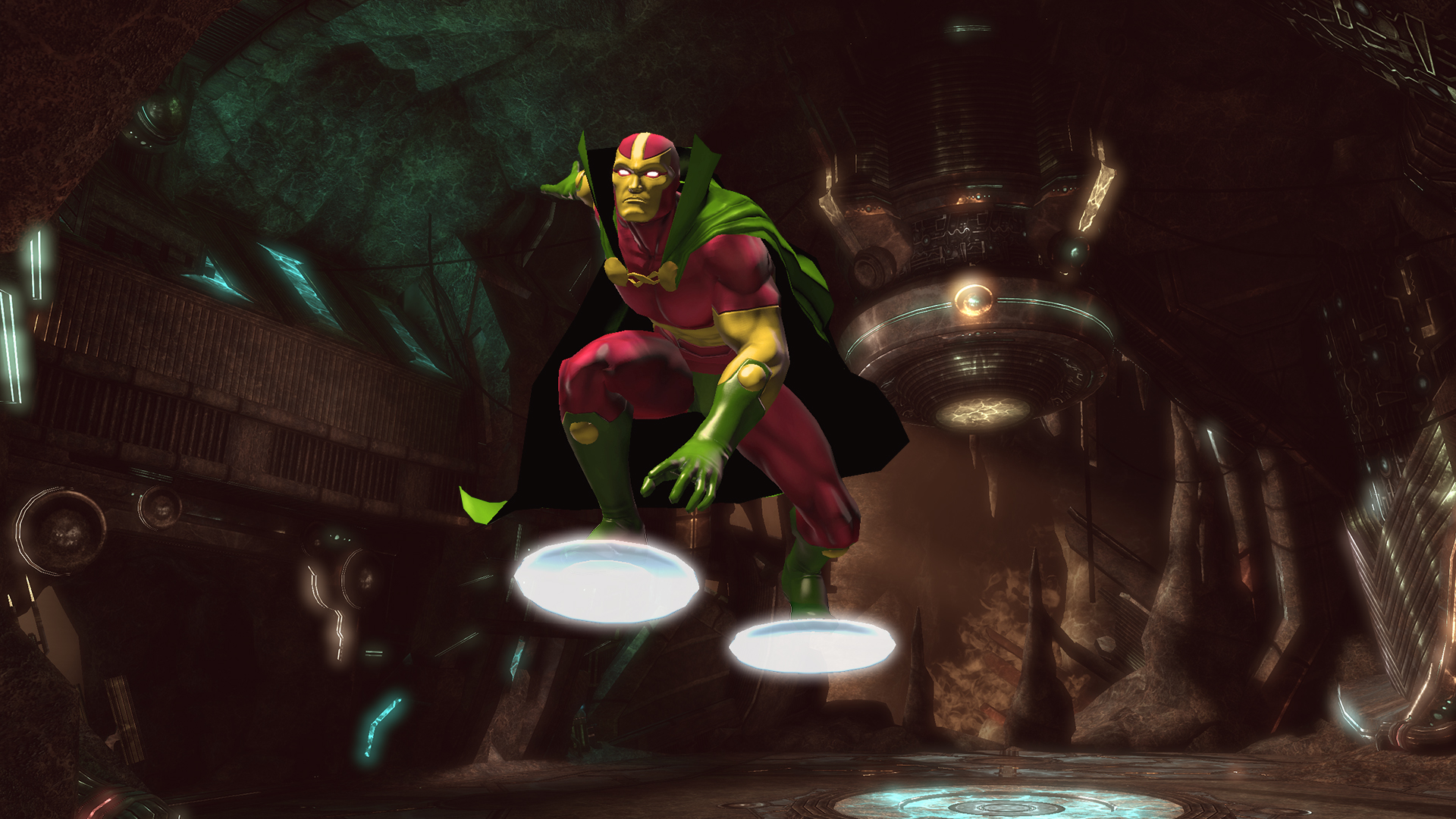 Among the new features that those newcomers will encounter are whole new sets of powers. Munitions, Atomic Healing, and Experimental Serums are set to make their arrival soon, with the dev team targeting a December launch.

"They normally do take about three months to develop," Liberty added. "But because we're not constrained by a DLC, if one takes less time or more time, we have some flexibility for a ship date."

DC Universe Online isn't planning to slow down anytime soon, especially with a handful of its DLC trilogies set to continue in the next year. Liberty also reiterated that once those stories wrap up, the team will begin work on a new Kryptonian trilogy that will center around Superman, his supporting cast, and his rogues gallery of villains that includes a debuting Doomsday.

Kyle Rayner is the first of the new Legends to make their way into DCUO with Game Update 41 set to release in late September. However, that's not all players should be on the lookout for, since there's still an update set to deploy before then.

"We're overhauling gadgets," Liberty said. "We're adding an 'Advanced' mechanic and adding a whole new mechanic that will allow players to reach top damage potential with gadgets. We've got a couple of other features in addition to Legends coming and we should have another power revamp with GU41."

For more with the DC Universe Online development team, check out the video interview with creative director Jens Andersen below to learn about what else is coming to DCUO in the future.