Ubisoft, eager to showcase one of its forthcoming titles for the holiday season, has posted a new gameplay video for Assassin's Creed Rogue, which will be making its debut this November for Xbox 360 and PlayStation 3.

In the eight minute clip, you'll get an idea of what it's like to hit the high seas in the Morrigan, with battles that are quite similar to the ones you experienced in Assassin's Creed IV: Black Flag. You'll be able to sing shanties with your crew, track down important goods to upgrade your ship, and, as expected, engage in high-sea battles that are certainly a lot of fun. 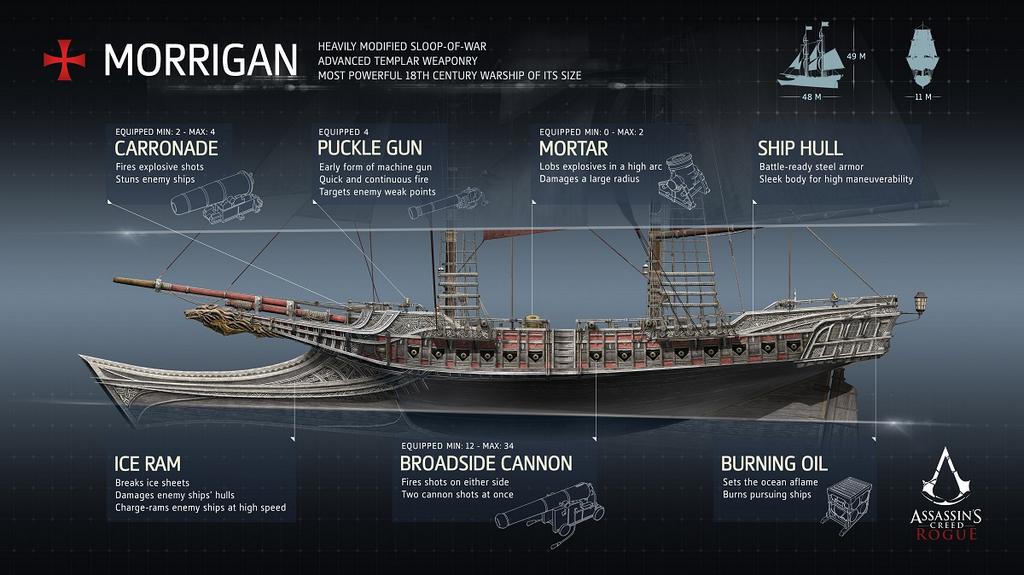 You can check out the extended gameplay clip below, and expect more information on Rogue in the days ahead!