The days of going into the past for World War II and diving into the present conflicts for the modern battlefield are over. Call of Duty is ready to venture into the near future with Call of Duty: Advanced Warfare and the jump into the future also means some new twists for the multiplayer scene. Shacknews recently had the opportunity to find out just what Sledgehammer Games has in store for the long-running franchise by going hands on with the newest iteration of multiplayer. 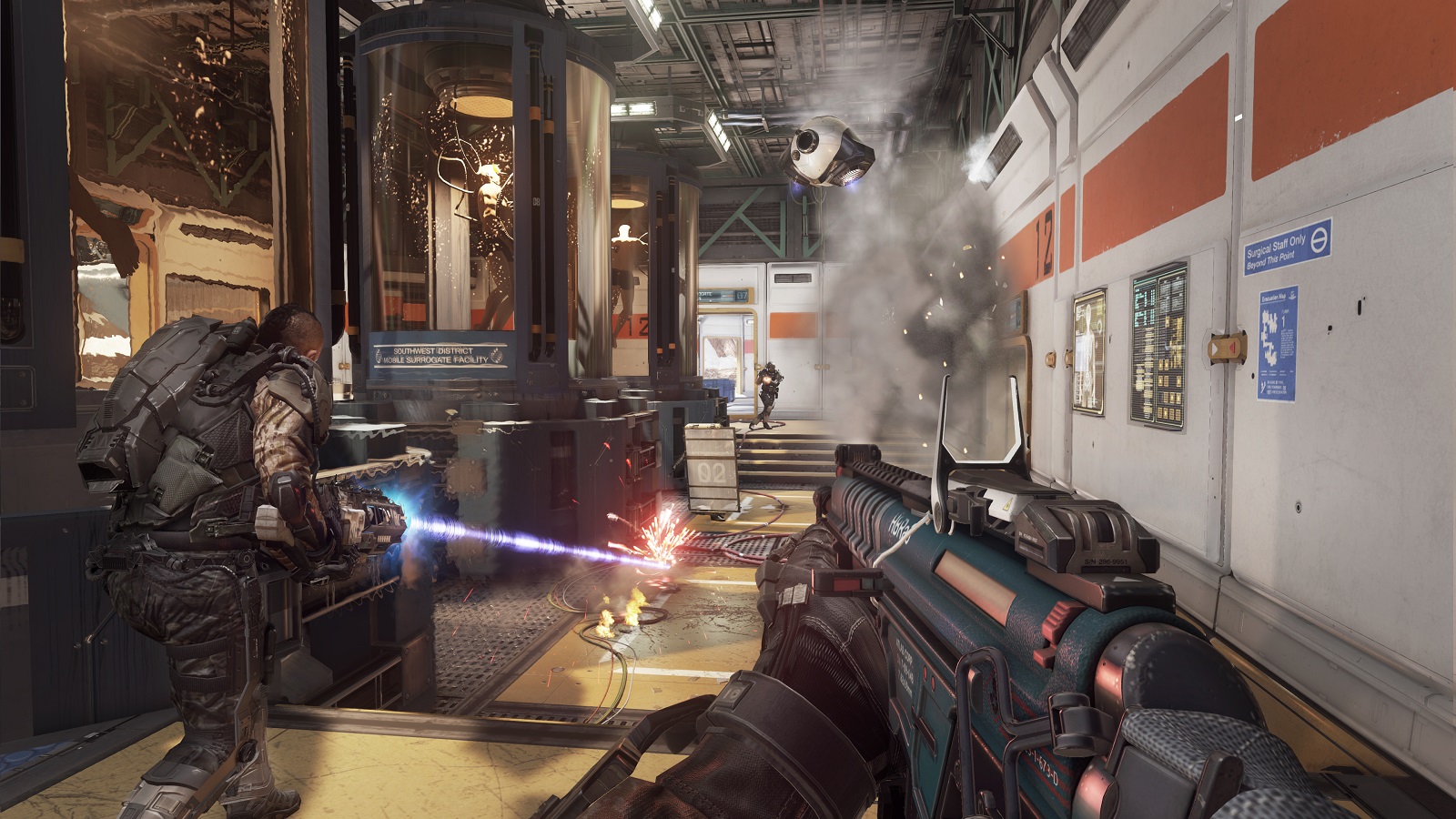 While Advanced Warfare still feels like Call of Duty at its core, the exoskeleton movement did offer some interesting ideas. The ability to double jump at will meant having to keep an eye out for gunfire above me. Getting to new heights was a lot easier and combined with some destructible environments, it's become a lot easier to get the drop on the enemy. Combat is definitely speedier and controls feel a bit twitchier than they did in last year's Ghosts.

Adding to the frantic nature of the combat are the new maps, each helping add to the new normal of vertical battlegrounds. The new maps include: 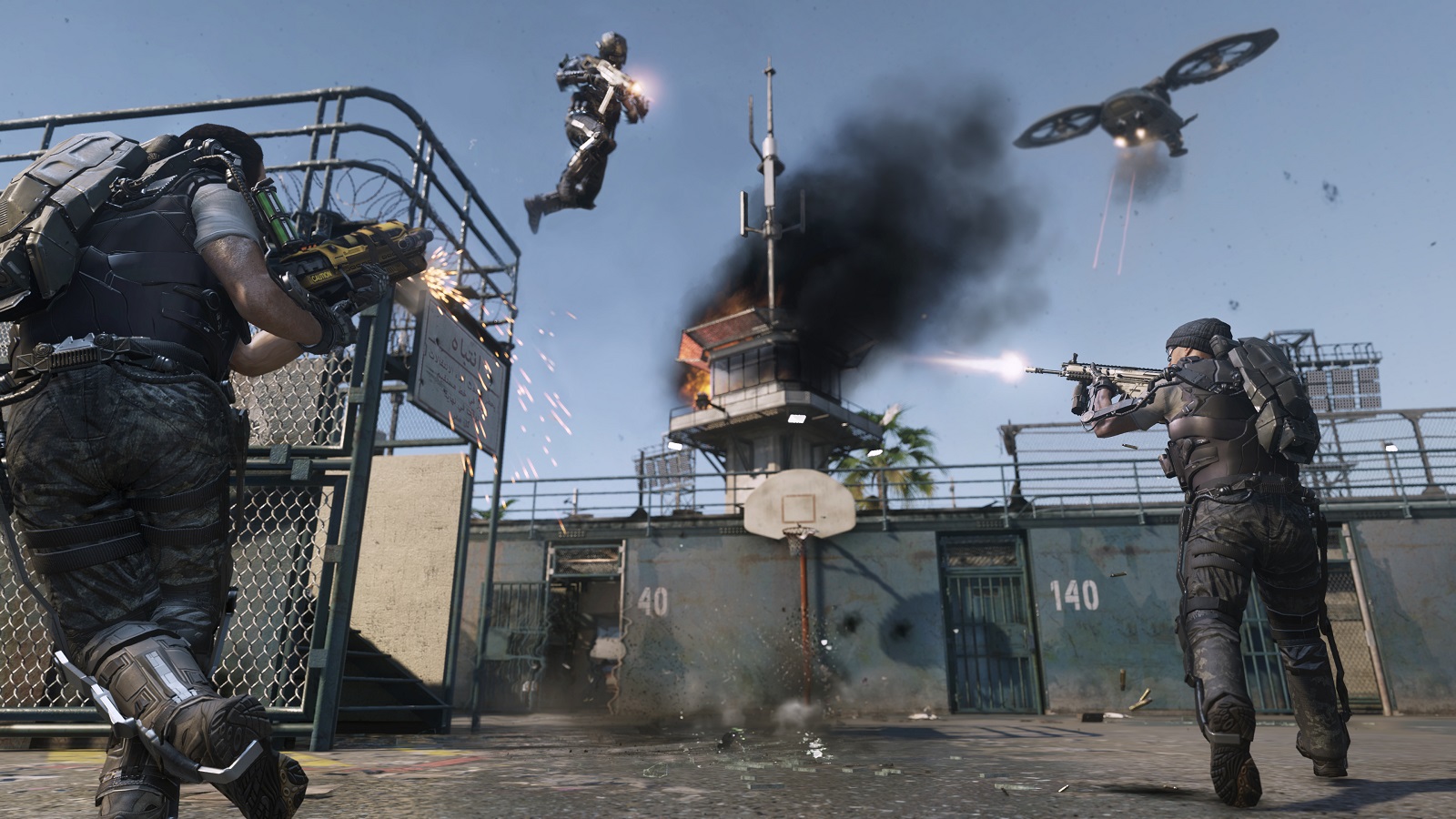 Multiplayer is being enhanced by a new Supply Drop system, which adds a loot system to the usual XP progression. Roughly 1,000 rewards will be available over the course of multiplayer, each offering unique add-ons like weapon attachments, character gear, and one-time-use Reinforcements. Supply Drops can be earned after certain time intervals and by completing individual challenges, offering the latter something more rewarding than simply extra XP.

Fans of Call of Duty: Black Ops 2 will also have something to get excited about when it comes to loadout building. The popular Pick 10 create-a-class system will make its return, only this time, players can Pick 13 attributes for their custom loadouts. Attributes can be used for weapon abilities/attachments, exoskeleton abilities, and score streaks. In a new twist, certian score streaks can be shared with teammates. For example, if somebody earns a Warbird, a teammate will randomly be prompted to help control the Warbird and rain death from the skies. It's an interesting idea, but one that I couldn't quite grasp how to get working.

Having been on the sidelines for several years, Sledgehammer is aching to put their stamp on Call of Duty with their own game modes that are based on the games they've enjoyed so much. Momentum, in particular, is a throwback to classic Treyarch CoD installments. Based on their old War game mode, Momentum sees teams chasing after five consecutive capture points. Capturing each point will up the momentum meter, meaning subsequent captures will come faster, but the opposing team capping a point will reset that meter. The other new addition so far is Uplink, which sees both teams chasing after a satellite drone and racing it to the opponent's uplink station. Think of this mode as a slightly different take on basketball, with soldiers unable to fire their weapons while holding the ball. If things get hairy, they can pass the drone to a teammate or even toss it at an opponent to have them lower the arms and leave them vulnerable. 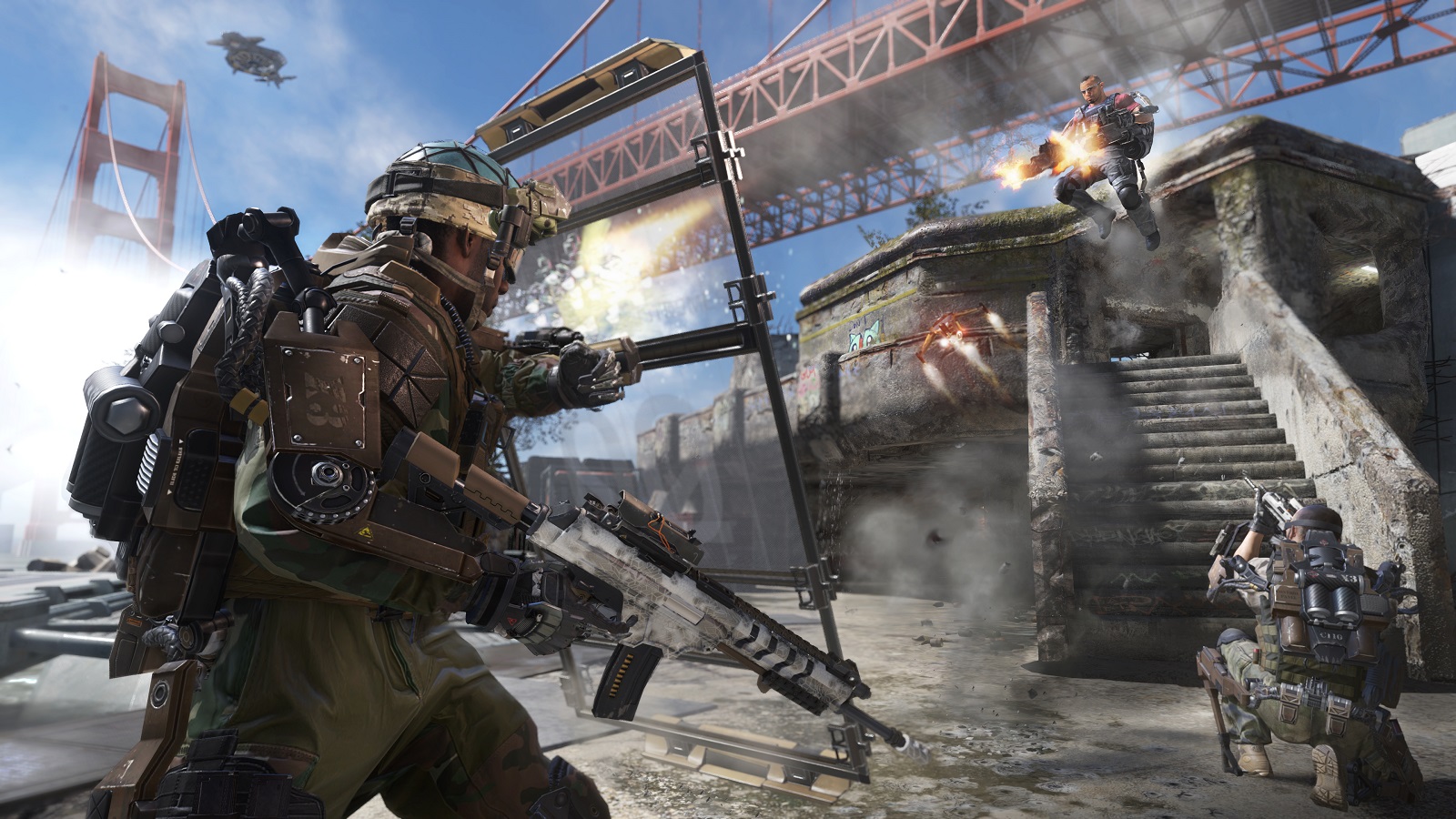 But in keeping with the theme of Sledgehammer respecting their predecessors, they're also making sure to bring back a number of popular game modes. Beyond the standard Team Deathmatch, Kill Confirmed, and Domination, expect to see modes like Capture the Flag, Search and Destroy, and Hardpoint make their return from Black Ops 2. A total of 12 game modes will be available at launch with more potentially coming later.

Sledgehammer is hopeful that Call of Duty fans will find the multiplayer worth coming back to, to the point that they've implemented a deep character creation system. Players can customize their male or female soldiers with different head types, various clothing choices, or cosmetic exoskeleton parts. Additional pieces can be earned over the course of the game through Supply Drops.

Advanced Warfare's multiplayer appears to be a labor of love from Sledgehammer. Their enthusiasm certainly shows with the selection of game modes, the map design, and the numerous customization options. Those that favored Black Ops 2 over last year's Ghosts will have plenty to rejoice over, with Advanced Warfare going to great lengths to get many of the former's game modes and features back for their own effort. We'll find out if Sledgehammer's debut entry to the Call of Duty world can compare with their colleagues when Call of Duty: Advanced Warfare does battle on PC, Xbox One, PlayStation 4, Xbox 360, and PlayStation 3 on November 4.