Neill Druckmann: The Last of Us film will be quite different from game

It was announced a little while back that The Last of Us is being made into a big-budget Hollywood film, with Neill Druckmann, the game's director, on board for the production. However, during a recent discussion with MCVUK, he proclaimed that adapting the game for another medium isn't as easy as it seems.

“In two hours you can't tell the same kind of story that you can in a game like The Last of Us, which is 15 hours,” said Druckmann. “I'm in the middle of it now, and it's been super difficult because there's so much that happens in The Last of Us – even just in the cinematics – that can't fit in a film, let alone all the gameplay in-between and dialogue.”

Druckmann stated that the relationship between Joel and Ellie will stay on point, but other changes will have to be made. “It almost has this novel quality as far as how much content there is,” he said. “And a film works really well when it's laser-focused, so the first part of it was like: well, what is this story really about? It's clearly about Joel and Ellie. What are the most important beats that we can't lose? Start with those, and cut everything else out.

“It's been really difficult to cut certain things out, but what I'm starting to get this is really focused narrative that's about these two characters. Some parts will be similar to the game and some parts will be quite different, but it's kind of interesting in helping me understand this other medium and its strengths compared to video games.”

As far as video games becoming rather inferior films, Druckmann was quick to react. “I think it's just our perception,” he stated. “In many ways games surpass those other mediums.

“Fatal Frame 2 is the scariest kind of experience in any medium; I haven't seen a movie that comes close to the fear I feel when I play that game. Ico has me connecting to another character in a way that no book ever has. Likewise, a lot of games can make you feel guilt, make you take actions that you don't necessarily want to take, but you have to in order to proceed, and that's something a film can never do.

“Different mediums have different strengths, and games just have this bad perception that they're slowly overcoming. One of the kind of things I'm trying to do is promote the idea that games are this compelling narrative form, just as strong as any of these other mediums.”

No word on when the film will arrive, but the first teaser poster has been posted below. 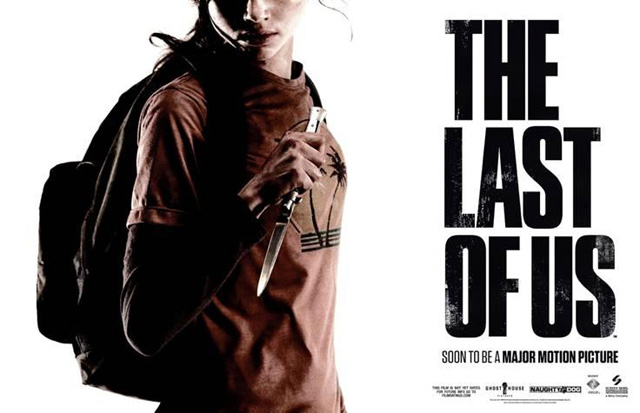