The Crew impressions: Cooperative competition takes you by surprise

I wasn't expecting much from The Crew when I first stepped into the presentation room at the Ubisoft Summer Showcase in New York City. What's there to know, right? It's a racing game built for the new generation of consoles. After sitting down with it, I found out that it was that and something more.

The Crew is an MMORPG wrapped in an online racing game. The road spans the entirety of the United States, and it's possible to drive from one coast to the other, although it would take about 45 minutes to do so. This is a truly open world that includes a variety of different surfaces like street, beach, dirt, deserts and snow capped mountains. The free drive mode lets you go anywhere you want, where you'll encounter other players, AI racers, and ghosts from others that have beaten your record. Best of all, the entirety of the content is accessible without loading. So, you can embark on a cross-country adventure without seeing any load screens between areas. But don't worry, you don't have to drive it all. The game features fast travel, so you can quickly get to the cities and events you want at the press of a button.

There are five different car classes that include perf, street, raid, dirt and circuit. Perf is short for performance, which is about high speed but low handling, while circuit is an all-out professional racecar. The basics of the game are fairly straightforward. Completing races earns money and parts, parts are used to upgrade your car, so that you have a better chance to win future races. However, what makes The Crew standout is the fact that a single car can be completely revamped using different kits to fit any situation. It's entirely possible to progress through game using a single car. A Ford Focus can be modified and redesigned to the point where it can compete against a Lamborghini. Different loadouts also outfit the vehicle for different surfaces and events - to the point where you can hardly recognize what the original car is. 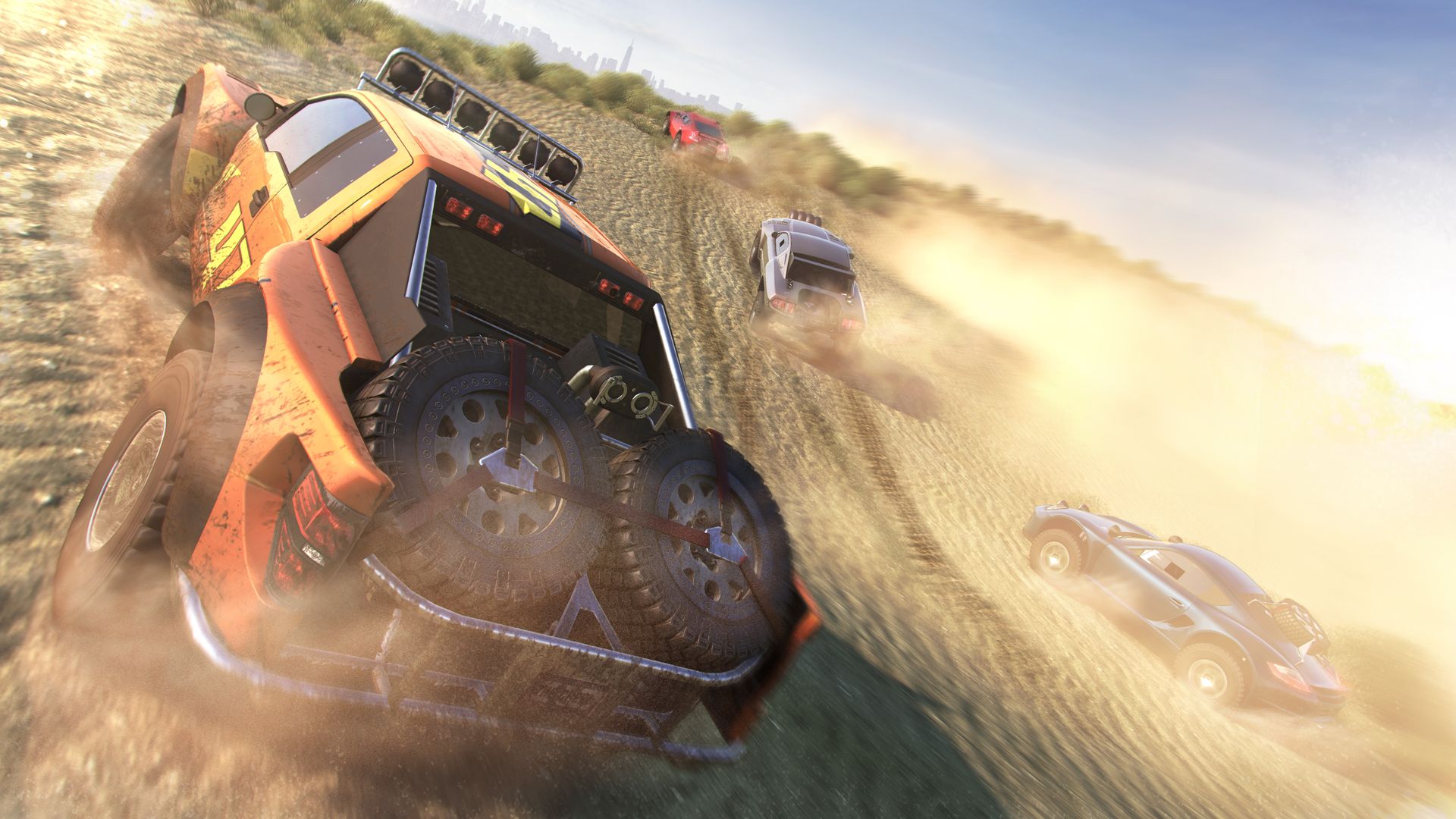 Loadouts can automatically be summoned using the in-game cell phone. You don't have to drive back to a garage, nor do you have to wait for some NPC to deliver a new ride to your location before an event. You just bring up the menu, select the preset you want, and your ride is automatically transformed. Cars between the five classes drive very differently, as I was about to find out. Our first event was a cooperative takedown, where our crew chased an AI controlled car through off-road dirt terrain. My car was spec'd out to look like a sort of buggy with oversized tires, which worked great for handling on dirt roads. I was also struck by the amount of detail the game has, such as how dirt and mud collected on the back bumper. Cars also receive damage when crashing, but it doesn't impact driving performance until it gets really severe.

At a time when racing games are getting all the more serious and difficult, The Crew's accessibility is very refreshing. It's fun to take things off-road, plow through fields, and do donuts. Then quickly switch out your car for a nice, high-speed, street race through the city streets of Miami or Las Vegas. If you make a completely wrong turn and get hopelessly off-course, holding down the circle button on the PS4 controller pops you back in the race.

During down times, players can visit their garage, where they can customize out their rides with details like giving it an iridescent paint job or adding stickers. The car can be animated with spinning wheels while in the garage so drivers can get a sense of how it will look on the road. Player can also fix up the often overlooked interior of the car so that it has all the trimmings. The car's body can be stripped away, revealing an engine that breaks down to critical parts that can be adjusted for peak performance, then rebuild the entire vehicle back up. If that level of detail doesn't appeal to you, you can always use the auto-equip feature do all the work for you. 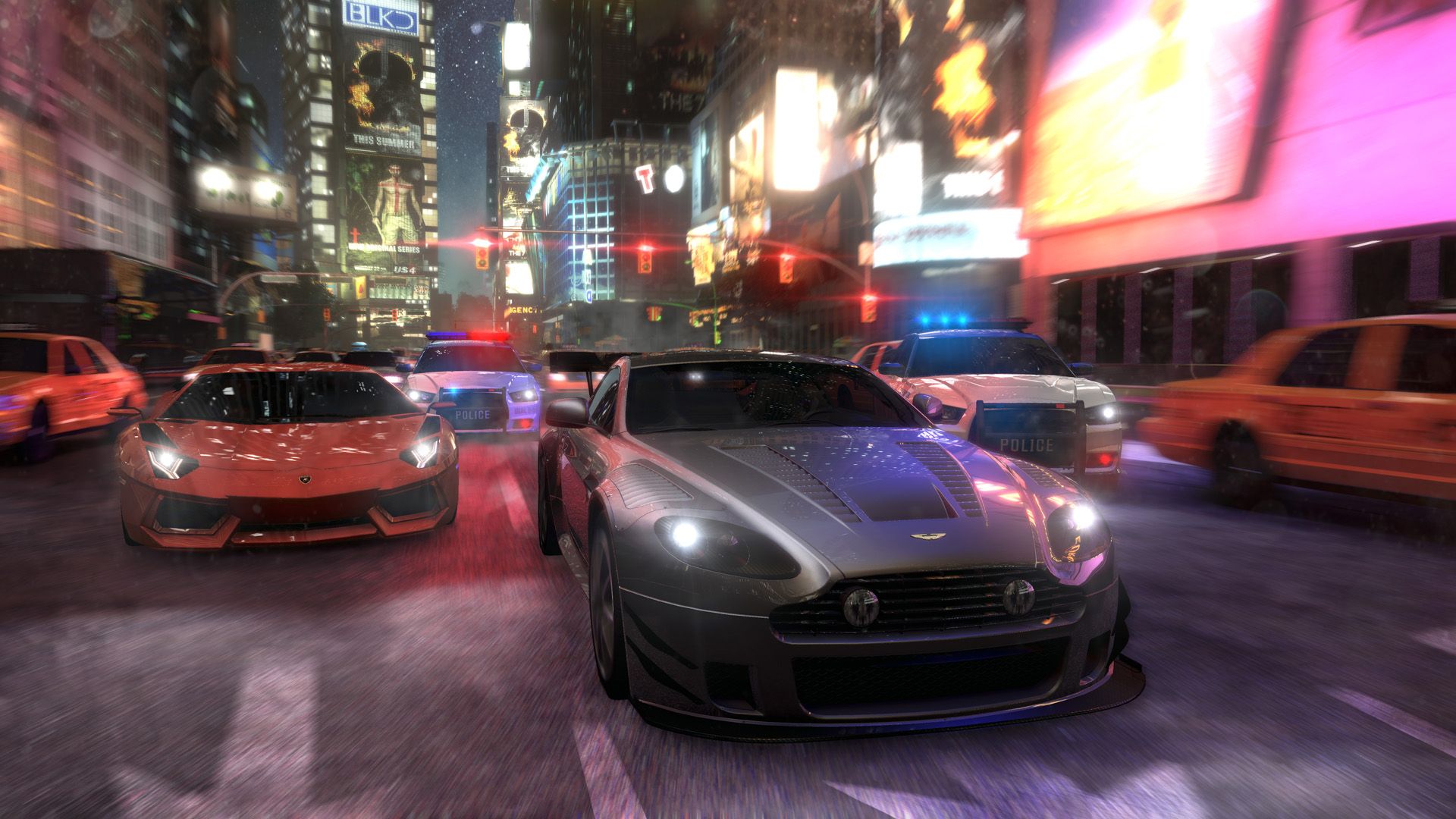 There's a story that ties the game together, written by Christian Cantamessa, who also worked on Red Dead Redemption. According to the creative director, Julian Gerighty, "it's not Shakespeare." The developers realize the ridiculousness behind a plot driven racing game, and they fully embrace it. That's probably why I found The Crew to be so appealing and fun, even as I drove my Lamborghini off a cliff. It has an arcade feel to it, but there's enough depth to the racing and handling for more serious players to sink their teeth into. The Crew also has plenty of variety. Between the primary game modes and world challenges, the game offers over a thousand different events.

The Crew took me by surprise, and I was glad to play it, even though I wasn't the greatest racer in the room. All of the story missions are playable cooperatively by up to four drivers. However, co-op isn't fully cooperative. There's a balance between working alongside your crew to complete mission objectives, and competing against them to be the best driver in the event.

The Crew revs its engines on the PlayStation 4, Xbox One, and PC on November 11th.