Respawn has helped spice up the summer with a fresh new batch of maps for Titanfall. But the Frontier's Edge DLC does more than simply add three new battlefields. The free update that accompanied the new DLC also takes a step forward in shaking up some of the meta-game with some notable new gameplay additions.

Arguably the most notable inclusion to the update is the arrival of the Black Market. While it's meant to offer up some keen new Burn Cards to add to the dozens that are already available, it also addresses an issue that I've run into frequently during my time with Titanfall. Namely, I have too many Burn Cards. Often times, I'd either have a surplus of a single Burn Card or I'd have others that I'd never use. The Black Market addresses this by allowing players to simply sell their extra Burn Cards for Black Market credits, giving even the most undesired card a degree of usefulness. 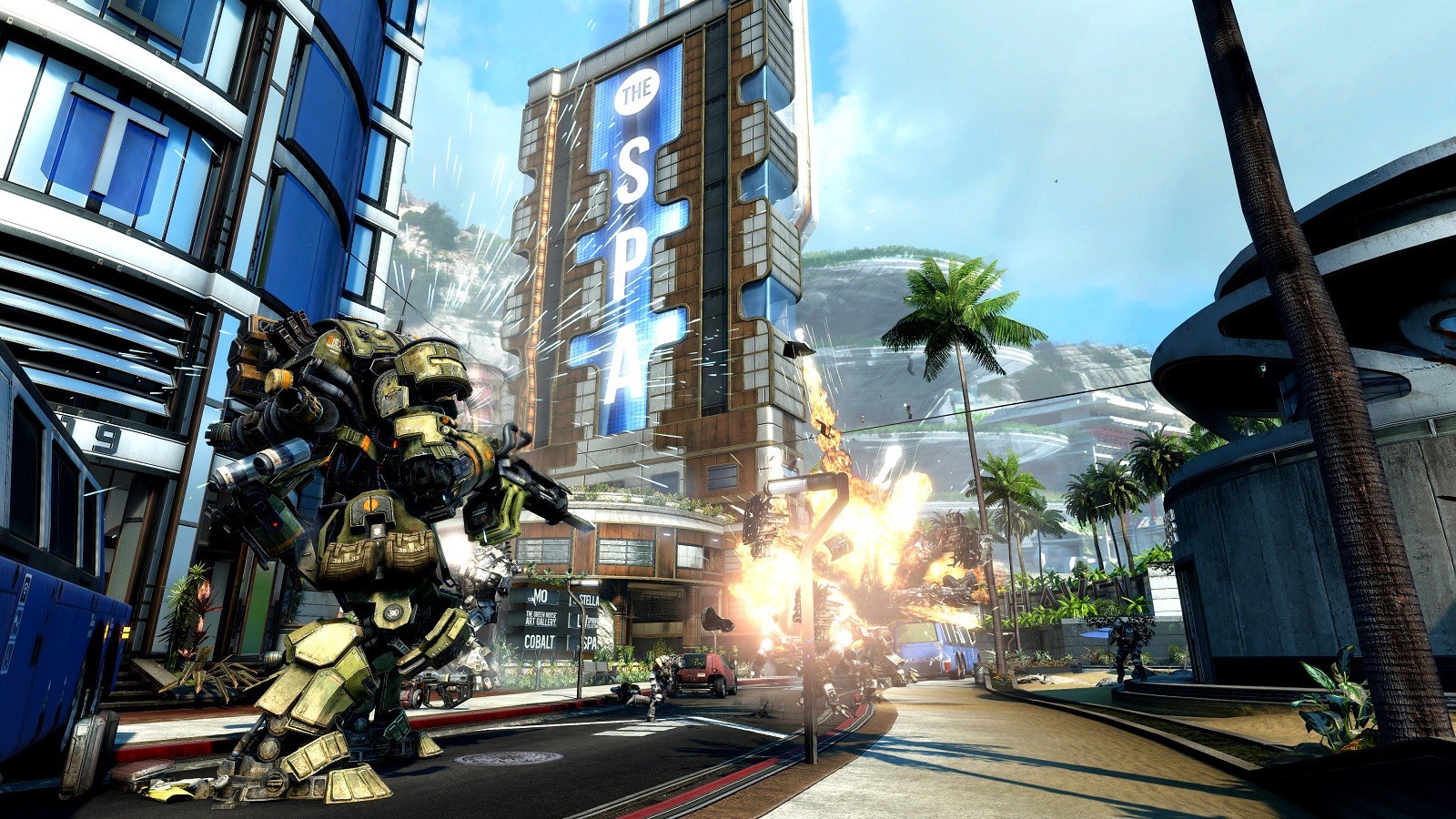 That leads to another refreshing aspect of the Black Market: it's proper use of in-game currency. Given that Electronic Arts is the publisher behind Titanfall, it would have been really easy to turn the in-game store into a microtransaction-filled mess. This is not the case, as Black Market Burn Card decks can only be purchased with the in-game currency earned over the course of the game. At this point, the only complaint I have about it is that the selling value for other Burn Cards is a bit low at a mere 100 credits, but it's a good problem to have. It offers some additional incentive to keep playing the game and earn those cool effects, rather than simply have them handed to you after a few sessions.

Even those with no use for Burn Cards will find a good use for the Black Market, with unlockable cosmetic decals available for 25,000 credits each. Those that try to play the game on their own wits can pick these up for nothing more than bragging rights. The selection is somewhat limited, but there's hope that Respawn will add to it in future updates. Although I do find there to be a missed opportunity when it comes to custom decals. There are many creative users out there and I hope Respawn will look to their user base for future custom decals, not unlike what certain developers do with Steam Workshop. A good decal is definitely something that would make the Black Market grind worth pursuing. 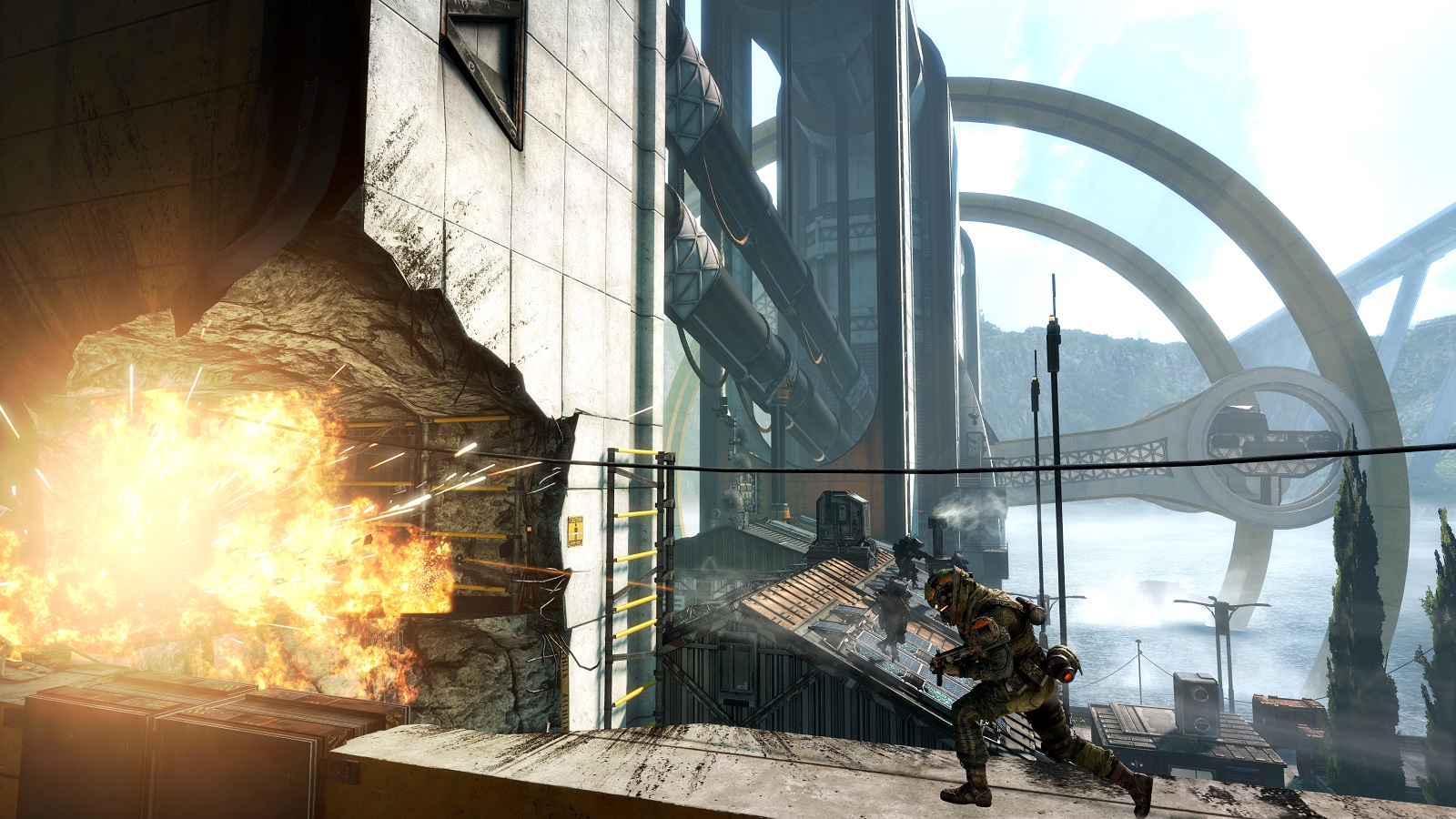 The maps themselves continue the Titanfall idea of open combat areas for the giant Titans combined with parkour playgrounds for Pilots. The mining motif fits this concept perfectly. Dig Site, in particular, features a number of multi-floored buildings ideal for combat, with a number of choke points for Titans. This was one of those areas where it was definitely more fun to play as a Pilot, especially since ejecting from a doomed Titan will more often than not land you in an ideal place to start picking off mechs with your anti-Titan weapon.

Export fits along those same lines, with several mountainous areas making for good hiding spots. However, those looking for action won't have any problem settling into the map's more circular layout, making it a great combat zone for Titans. Yet Pilots can also get by through the multi-level hangars along each building, with numerous windows that offer long-distance gunplay opportunities or a chance to send a rocket straight into a Titan. Although it should be noted that there's a rare environmental trap within one of Export's buildings, in which a Pilot can send an electrical cable crashing down to zap enemies. It's an odd addition and one that feels out-of-place in what's an otherwise mano-a-mano affair.

Finally, those that flock towards Pilot-based combat will love Haven, which takes place among a sea of skyscrapers. Though Titans fit inside the lower floors of each building, the emphasis is on using wall runs along each narrow passage and going from building-to-building with skillful double jumps. The Titans almost feel like an afterthought in this stage, which isn't entirely a bad thing. It makes for fun rounds of Attrition and Capture the Flag, though not so much for Last Titan Standing.

The Frontier's Edge maps and Black Market both give some new life to Titanfall, especially when combined with the new daily challenges. Those that have fallen behind in leveling up shouldn't have a problem catching up with the numerous challenges available. And the mining areas add for a nice change in scenery. There's still another DLC pack left to go and hopefully Respawn will have some more free changes that will serve as a fruitful complement.

Titanfall: Frontier's Edge is available now for $9.99 or as part of the game's Season Pass. The Black Market and daily challenges are free as part of Titanfall's latest update.