Assassin's Creed: Unity handles the theme of revolution in a couple of different ways. On the surface is the backdrop of the French Revolution, a bloody era of world history marked by extreme violence. On another level, Unity is a sort of revolution for the Assassin's Creed series. It's the first game for the new generation of console systems, and the development team at Ubisoft is rebuilding the game from the ground up with emphasis on the core gameplay mechanics like Parkour, stalking, observing, and executing. Additionally, Unity supports much requested cooperative gameplay. We talked to Alex Amancio, creative director for Assassin's Creed Unity, from the Ubisoft Summer Showcase in New York City to get a deeper sense of what makes Unity brings the series into a new generation. 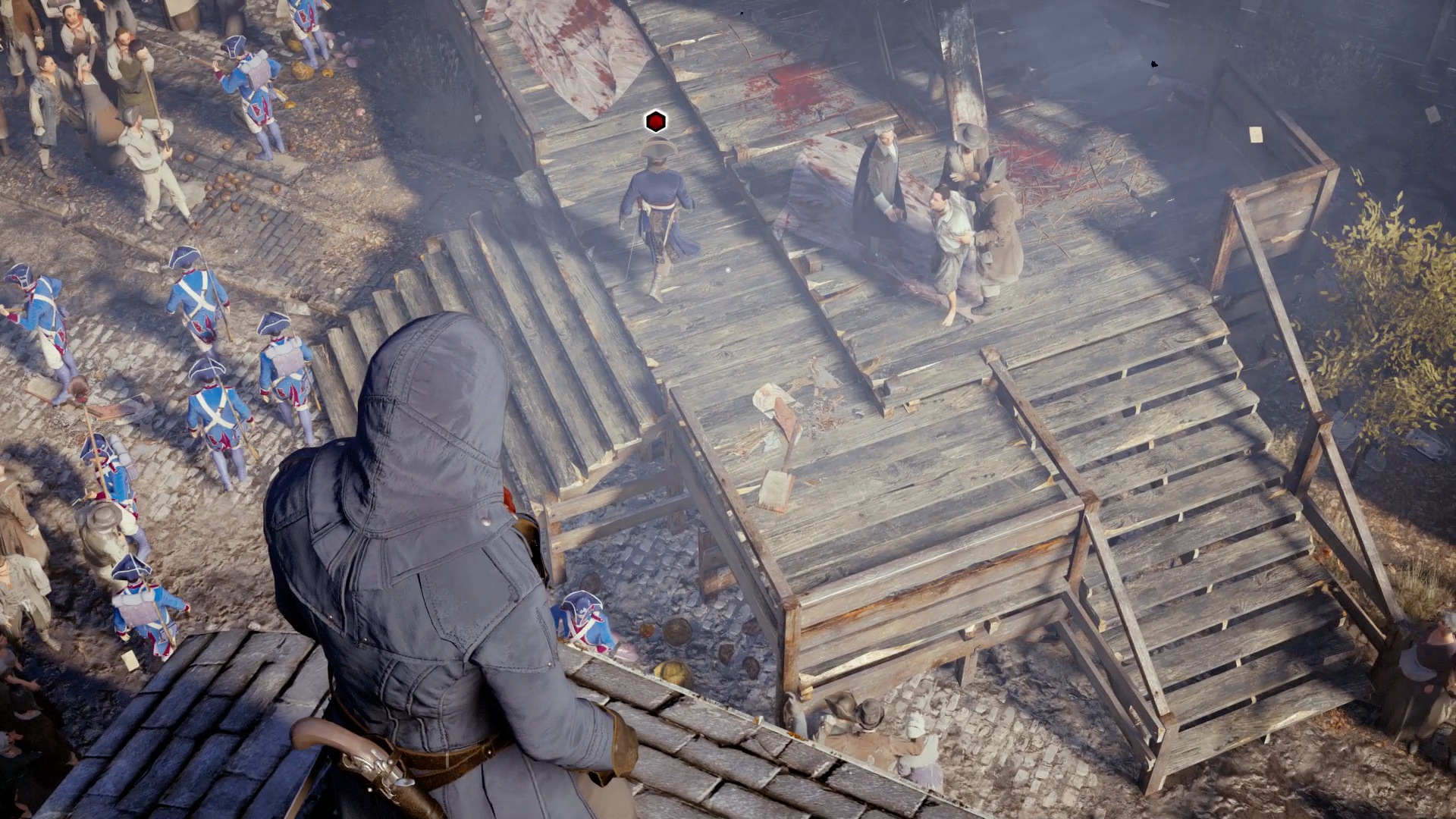 Unity's narrative puts emphasis on the main character, Arno, his journey toward redemption, and growing from a novice to a master assassin. To this end, the gameplay has been significantly changed up. The first thing players might noticed is the streamlined Parkour system that lets players wall run diagonally. Controlled ascent allows assassins to make their way up and down walls at the push of a button. The goal is to preserve fluidity of movement and to get around quickly. To this end, Arno will also have a dedicated stealth stance, so that players can stick to cover and quietly make their way through areas.

Players are transported to Paris France during the French Revolution, specifically a period called The Terror, when there was a lot of chaos in the streets and hundreds were beheaded. Unity only takes place in Paris, but the city is gigantic. To put things into perspective, the city is roughly the same size as all of Black Flag's islands put together. Despite its size, Paris won't have any load screens. So moving from one area to the next should happen seamlessly.

Another interesting aspect of the city is how there are rarely any guards patrolling the rooftops. Keeping with the theme of the eagle looking down at its prey, the area above Paris belongs to the assassins so that they can look down at its streets and plan their moves. Rooftops also make for a quick means of breaking line of sight when the player is caught. That way, they can choose to restart the stealth loop instead of ending encounters with combat. 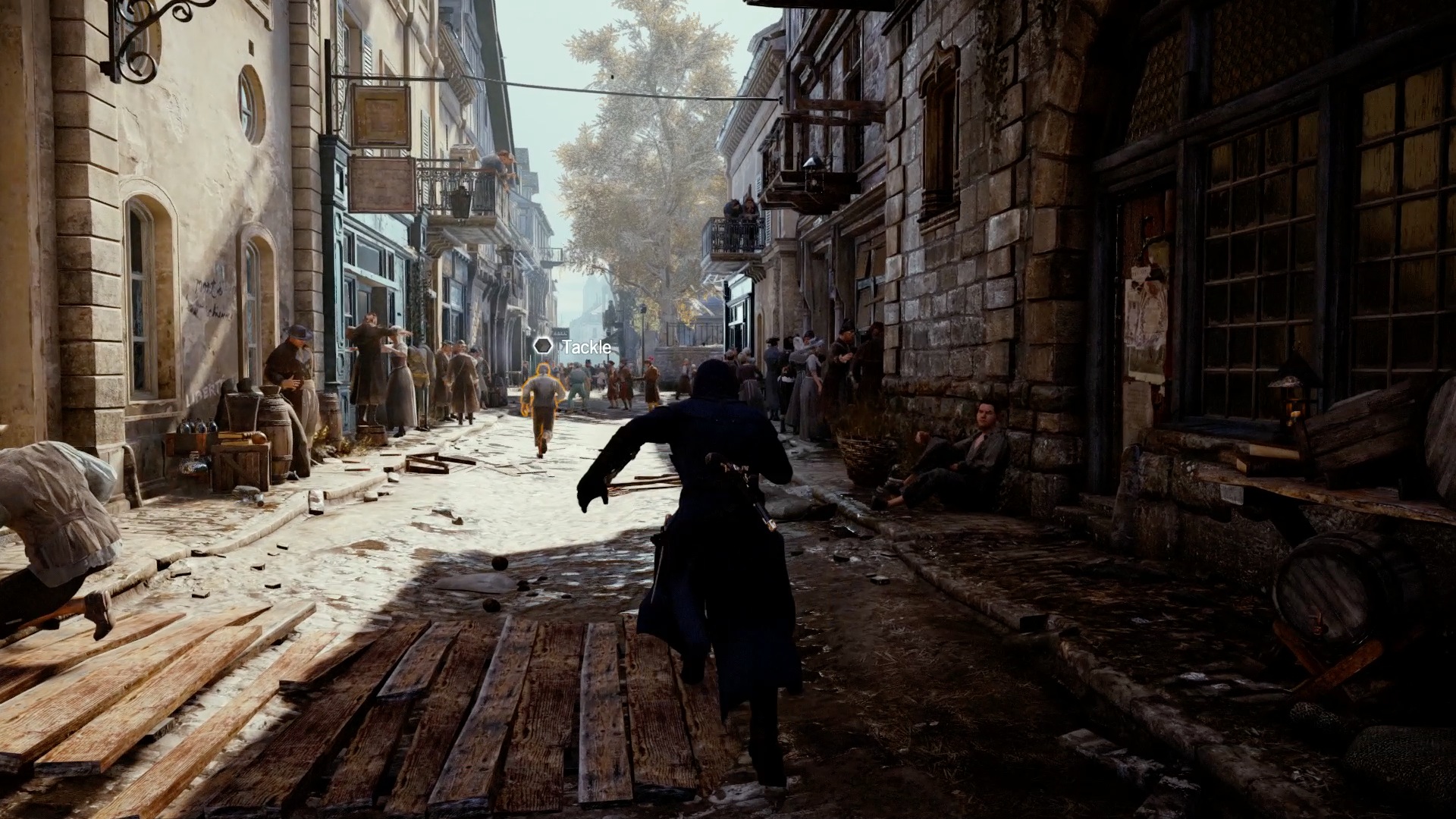 Combat is also getting a significant overhaul. It will be a sort of rock, paper, scissors system where players will have to balance between attacking, dodging and parrying according to the type of foe they're fighting. Fighting will be challenging, but not in an annoying way. The player's chances of survival decrease significantly if they're surrounded by enemies. So, it is best to choose your battles and try to keep combat to a minimum whenever possible.

Engaging in city-wide activities like rescuing citizens, running down thieves, or taking on side missions for experience points and gear. Points are used to purchase different skills, like lockpicking, for Arno to carve his way through the city. Completing side missions, like murder mysteries, could earn extra gear to add to Arno's arsenal. For the first time, assassin gear has special properties, like a hood that lets players disappear into crowds faster. Weapons have different stats to compliment varying fighting styles.

There are three factions to keep an eye on in Unity. The two main ones are the Guards and Extremists. Guards are out to restore order to the city while Extremists are just out to stir up trouble. The third group is the crowd of citizens going through their everyday lives in Paris. They might not be an official faction, but they are too numerous to be ignored and make up some of the most important aspects of the game.

Street crowds can be made up of 2,000 to 5,000 characters. The largest scene in the game has about 10,000. The crowd reacts to the player's actions and what happens around them. Since the majority of them are unarmed civilians, seeing Arno assassinate a target could send them running away like a stampeding herd. Some civilians carry weapons, and they may randomly engage in combat with Extremists or assist Arno depending on what he's doing. A citizen might be walking down a street, run into someone he knows, talk for a bit, and join his friend in walking; thee way real-life people would. Unpredictable crowd behavior is a persistent aspect of Unity, and will even occur during missions.

Although cooperative play is the most requested feature among fans, it's actually one that works against the core mechanics of a game. Assassination missions don't improve with numbers. Having four players makes it four times more likely to be caught. So, to accommodate cooperative play, the developers had to rethink their approach toward designing the game. 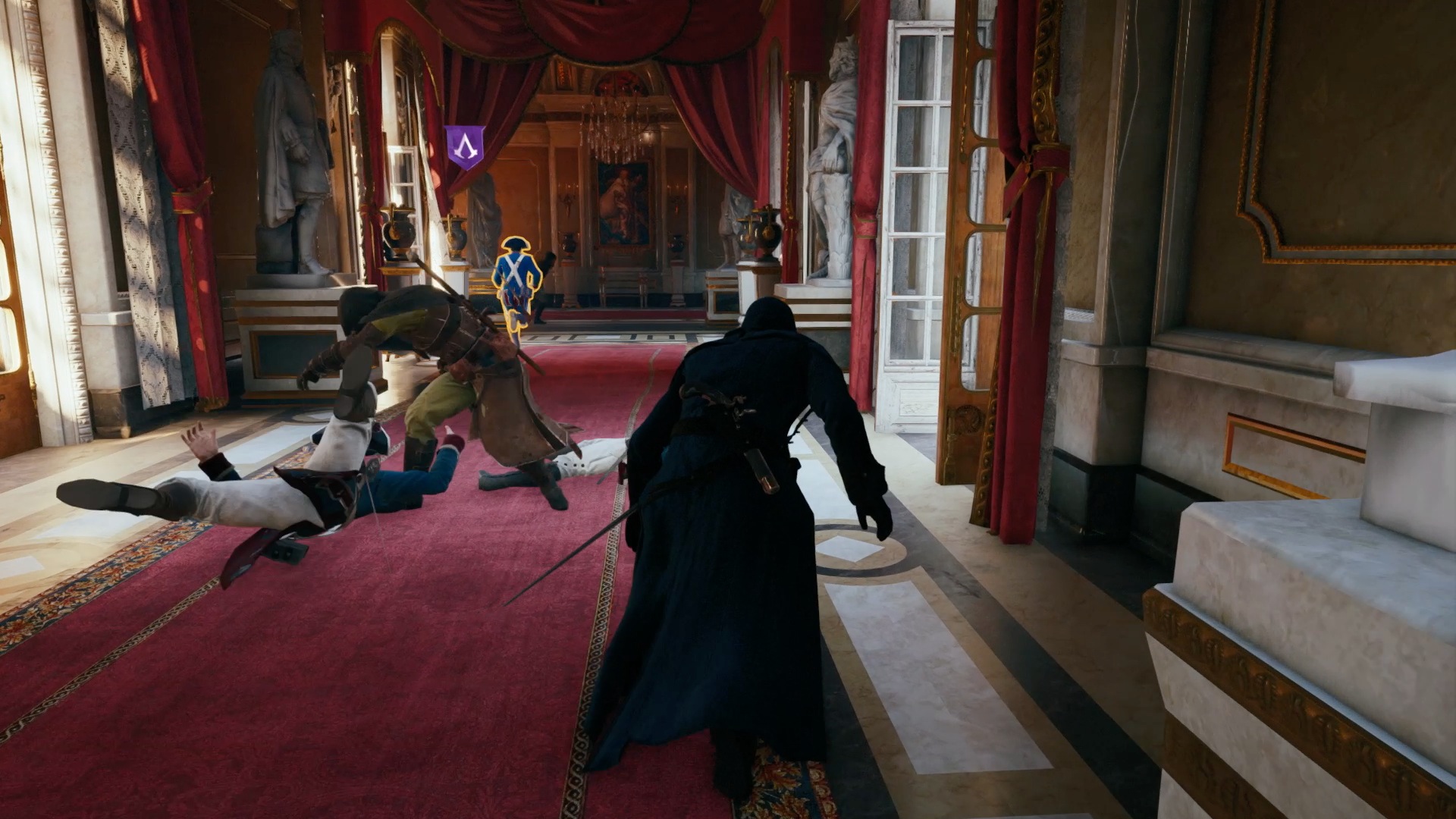 Similar to how Watch Dogs works, all players see themselves as Arno, and all others as random members of the Brotherhood. They all come together at cafes and embark one of eleven special Brotherhood missions that are separate from the main campaign. No one wants to sit through lengthy cutscenes while playing a cooperative game, so the intro videos are quick and only supply players with what they need to know in order to complete the mission.

Mission chains are also antithetical to cooperative play, because one player will inevitably fall behind in the storyline. To overcome this, each Brotherhood mission is a self-contained story with an expansive open-ended map.

There are four different multiplayer skills that can unlocked that let players tank with more armor, fight with better weapons proficiency, or scout an area using enhanced stealth to mark targets. When combined with gear, players can spec themselves out to fully fit into their roles. Synergy happens when four players come together, each using a different skill set, to complement one another. That way, missions can be replayed with different approaches, or a different number of assassins, and each playthrough will be unique.

The revolution kicks off on October 28th, when Assassin's Creed: Unity releases for the Xbox One, PS4 and PC.