Humanity will continue to thrive in Firaxis' futuristic take on the Civilization franchise. So far, we've seen one type of biome in Civilization: Beyond Earth and, appropriately enough, it's the one most similar to our own atmosphere. However, there's more than just the lush biome to look forward to.

There's also a barren desert to look forward to called the arid biome. Inspired by the desert worlds of various science fiction works like Dune's Arrakis, Star Wars' Tatooine, or Star Trek's Vulcan, the arid biome will contain extreme conditions and a less-than-ideal setup for Beyond Earth's many factions.

So how will players have to adapt when placed within the confines of this new environment? Shacknews recently had the opportunity to speak to Firaxis lead designers Will Miller and David McDonough about the new arid biome and the manner in which is affects gameplay in Beyond Earth. 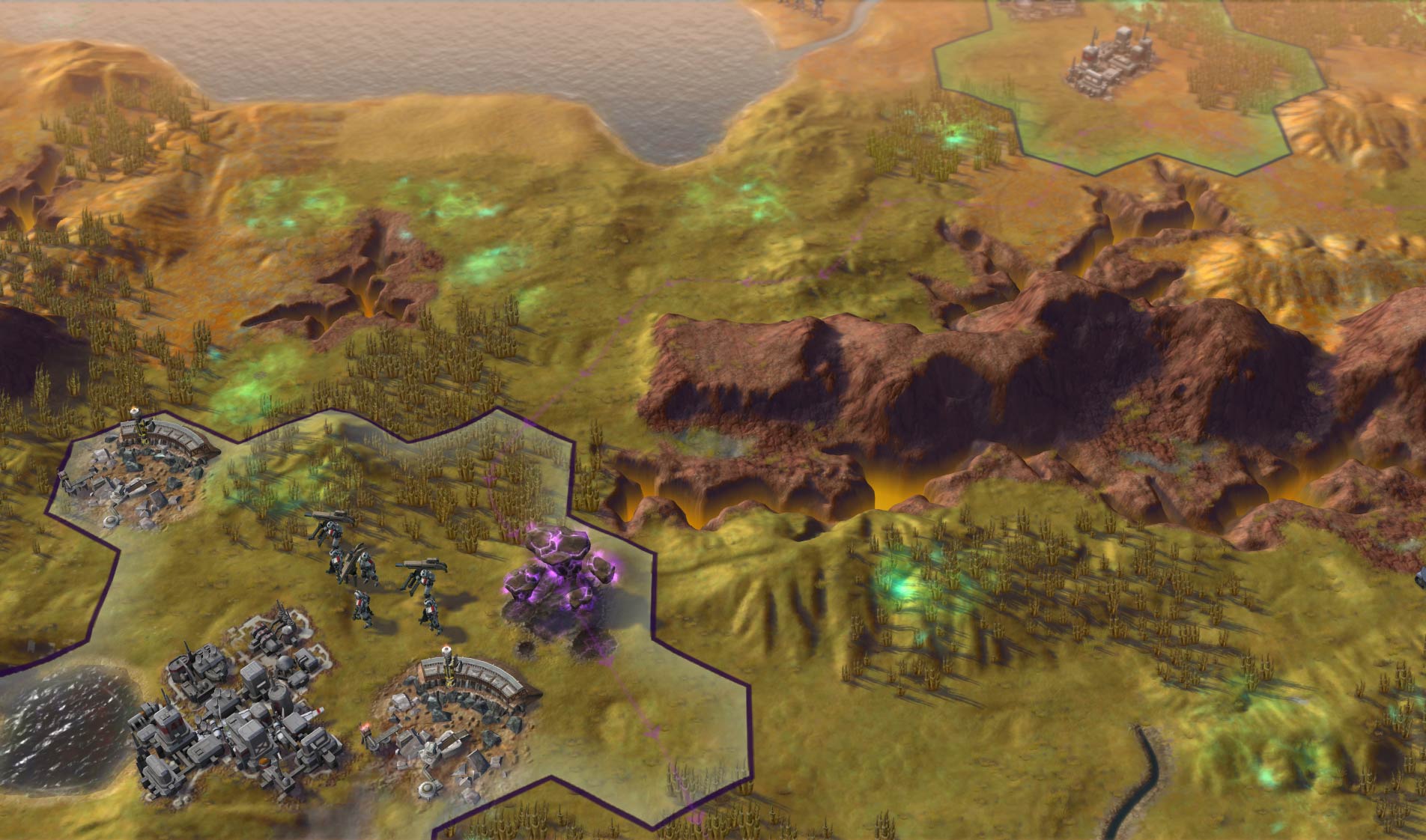 Shacknews: Can you describe some of the exclusive plant life and terrain that players will find in the arid biome?

Firaxis: The biomes are visual markers rather than having separate gameplay values, much the way we had American, Asian, African, and European tile sets in Civ V. Each of these gave the world a unique look, but played identically. This is because resources and their distribution is so key to the gameplay for Civ, that walling off resources behind a specific biome would have created problems for players given the way the game is designed. However, when you're on the arid biome, your forests will be giant cactus-like plants, rather than woody trees. Also the mountains and craters will look different than the other biomes.

Shacknews: In what ways can Civilization factions thrive in the arid biome, given that it's suited for more extreme desert temperatures?

Firaxis: If you're on a map and you're confronted with a lot of desert, the best thing to do is prioritize constructing the Vivarium building in your cities. It enables more food out of desert tiles your city work, which means that you'll be able to continue to grow your cities.

Shacknews: What types of resources are explorers likely to find within the arid biome?

Firaxis: Almost anything! There are usually deposits of resources near your landing site, but a distance away there are typically new resource zones. However, these also tend to be near alien nests, which means if you want to expand out to take advantage of these resources, you're probably going to run into problems with the aliens at that point. 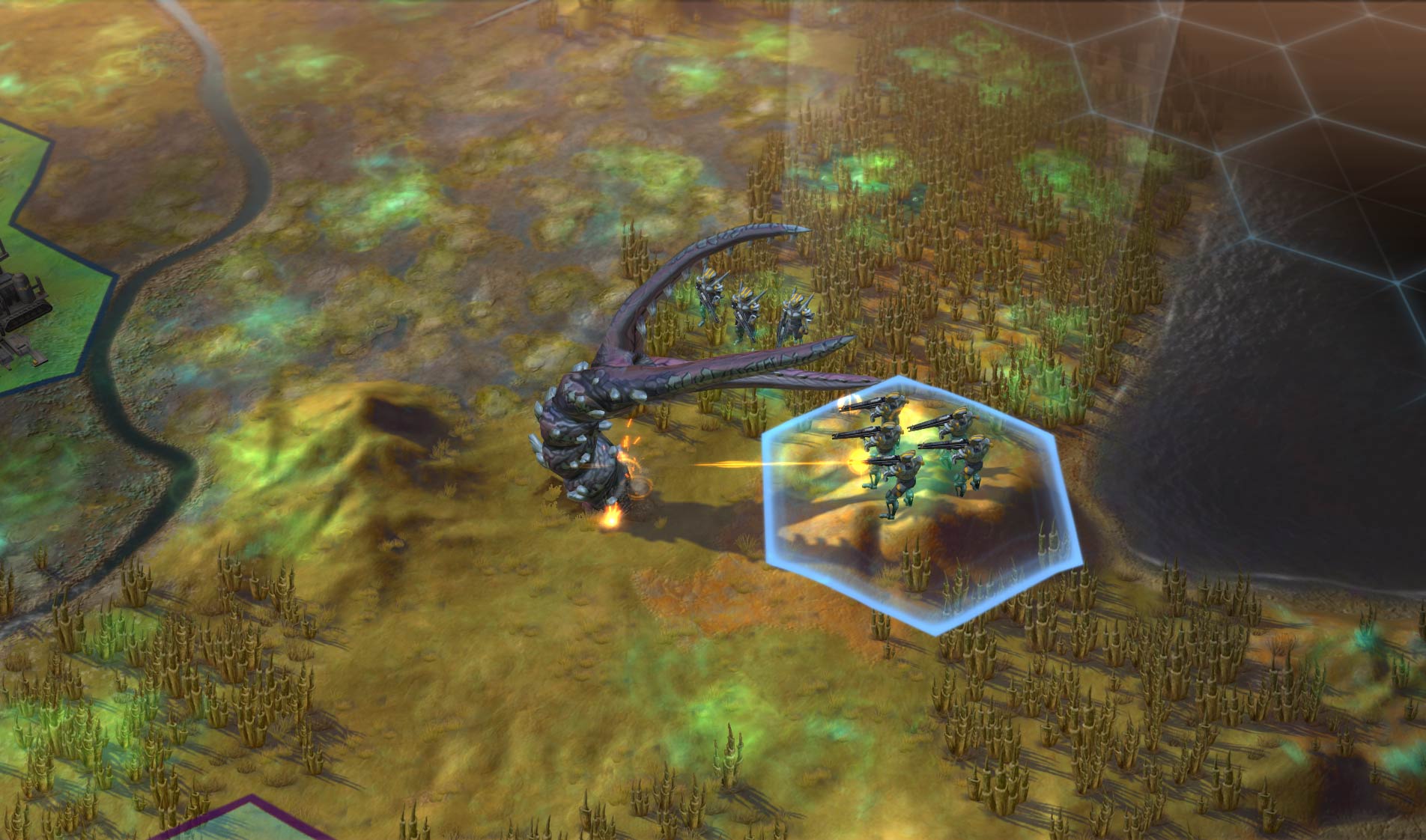 Shacknews: Do individual units respond differently based on this new environment?

Firaxis: Not as such. For human units, the biome's type doesn’t affect the AI's calculation as much as the tiles it can see and work do. The aliens are obviously comfortable living on their home world.

Shacknews: How do the different factions respond in different biomes, given their respective goals? Are their goals made easier or more difficult in certain biomes?

Firaxis: No one faction does better in a biome than the others – that would seriously limit the capability of certain Civs based on the map type, which doesn’t seem like that would be very fun if you're playing that Civ. 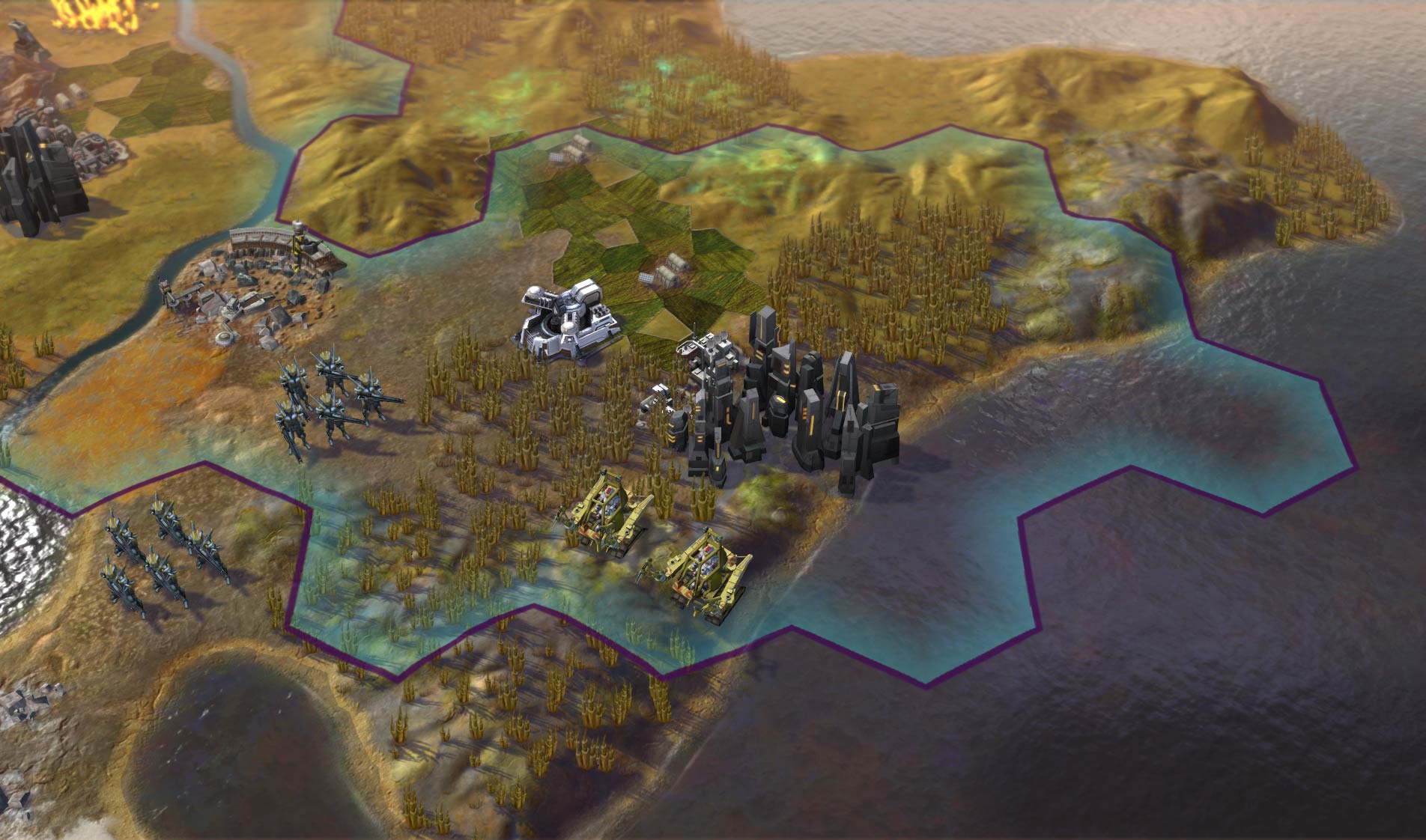 Shacknews: How do your overall strategies vary depending on your faction/biome combination?

Firaxis: No one faction does better in a biome than the other, but each faction has unique advantages, and each will need to find the best way to adapt those to the terrain of the planet. Starting on an arid planet might make it easier to get Energy, for instance, and if your faction has strengths or weaknesses associated with Energy production, you'll definitely need to take that into account when setting up your colony.

Shacknews: What are some other types of environments that Firaxis is looking into for future biomes?

Firaxis: At present, we've got three biomes: Lush, Arid, and Fungal. Fungal is the strangest-looking of the three, since the entire ecosystem's vegetation is based on mushrooms and shelf fungi. It's probably the biome that most lets you know you're not on Earth anymore.

Firaxis will reveal more about Beyond Earth's different biome types in the coming weeks. Civilization: Beyond Earth will arrive on PC on October 24.