QuakeCon's second day proved to be just as eventful as the first one, with a lot of giveaways happening in the Exhibit Hall, gaming galore in the BYOC (Bring Your Own Computer) room, and, to wrap things up, the Quake Finals during the evening, where top players competed against one another for a $1,000 grand prize.

The Exhibit Hall was where most of the action was for the duration of the show, as various companies took the stage to host giveaways of computer systems, components and other goods. People flooded this area of the room consistently, and even got into the rhythm of the giveaways with screams and chants. Fortunately, things never got out of hand… even when they were chanting “Fabulous!” during the Bawls Chugging competition. (They were a big sponsor at the show.) 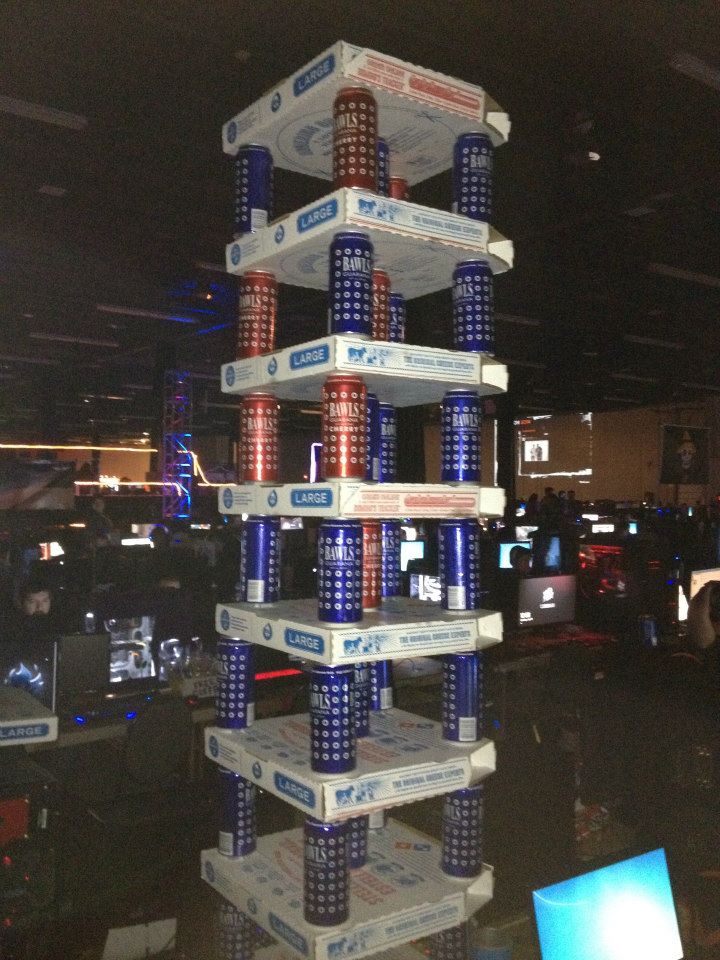 Bethesda hosted some tournaments at its booth, mainly revolving around its forthcoming free-to-play multiplayer game Battlecry. Winners were given special t-shirts and autographed posters, and a few pro gamers were on hand for the finals later in the day. We’ll be providing a hands-on report with that game this week, so be sure to check back.

A couple of indie games were also available on the show floor, including the inspired 8-bit style game Super Win the Game and the fast-paced shooter Wrack. Both games should arrive early next year, if all goes according to plan.

Several familiar favorites were also present on the show floor. Uppercut Club, a local fighting community, hosted tournaments surrounding Killer Instinct and Ultra Street Fighter IV, as well as Skullgirls. It certainly drew a few veteran brawlers out of the woodwork, executing 70+ hit combos with ease. 505 Games was also present, hosting playable demos for the multiplayer-oriented Payday 2 (and its latest DLC), as well as Defense Grid 2.

As for the BYOC room, it continued to be jumping throughout the day, with a variety of custom cases being shown off and lots of gamers doing their thing with Quake, League of Legends and other tournaments. Alienware also had its own hosted space on the floor, with demos of Broforce and Gauntlet on hand, as well as Ultra Street Fighter IV.

Once the main Exhibit Hall closed for the evening (complete with an epic group photo), the action shifted to the main stage, where the Quake Finals were hosted. Bethesda wasted no time creating a tremendous party zone for the Finals. After giving away prizes for best mod cases (one guy had his shaped exactly like R2-D2 from Star Wars) and the Bawlz Chugging finals, the tournament was underway, with lots of shooting action.

After awarding champions, Bethesda concluded the evening by giving out a ton of items on stage, including posters for The Evil Within, t-shirts and more. The action then shifted back to the BYOC room, where late-night gaming (and a few food trucks) awaited players.

It was a short trip, but certainly a fun one, and it leaves anticipation for what Bethesda, id Software and others can do with next year’s QuakeCon. We’ll certainly be there…even if we have to lug our enormous gaming PC with us. Oof.

(This feature was based on an event where transportation and accomodations were provided by Bethesda Softworks.)