Opinion: Is the PC Gaming resurgence here to stay?

When the Xbox 360 and PlayStation 3 released in 2005-06, critics and analysts from all over the tech and gaming industry came out to proclaim that they would be the final nails in the PC gaming coffin. At the time, it seemed like they might have had a point. Sales for PC games and hardware were in steady decline since 2001, and longtime champions of PC gaming like Epic Games' Cliff Bleszinski practically declared that the company was putting priority on console development. Epic refuted the sentiment (Bleszinski even did an about face during an MTV interview), and became one of the first members of the PC Gaming Alliance. However, the company still ended up producing more console and mobile exclusives in the coming years than PC games. It seemed like affordable gaming consoles with great graphics would be what finally drove PC gaming into the ground. 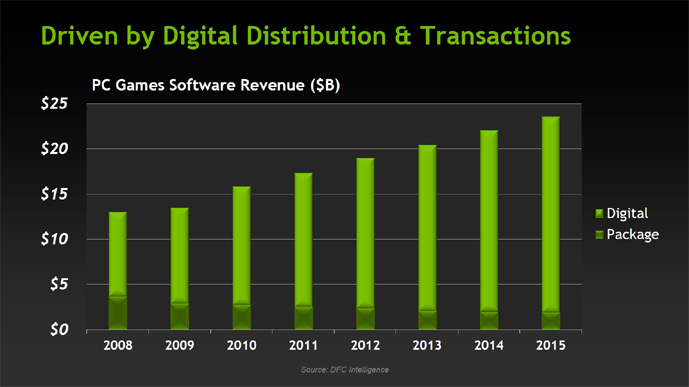 But the pendulum quietly swung in the opposite direction over the next several years. By 2013, it was clear that PC gaming had made a full comeback, even surpassing consoles in popularity in recent months. In 2012, pre-orders for Diablo 3 broke records and accumulated over 3.5 million sales in the first 24 hours of its release, then another 1.2 million during the following week.

But is the comeback a natural result of the changeover between console generations, or is this a resurgence that will last past the fall?

The fast and cheap war of attrition

A funny thing happened during the Xbox 360 and PS3's eight-year lifespan: PCs caught up. It didn't take long for PCs to surpass the graphical capabilities of consoles. More importantly, the cost, size, and weight of reasonably powerful desktops and laptops started dropping. Sure, power users might spend over a thousand dollars on a super high-end gaming rig, but more budget minded gamers can pick up a relatively inexpensive system with a dedicated video card to play intensive games like Bioshock Infinite. The ultimate expression comes out this fall with the Alienware Alpha, a console-like PC that starts at $549 for the base model.

The irony is that console gaming didn't put PC gaming into the ground - it ended up burying itself. The 360 was purposefully designed so that developers could easily port Windows games over. As a result, more third party developers released games across multiple platforms as standard practice, with the weaker Nintendo Wii often left out. So, as PC hardware became more powerful and cheaper, most games could work on mid-range systems using high graphical settings. Power users would still strive for the Ultra settings, but the point is that a lot of gamers could get an acceptable experience without having to buy a console. 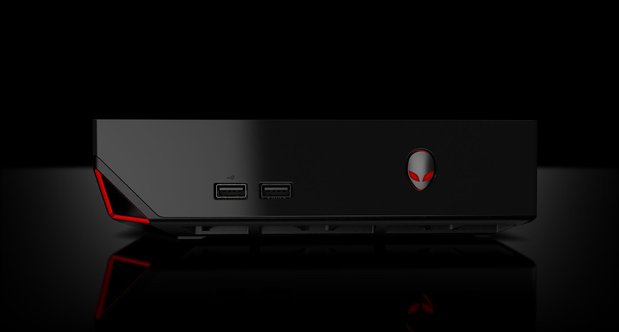 The Xbox 360 and PS3 had some great exclusives to keep gamers satisfied. But as of right now, there's not much incentive to pick up a new generation console unless you really must play Forza, Killzone: Shadow Fall, or Infamous: Second Son. Most third party games are coming to the PC, including the Dead Rising 3 (an Xbox One launch game), Grand Theft Auto V, and the lauded No Man's Sky.

The added benefit of the PC is that it can appeal to every type of gamer, including casual, mid-core, and hardcore. The availability of cheap, powerful, hardware led to an explosion of indie games built to run on virtually any computer and the diversity to satisfy almost any taste.

The living room isn't what it used to be

With the launch of the Xbox 360, Microsoft made it its mission to take over the living room. That sentiment was echoed during the Xbox One reveal, when Microsoft highlighted deep television integration. Unfortunately, it seemed like nobody got the memo: TV was dying.

It might sound like trading in rumors of one death for another, but both broadcast and cable television has seen negative grown rates since 2011. Last year, reported statistics showed that fewer young people were watching TV. Instead, they were streaming entertainment on mobile devices and computers in addition to relying on them for social media, work, and communication. It makes sense that they would stick with those same devices for other forms of entertainment, like gaming.

Consoles are starting to see the same problem that desktop computers had over a decade ago. Just as old bulky desktops were chained to a private office, or a dark corner in the basement, consoles are stuck sitting in a living room at time when people are starting to leave it. Mobility is becoming a necessity, and Sony realized this when it developed the PS4 Remote Play for the Vita. Gamers have to decide whether it's worthwhile to spend the money on both a PS4 and a Vita to play games on a small handheld screen, an investment of about $600 for the consoles alone. Or they could spend money on a notebook with a 14+ inch screen, and do things in addition to playing games.

Reductionists will say that a handful of games are responsible for PC Gaming's resurgence. Those would be mega hits with near infinite replayability like World of Warcraft, League of Legends, EVE Online, and Minecraft. While those games deserve a lot of credit for bringing PC gaming back to the forefront, there is no way to overstate the impact Steam has had on gaming over the past decade.

Steam pioneered digital retail when brick and mortar stores were phasing PC games out from their inventory and inspired a host of similar services. Its infamous sales have made a plethora of games accessible to millions of people, ranging from top tier AAA games to little known indie games. Since games are generally overdeveloped for the PC, the likelihood of having to re-purchase a game to take advantage of better graphics remains low. The Steam client deserves credit for setting up a more unified purchasing, social, and gaming experience similar to what consoles provide. Furthermore, Steam takes advantage of computer ubiquity. As long as there is broadband, your games will be available to you wherever you go. You just go over to someone's house, login to your account, and download the game you want to play.

PCs are even entering the much contested living room space, for anyone still hanging out there. With In-Home Streaming, Steam users can stream games from a large, immovable, desktop system to a weak notebook hooked up to a large screen TV. Gamers can navigate their libraries using Big Picture Mode using game controllers. The competition is bound to get turned up when Steam Machines become a reality.

Can the comeback last?

No one factor made the resurgence of PC gaming a reality, but the combination of powerful, affordable, hardware combined with fun, inexpensive, games certainly played a huge role. I would be remiss not to include sites like GoG.com, which has made old classic games playable on today's systems. Then there's the launch of Windows 7, which shook off the terrible memories of Windows Vista. The casual and social media game boom left an undeniable mark. Not to mention YouTube and the Internet in general makes it possible for even the least tech savvy to do some troubleshooting. The growth of PC gaming is enough for Epic Games to develop the Fortnite exclusively for the PC. Ubisoft, famous for long delays between the console and PC releases, is now aiming for parity, and the indie studios at Devolver Digital give priority to the PC.

But the real test will come this fall, when the console lull ends and big games like Dragon Age: Inquisition, Far Cry 4, and a number of sports games release, all designed to take advantage of the latest generation of consoles. Even if the PC can't keep the top spot, it's likely to remain a serious contender, and that's something that was practically unheard of a decade ago. Although not everyone has a high-powered gaming rig, practically everyone has a computer of some kind, and they're good to game.