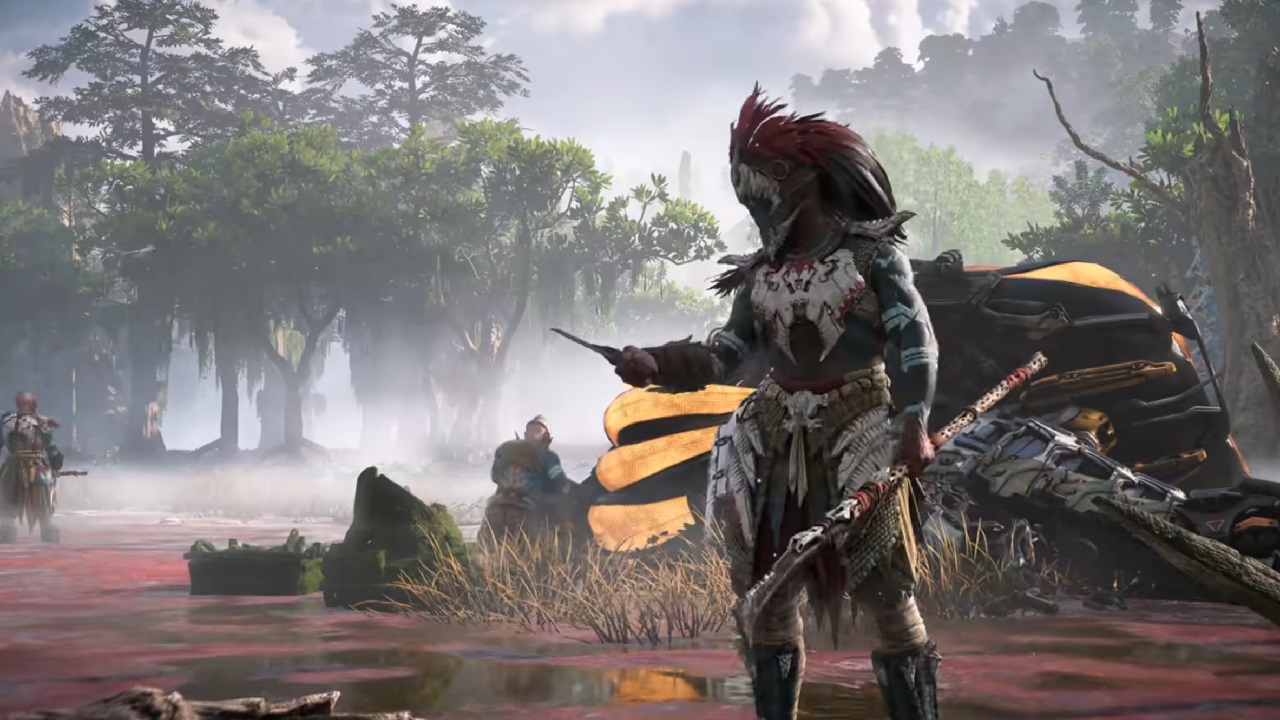 As we get closer to the release date of Horizon Forbidden West, there’s a lot of anticipation for Aloy’s next adventure and the lands she’ll explore in the new game. Forbidden West promises to bring us into another vast expanse of nature, machines, and humans banding together to survive amidst it all. To that end, the latest trailer for the game gave us a deeper look at some of those humans. The Tribes of the Forbidden West trailer goes into detail on the various factions, their settlements, and philosophies throughout Horizon Forbidden West.

PlayStation dropped the new Horizon Forbidden West - Tribes of the Forbidden West trailer on the PlayStation YouTube channel on January 6, 2022. Some of it features familiar groups. Players of the first game will remember the Oseram and Carja tribes, the first of which were mechanically minded craftsmen and women and the second of which were one of the land’s most advanced nations of people. The agrarian-minded Utaru tribe and barbarian Tenakth also return, though the Tenakth are this time shown as three clans who have banded together in a tumultuous peace.

New to the lands of Horizon Forbidden West are two different clans, each presenting a different philosophy. Regalla’s Rebels are a roving clan of warriors who threaten even the Tenakth. Meanwhile, there is another supposedly stronger tribe that wanders the lands, seeking secrets of the old world and the Red Blight, a spreading and toxic vegetation that threatens machines and humans alike.

This tease of tribes, their settlements, and their philosophies is the latest dive into Horizon Forbidden West ahead of its launch in February 2022. It’s thankfully mostly spoiler-free as well. With it, we’re looking forward to seeing everything Horizon Forbidden West has to offer when it launches next month. Stay tuned for more details and coverage leading up to the launch, right here at Shacknews.