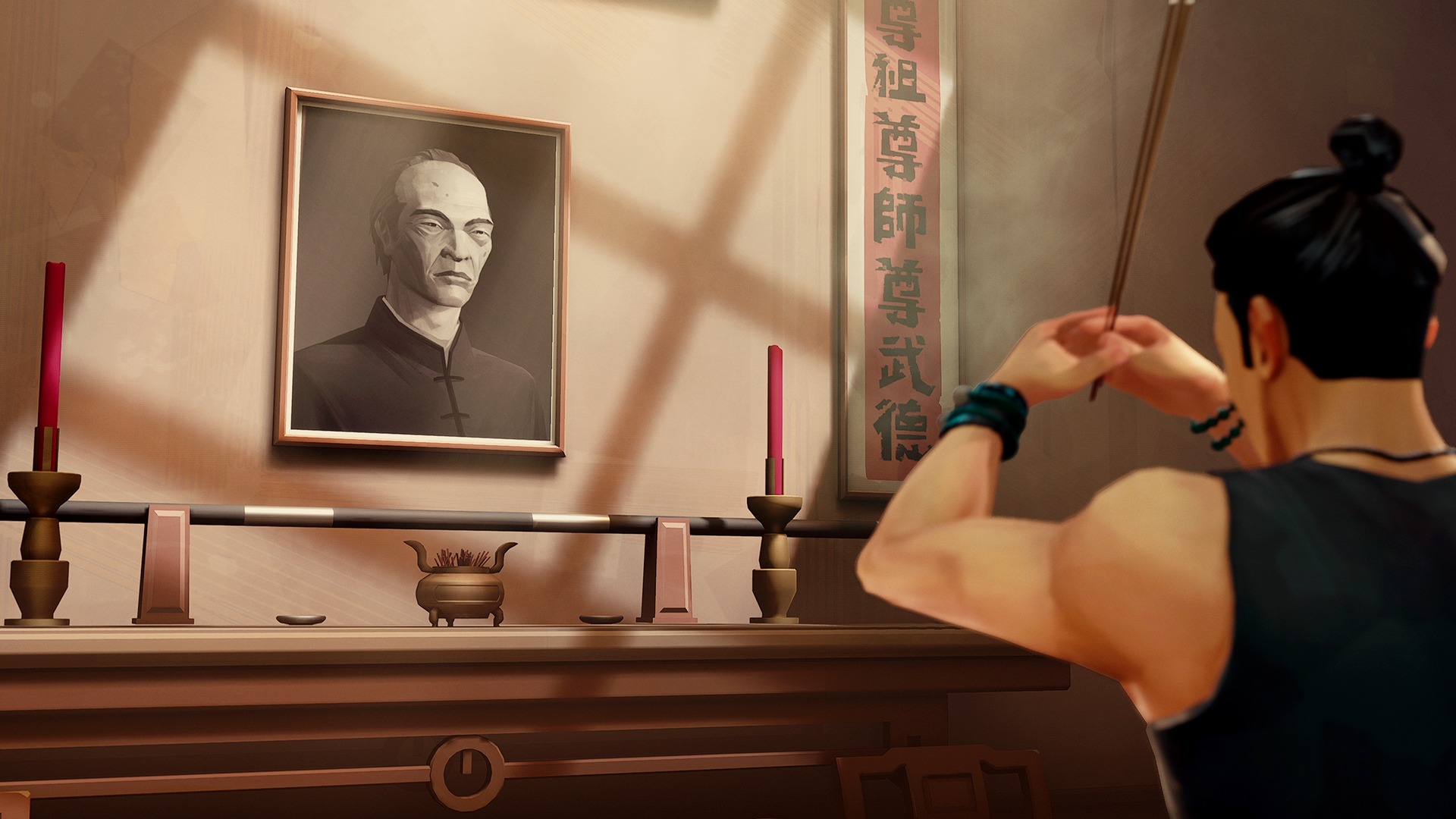 When it comes to certain vocations, some people get to learn on the job and get better as they go. That certainly appears to be the case with Sifu, where the job is "revenge-driven butt-kicker." When the job knocks you down, you get right back up, though mastery can take time. It can outright take years off your life. All of that applies to this martial arts brawler from the team at Sloclap.

This early build, provided by the Sloclap team, begins outside a nightclub. It's easy enough to try and walk in like it's not a big deal, but asking for "Sean" and his whereabouts is basically asking for trouble. A few goons advance on me, which is where Sifu's combat is put on display for the first time. The controls are basically something akin to a 3D fighting game, where players can mix together light and heavy attacks, while blocking, parrying, and dodging where necessary. For the first few adversaries, blindly throwing punches and occasionally dodging attacks is enough to carry me through. It's an early taste, but things don't stay easy for very long.

Walking into the nightclub, it can be easy to assume that staying inconspicuous won't raise a ruckus. That's not to be, as half a dozen club goers all advance on me, some grabbing weapons. This is where I begin to die... a lot, which leads to Sifu's central mechanic. Upon dying, players can opt to end their run or respawn at the exact point where they died. However, respawning for the first time will age the player one year, going from 20 to 21 years old. Subsequent deaths, however, will significantly increase the age penalty. After about three deaths, the main character will already be 30 years old.

The thing to know about the aging mechanic is that there's obviously a limit. Hit 70 years old and it's permadeath by old age. With the penalty increasing with every death, that comes much faster than one might expect. In fact, I hit it quite easily upon reaching the last enemy in the nightclub.

With that said, Sifu is all about mastering the game's combat and improving through practice. There are fighting game-style special moves that can help mix up approaches, as well as takedown prompts that act as effective combo finishers. However, success also hinges on playing defensively and recognizing surroundings. Parrying incoming hits can help a lot, but mastering the timing is a challenge in itself. Weapons can give someone an edge depending on who can reach it first. Likewise, items on the ground can be kicked towards enemies in order to trip them. There are signs of an evolving gameplay loop here and it should be fun to see what lies in the game's later moments, assuming I live long enough to ever see them.

Sifu looks to be the latest game to exercise the axiom "practice makes perfect," because the enemies pull no punches and failure is punished harshly. However, there's enough at work here to make the grind entertaining. Whether Sifu can sustain this remains to be seen. Look for this latest effort from Sloclap to release on PC (as an Epic Games Store exclusive), PlayStation 5, and PlayStation 4 on February 8.