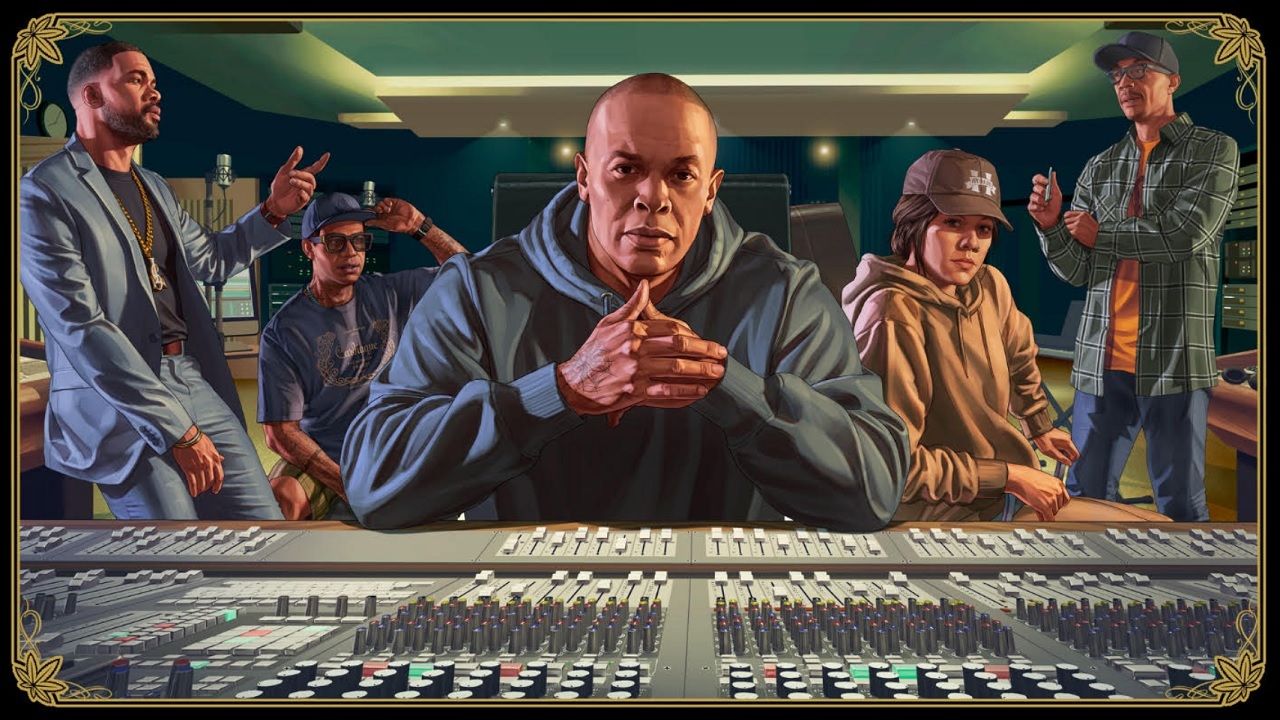 Rockstar launched the full details of Grand Theft Auto Online: The Contract with the expansion’s release on December 15, 2021. As teased earlier this month, this expansion features the return of Franklin in a new story. He has started F. Clinton and Partner company, a “celebrity solutions agency,” and one of their biggest clients yet has arrived in the form of Dr. Dre. It would seem that Dre misplaced his phone somewhere in Cayo Perico and, what’s worse, it found its way in to the wrong hands. Players are going to have to track it down before the new musical project Dre has been working on gets leaked to the whole world.

As mentioned prior, this story expansion features new music from Dr. Dre in addition to the man himself appearing in the story. There is also a major radio station overall, featuring an all-new station, MOTOMAMI Los Santos, and a rework of Big Boy’s Radio Los Santos that features classic Dr. Dre cuts and exclusive new music from famous industry leads through Rocksar’s relatively new CircoLoco Records label. New weapons come in the form of the Stun Gun, Heavy Rifle, and Compact EMP Launcher, while new vehicles feature the Pegassi Ignus, Lampadati Cinquemila, and Pfister Astron, as well as variations of the Dewbauchee Champion, Bravado Buffalo STX, Enus Deity, and Enus Jubilee.

All of the content in GTA Online: The Contract has launched today, so you can check out the new story content featuring Franklin Clinton and Dr. Dre today if you’re playing the game. Stay tuned for further updates and details here at Shacknews.