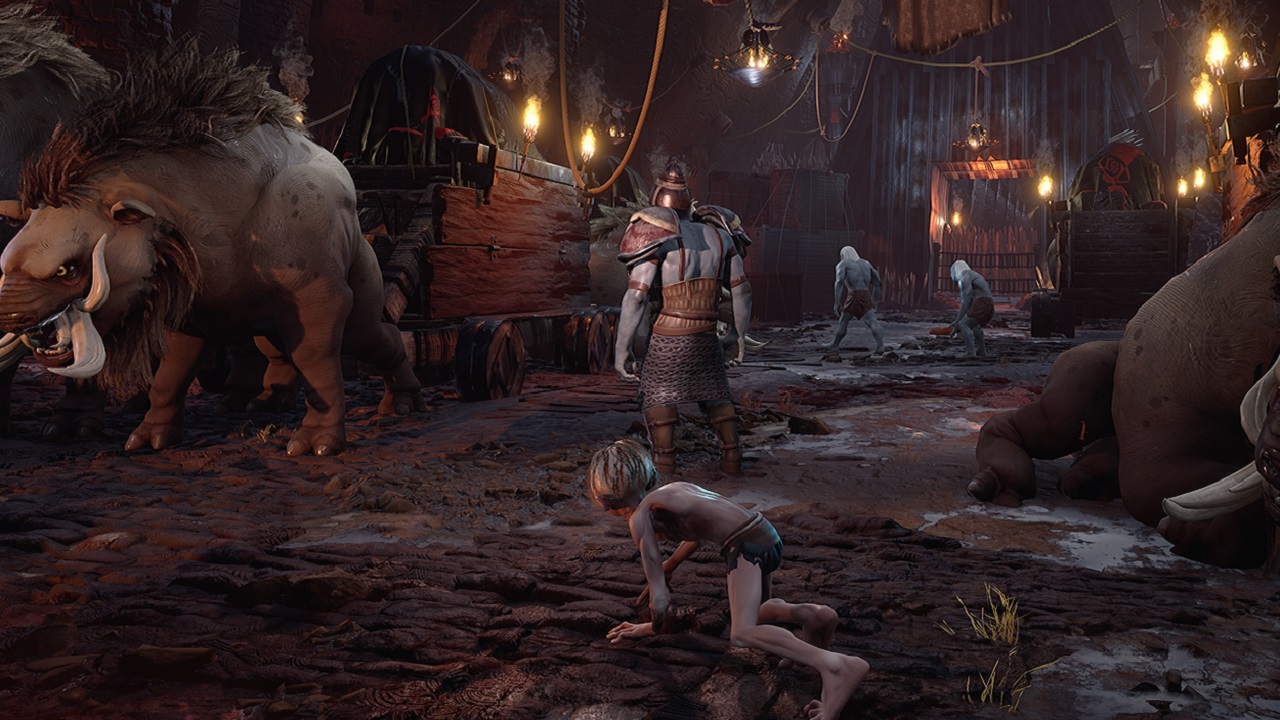 The Lord of the Rings: Gollum gets new trailer at The Game Awards

One of the oddest uses of the Lord of the Rings license is coming out of Daedalic Entertainment in the form of The Lord of the Rings: Gollum in 2022. It will put us in the role of the tragic, yet nefarious Gollum as he skitters around Mordor in search of his precious ring, the One Ring to Rule Them All. We got a new trailer at The Game Awards, and this time around, we not only saw the stealth-action gameplay of LOTR: Gollum, but also Gollum and Smeagol’s split personality in play.

The latest look at The Lord of the Rings: Gollum appeared during The Game Awards 2021 on December 9, 2021. Where we’ve had glimpses of Gollum’s adventure into the fiery lands of Sauron’s domain, this newest trailer put the gameplay of LOTR: Gollum on full display. We see him handle an encounter with some ruthless orcs, complete with Gollum’s signature deviousness. However, his more timid personality, Smeagol, also makes an appearance this time. The balance between the brutal nature of Gollum and the small remnants of humanity in Smeagol will be a balance players handle throughout the game based on how they approach each threat.

The Lord of the Rings: Gollum has easily been one of the most surprising thing to come out of video game endeavors in J.R.R. Tolkien’s legendary fantasy-fiction franchise. There’s likely few that were ever betting on a game starring Gollum of all characters when the game was announced in May 2020. Nonetheless, it presents a very different facet of adventure in Middle-earth and is shaping up to be quite the interesting game.

With Lord of the Rings: Gollum previously delayed back into 2022, we’re still waiting on a new concrete release date. Stay tuned for further details and updates on the game as we get closer to its launch next year.