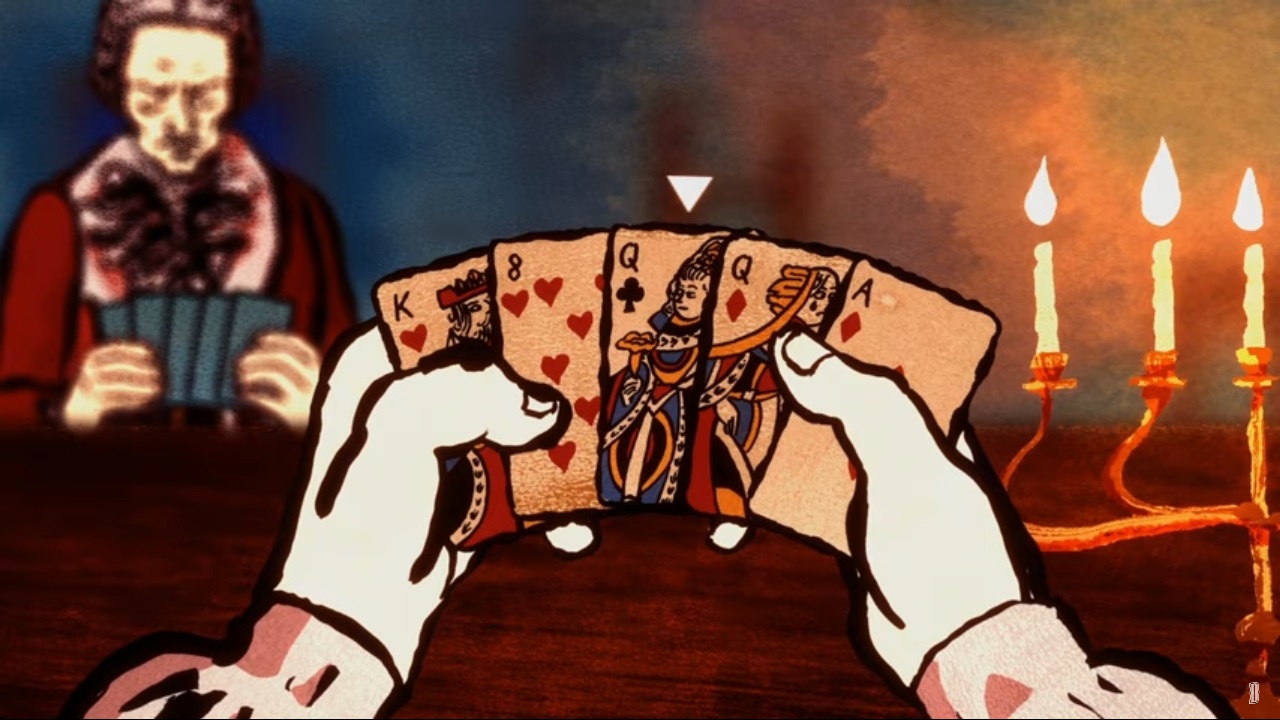 Card Shark is a very interesting gambling narrative game from Devolver Digital and Nerial – the developers who brought us the Reigns games and are working on an Animal Farm game. It was supposed to come to Nintendo Switch and Steam in 2021, but as with many games trying to make it in before the new year, it’s not to be. Card Shark has been officially delayed back to 2022 with a trailer expanding upon the nature of its card-cheating escapades.

Devolver Digital announced the delay of Card Shark into 2022 via the Devolver Digital Twitter on November 30, 2021. We didn’t get a concrete idea of when in 2022 the new release date would be set, but we did get a new look at the narrative and gameplay Nerial has in store for us. It would appear we play the role of a low-tier swindler who is taken in by a master card shark in 18th Century France. The game follows their escapades as they go town to town working over increasingly higher class (and rich) opponents in various card games. Hiding cards, marking them, deck tricks, use of reflections, and more are just part of the overall bevy of swindles involved.

One of the most interesting parts of Card Shark is that there are most certainly dangers involved. From the lowest back alley swindle to a daring gamble at high-class estates, there are many a character in Card Shark that won’t take kindly in the slightest to having their money stolen by more than Lady Luck. Card Shark landed firmly on our radar when it was first announced for PC and Nintendo Switch in August 2020. With this latest trailer’s reveals, we’re more than ready to see the intrigue this story of gambles, deceit, and subtle nudges of luck has in store for us.

As we await a more concrete release date or window on Card Shark, stay tuned for further details in 2022.