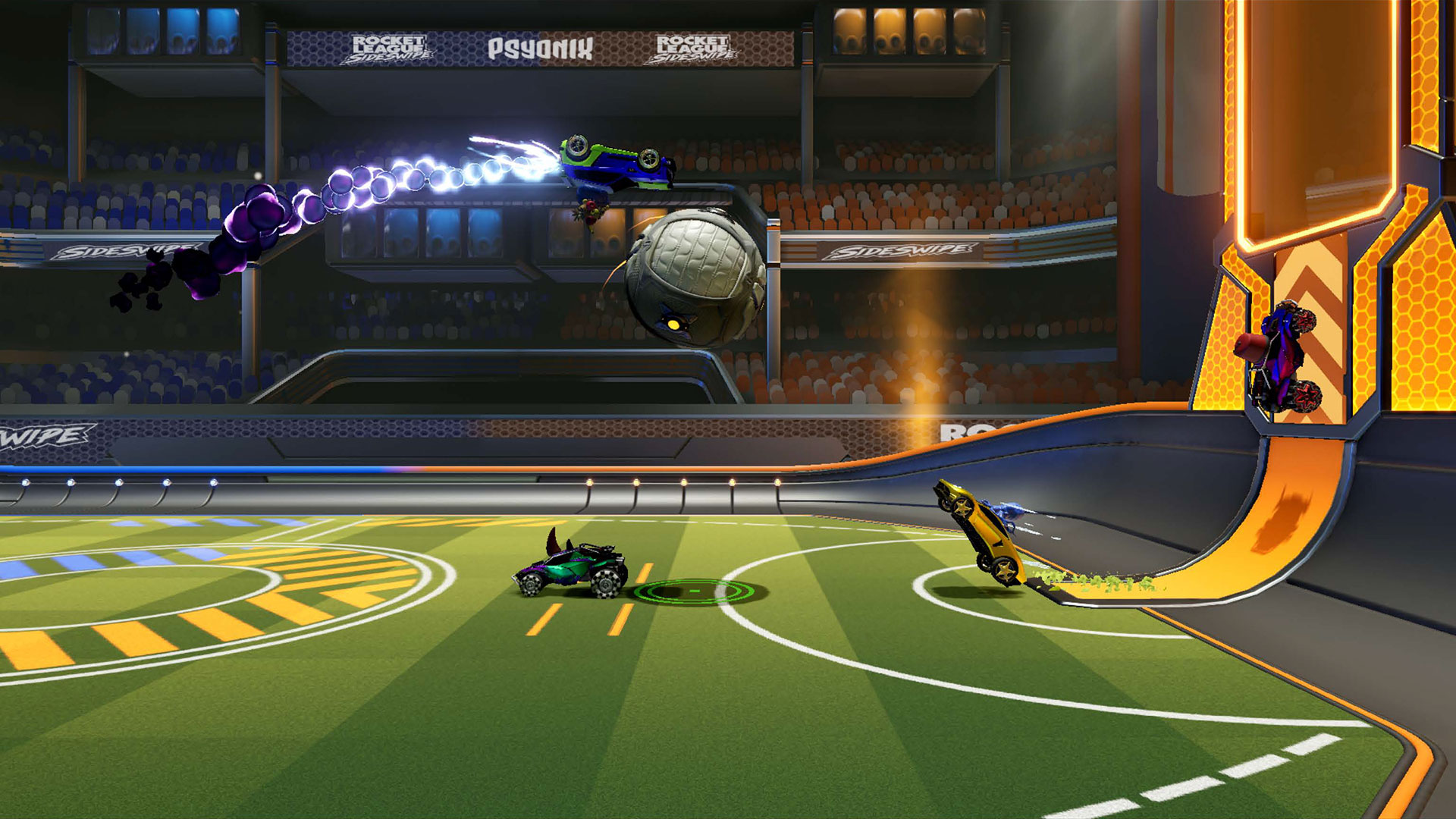 To play with friends in Rocket League Sideswipe, select the social icon in the top right-hand corner of the screen. From here, there are two ways to play with friends. Under the Friends tab, you can select and invite a friend to join your game. Under the Request tab, you can accept a game invite from friends. Once you’re in a lobby with a friend, you can ready up and jump into a game.