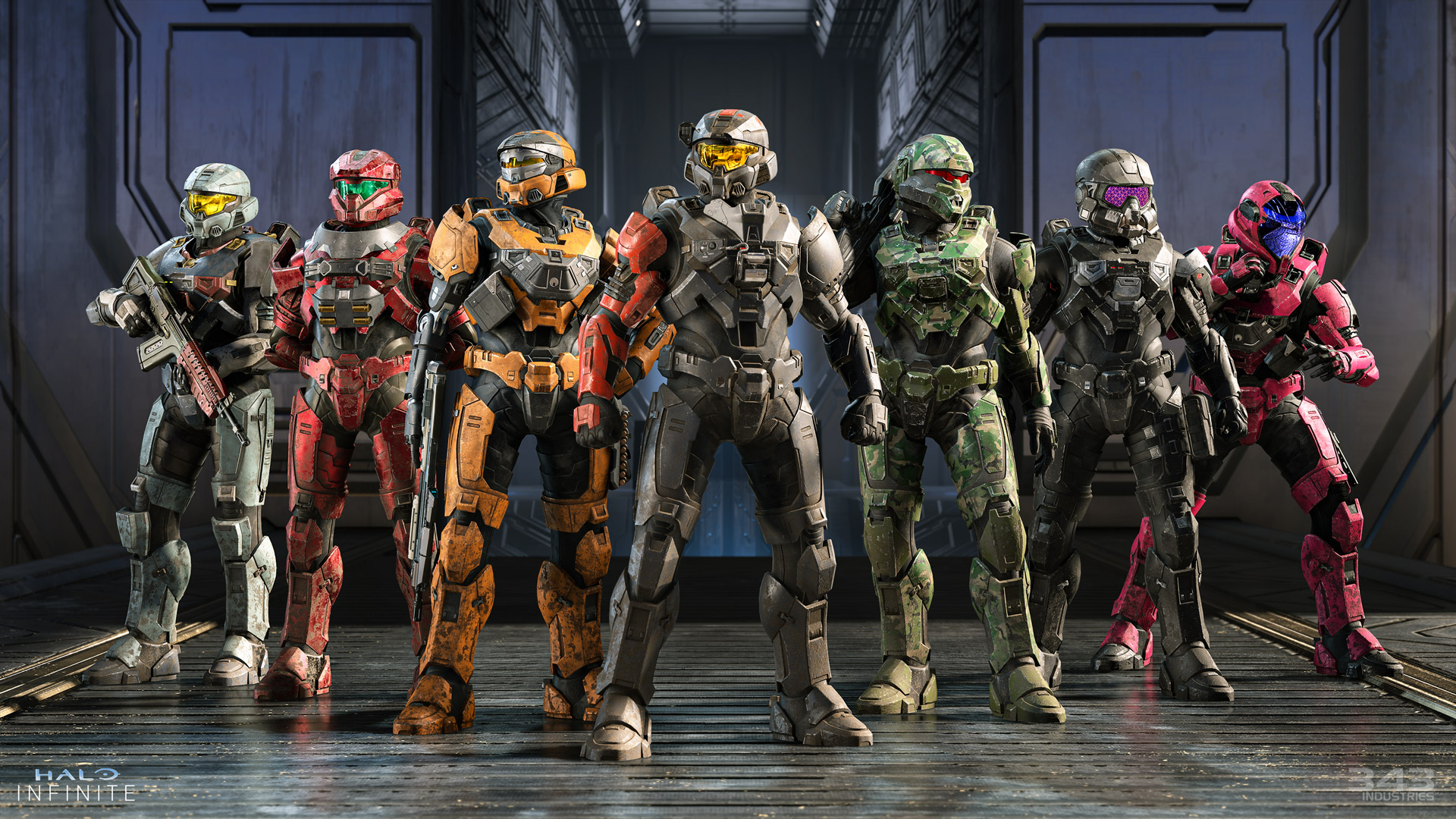 Halo Infinite Ranks are a great way for players to see how they stack up against the best of the best. This ranking system is only available in the game’s competitive mode, Ranked Arena. Instead of moving up the ranks by simply playing, players will need to actively improve if they want to rank up. Below you’ll find a table of Halo Infinite’s Ranks, an explanation of how to get a Rank, and how the ranking system works.

Halo Infinite's Ranks in Ranked Arena are broken into six tiers, with six Ranks within each tier. The exception is Onyx, the top tier in Halo Infinite. This is a Rank in and of itself and is reserved for the very best competitive Halo Infinite players. These are the ranks and tiers in the Ranked Arena playlist:

Right now, we don’t have any solid data on the Halo Infinite Ranks and what it takes to move from one to the next but rest easy knowing we’re working on it. At the moment, it appears to be a mixture of personal performance and your win/loss ratio.

The beautiful thing about the Halo Infinite ranking system is that you are exactly where you should be. If you find yourself in a higher tier and struggling, or in a lower tier and dominating, you’ll move accordingly, eventually landing in a place that reflects your skill level. The entire point of the system is for you to be unsatisfied with your Rank and work to get better so you can move up. It’s a system that encourages you to dig into the finer details of your game and look for ways to improve. It can also be wildly infuriating if you believe you’re better than your Rank suggests.

How to get a Rank

To earn a Rank in Halo Infinite, you must first play 10 Ranked Placement matches in the Ranked Arena. Consider these matches an evaluation to figure out what your starting Rank should be. Once you complete the 10 matches, you’ll unlock an achievement called All About the Grind, which means you’ve successfully unlocked an official Rank in Halo Infinite’s Ranked Arena.

It should be noted that Halo Infinite features two separate Ranked Queues that you can use to find a match. These include Open and Solo/Duo. You will be given a separate Rank for each queue and will need to complete the 10 Ranked Placement matches to earn a Rank in each one. The Open Ranked Queue features crossplay and allows for fireteams of up to four people. The Solo/Duo Ranked Queue can only be entered solo, or as a team of two, and you must select whether your input is keyboard/mouse or a controller. This allows the game to match you with players who are using the same type of input device.

How to improve your Halo Infinite Rank

The way to move up in Rank while playing in Ranked Arena is to perform well. You should be matched against players with a similar Rank to yourself. This should make the matches highly competitive, with those who perform well seeing their Rank increase, and those who perform poorly dropping down a bit. If you string together several good matches in a row, you should be on the move. If you go on a slide, however, you could find yourself at a lower tier.

What does it mean to perform well? That should be obvious, but it means you need to get kills, assists, and complete in-game objectives if there are any. Minimize your deaths and be a productive member of your team, helping them win.

With 31 tiers in Halo Infinite's Rank system, there’s plenty of motivation for players to perform better and move up the tiers. We’ll be sure to keep you updated should information arise concerning the points or win/loss required to move up through the brackets to higher levels. Grappleshot over to our Halo Infinite page for more guides and the latest news.

How to get the Gaming Desk - Animal Crossing: New Horizons