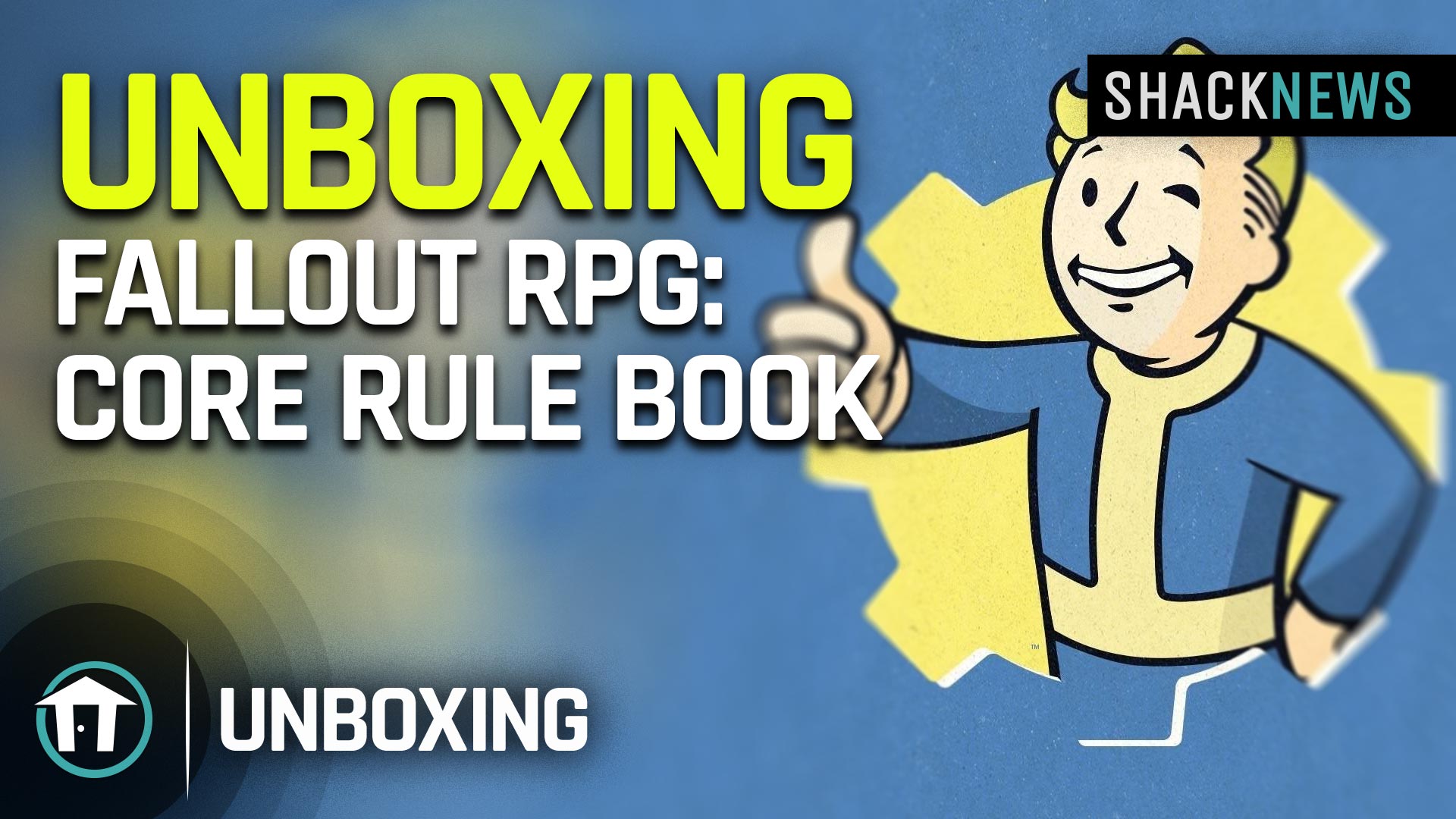 The Fallout franchise is one of the most iconic video games. Now, a new tabletop game brings the popular RPG to life. We were lucky enough to get our hands on Fallout: The Roleplaying Game and unboxed it for your viewing pleasure.

Our Fallout: The Roleplaying Game unboxing is live now, and shows us diving into what’s included in the package. Arguably the most important part of the game is the Core Rulebook, which sets the rules, and informs players how to play the game. You can get a peek at the Core Rulebook in our video using the embed below.

The Fallout: The Roleplaying Game Core Rulebook is hundreds of pages long, and includes some gorgeous artwork in addition to details about how to play the game. It also features a lot of interesting lore about the post-apocalyptic world of Fallout. We also unpacked some mini figures, which players will use to indicate their character when playing. The pack includes one Power Armor mini, with six soldiers as well.

The full Fallout: The Roleplaying Game Core Rulebook can be found over on the Shacknews YouTube channel. Be sure to subscribe there, as well as to the GamerHubTV channel for more unboxing videos.