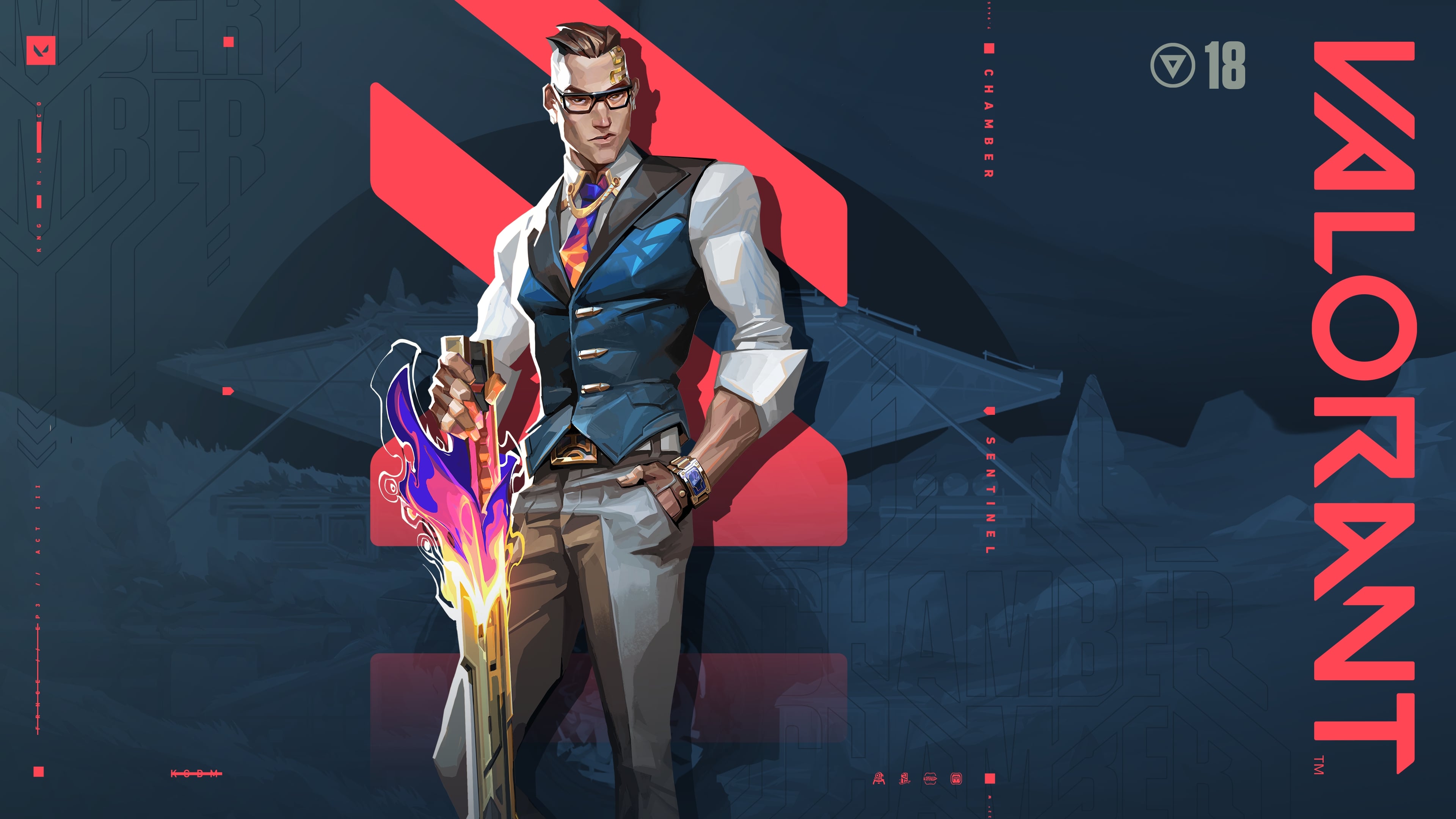 After a long build-up of teases, Riot Games has revealed the newest Valorant Agent. Hailing from France, Chamber is a weapons designer and deadly killer. He’s set to arrive in the tactical shooter during Episode 3 Act 3.

Riot Games gave us our first look at Chamber with a cinematic trailer on October 29, 2021. In the trailer, we get to see the character’s personality on display as he interacts with other Agents. Chamber is a Sentinel, with a focus on locking down sites and cutting off enemy pushes before they start. Let’s look at each of his abilities, as shared by Riot Games.

Ready for the upcoming Sentinel Agent? Here's a little glimpse at what Chamber brings to the scene. pic.twitter.com/tbRVQRPmPU

Chamber can not only summon his own pistol and sniper rifle, but he also has the ability to teleport between two locations that he designates with his anchors. It will be interesting to see what combat and economy strategies that players come up with for him. We get a small glimpse at Chamber gameplay in the above video shared by the developers.

Chamber was originally planned to launch alongside Episode 3 Act 3 next week, but his arrival was delayed by two weeks as Riot Games puts some finishing touches on the character. For more on Valorant, Shacknews is your place.