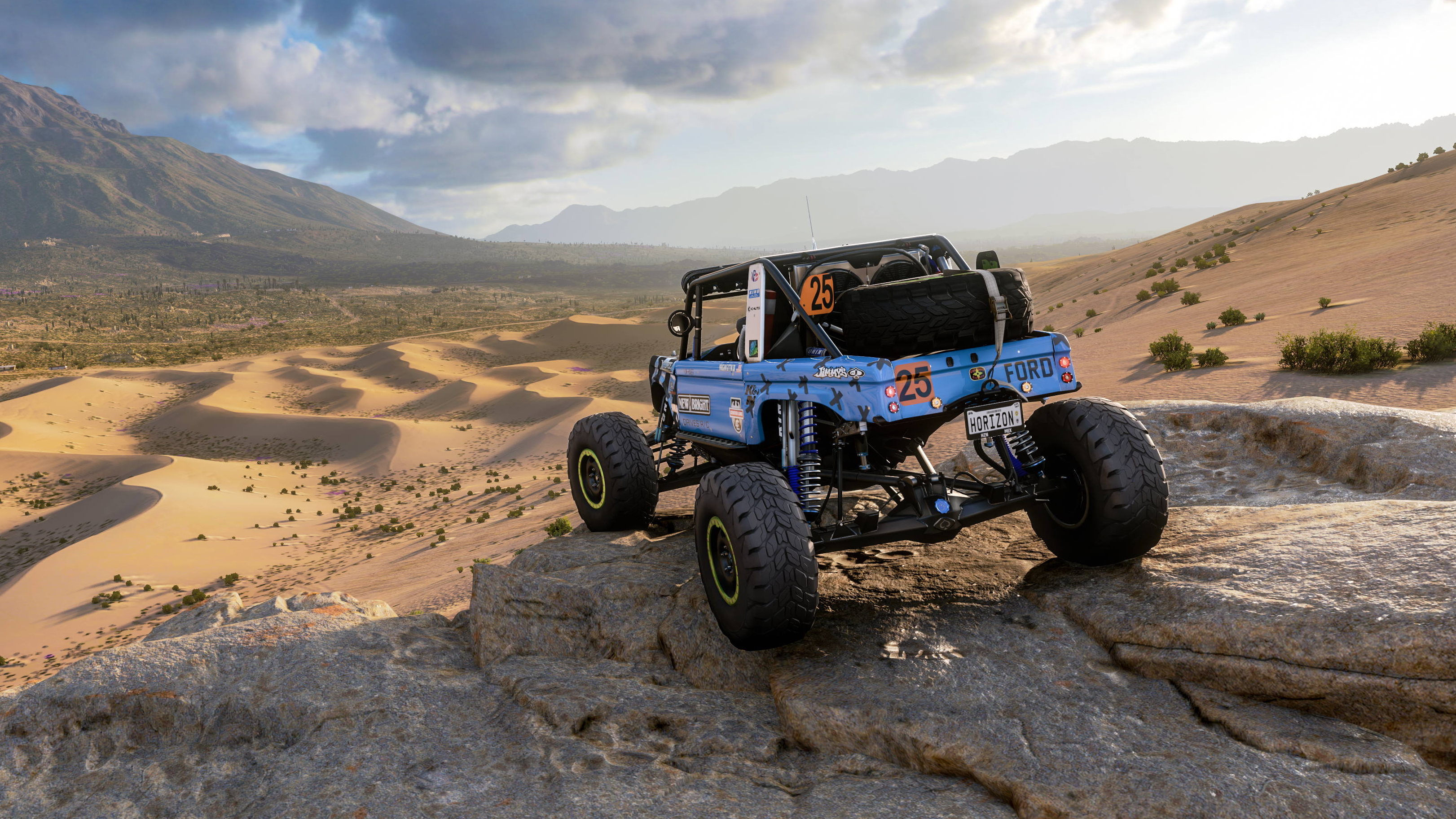 It is no big secret that I love the Forza Horizon series. When you marry the love for cars that usually only comes with strict simulators and a knack for crowd-pleasing fun, the results are fantastic. It could be argued that the Forza Horizon games released for the Xbox One consoles were the pinnacle of first-party Xbox software in that generation. As the first outing built with the Xbox Series S|X in mind, Forza Horizon 5 has a lot riding on its shoulders. It needs to impress visually as showcase software for Microsoft’s expensive new consoles and have enough casual appeal to lure gamers into an Xbox Game Pass subscription.

With that in mind, the team at Playground Games has stuck with what brought them to the dance. Forza Horizon 5 is offering gamers the same experience we saw in Horizon 3 and 4, though now the action goes down in Mexico. Are a simple location swap and some fancier graphics slapped on top of a cross-generation game enough to equal magic? ¡A huevo!

A wonderland awaits you south of the border

For those who may be new to the Forza Horizon series or never paid much attention to the details, the basic premise is that groups of car aficionados from across the globe collect around a single location for a months-long celebration of all things automobile. Players will participate in this event, known as the Horizon Festival.

Provided with a handful of starter rides, players then drive around a lush open world, earning points for everything they do from organized racing to smashing fences while trying to run over sheep. As XP and credits accrue, any number of new vehicles can be purchased from a roster of the greatest enthusiast cars of the last sixty years. You can hop into any of your vehicles at any time and nothing stops you from progressing through the game in any order or at any pace.

Lots of digital ink has been tossed onto screens spreading the word that Forza Horizon 5 will be focused on Mexico. The primary location in Horizon games has always been important as this choice provides the geography on which the byzantine roads network is built. The location also serves as inspiration for the available car roster. In Forza Horizon 3, players could collect nearly thirty different Holden-branded vehicles as a tribute to the car manufacturing history of Australia.

Whoever at the Playground Games office suggested Mexico as the location for this game should get a raise. From the white sand beaches to the humid jungles and the edge of a volcano, this stylized version of Mexico has it all. The marketing materials say the map contains eleven different biomes and I set out with the intention of running through each. Again and again, I lost track of my goal as I found my head spinning as my mind yanked it towards everything interesting on the horizon I could spot.

When the game was first revealed, I was initially impressed at what I saw in the compressed trailer material, but knowing that this software also had to function on the now-ancient Xbox One console, I had concerns that Playground Games would not be able to push far beyond the visual standard set by Forza Horizon 4 (with its particularly breathtaking PC version in mind). My concerns have no place in this house.

If you get off on good-looking games. Forza Horizon 5 should go onto your shortlist. I got to see Horizon 5 for myself on the Xbox Series X, where the game can run at resolutions up to native 4K (thanks to the engine’s dynamic resolution support). When you boot up, you are presented with two options, Graphics Mode and Performance Mode. Graphics Mode enables the highest-possible quality settings, along with ray tracing support in ForzaVista, and it runs at a steady 30fps. Performance Mode dials back the settings across the board and will make use of dynamic resolution more aggressively to hit its 60fps target.

Obviously, competitive players or those who really care about input lag and control will opt for Performance Mode and its 60fps output. It looks great and handles just like you’d expect. On the other hand, if you can live with 30fps (and many longtime Horizon players have done so over the years), Graphics Mode gets you all the eye candy. If you shelled out for a fancy big-screen TV this year and your friends are tired of seeing Ratchet & Clank: Rift Apart as demo material, Forza Horizon 5 can now serve as an alternate choice.

From the mountain peaks to the individual cracks in a dried desert mudhole, the visual presentation in Graphics Mode can be summed up with a single adjective, detailed. You may not notice when you are barreling down the road at 175mph in your Ferrari FXX K, but you can see every nook and cranny on that cactus you just passed. I saw this detail once I flipped my ride and the ordeal left the car sliding to a stop on its roof against one such cactus. I opened Photo Mode and then wasted fifteen minutes trying to get a money shot of the cactus. It was here that I noticed how real the rocks resting by the road looked and how detailed their shadows were. So naturally, I spent fifteen minutes trying to get pictures of the rocks.

I bet Tom Petty would understand

World-famous rock and roll performer Tom Petty once sang, “The waiting is the hardest part.” I know how you feel, Tom. Every minute I spent working through the preview build felt like agony because my mind kept reminding me that I still have to wait a month to get to play the game for real with an online-connected open world. I did see the initial drive, a showcase event, and a pair of Horizon Story events, but I know this is just the tip of the tip, and if the waiting doesn’t kill me, I’ll see you all in Mexico in November.

These impressions are based on an Xbox Series X preview build. The game was provided by the publisher for coverage consideration. Forza Horizon 5 launches on November 9 for Xbox One, Xbox Series S|X, Steam, Windows Store, and Xbox Game Pass.