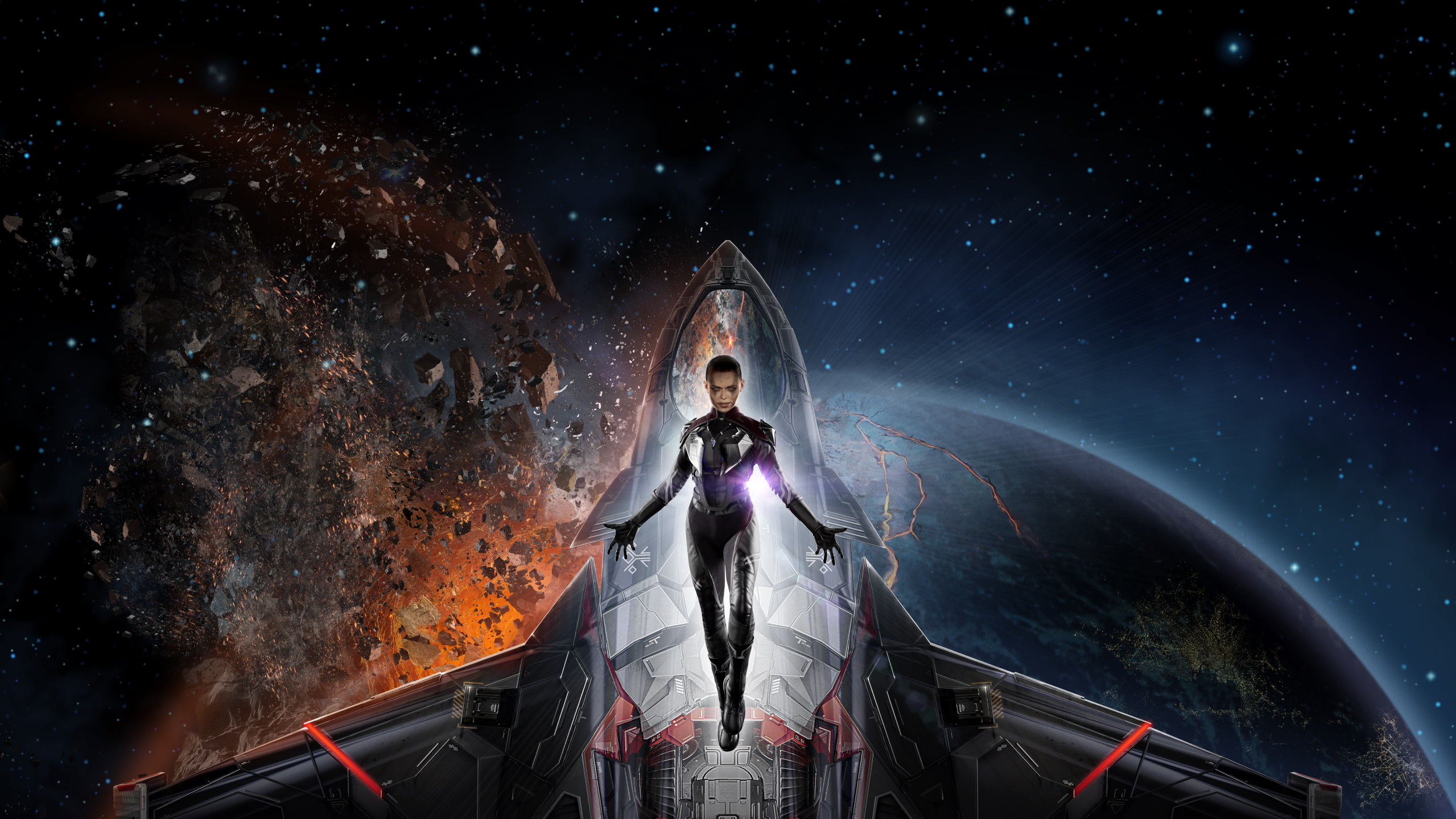 The space shooter was one of the most popular genres in PC gaming some thirty years ago. You couldn’t throw a can of soda in a Babbage’s without knocking over a display full of new copies of Wing Commander or Star Wars: Tie Fighter. While the fervor for the genre has subsided a bit over the years, the appeal has never wavered and the team at Fishlabs, with the help of publisher Deep Silver, are working to build their own take on the genre in the form of Chorus.

This ship is Forsaken

Chorus focuses on a story told against the vast expanse of outer space. Nearly thirty years ago, a cult known as The Circle rose to power under the leadership of The Great Prophet. Some say The Great Prophet was a man or a man who transcended into a higher form. He was initially loved by denizens of the galaxy thanks to his advancements in treatments for the great plagues that tormented hundreds of trillions. The totalitarian rule of The Circle was seen as overbearing, even if the people were grateful for the protection from the plagues.

The Circle continued to dominate galaxies through sheer force. One of their most infamous members was Nara. Nara worked as an enforcer, carrying out missions and assassinations for the betterment of The Circle. She patrolled the stars with Forsaken, her sentient ship. Following a massacre at Nimika Prime, which left a planet destroyed and its inhabitants dead. After this battle, The Circle spread propaganda that Nara had transcended to a higher level, but others whispered that she was missing.

Now Nara has returned and is forced to face her past actions. She once again joins Forsaken, who is reluctant to re-team after personal relationship fallout from the Nimika Prime incident. The pair is now on the hunt against The Circle, with Forsaken willing to put the past behind him in the name of the greater good. Nara must work through the stars and back to The Great Prophet for the ultimate showdown.

As far as playing Chorus goes, the game feels a bit like a mix of Everspace and Descent. The action takes place in a distant third-person view behind Nara and Forsaken. The controls work as you’d expect for a third-person space shooter, though Chorus does have some interesting wrinkles to add to the old formula.

Encounters can be as simple as dogfighting space pirates or defending massive convoys from waves of enemies. Weapons run from the basic Gatling gun up through rockets and lasers. Some enemies drop pickups that will facilitate equipment upgrades and abilities. Speaking of abilities, Forsaken is a sentient ship, and much like K.I.T.T. from Knight Rider, spends lots of time conversing with Nara. When the two aren’t working through their own issues, Forsaken is capable of some novel abilities such as telekinesis and teleportation.

During encounters, targets in range can be warped to, placing Nara and Forsaken directly behind them, making dogfights less annoying. This warping can also be used to navigate the various ship and wreckage innards that Chorus will send you through. It’s during these scenarios where the game most closely resembles classics like Descent or Forsaken (I wonder where this ship got its name…). Another neat trick is Forsaken’s ability to drift in zero gravity. In practice, it works exactly how it sounds, with Cara steering Forsaken through narrow passages and crevices all while slinging that backside around like a 1978 Ford LTD.

On the audiovisual front, Chorus certainly looks the part. In the demo version I got to play, various debris fields and warp gates were on display, each awash in light from the nearest star. Clutter and debris are everywhere, with 4K displays benefitting from the enhanced detail on bit and rock surfaces. The audio and music in Chorus jumped right out from when the application first launched, boding well for the full experience. On my PC, performance was also outstanding with a maxed out 4K presentation barely putting any sweat on my GPU. I expect Chorus to get the deluxe treatment on PS5 and Xbox Series X where native 4K and high refresh rates will likely be on the menu.

Fishlabs and Deep Silver might not be the biggest names in the industry, but the release of Chorus has the chance to make some waves. It effectively marries two popular styles of space shooter and allows the chaos to play out against the backdrop of an intriguing, if not ominous story. While the space drifting looks and feels a bit hokey, the rest of the presentation so fully commits to its ambitions that it will be hard to avoid becoming immersed. Chorus is expected to launch later this year on PS5, PS5, Xbox One, Xbox Series S|X, and PC. Yes, the title looks like it says Chorvs. I love it.

This preview is based on a pre-release demo on PC. The demo was provided by the publisher for coverage consideration.