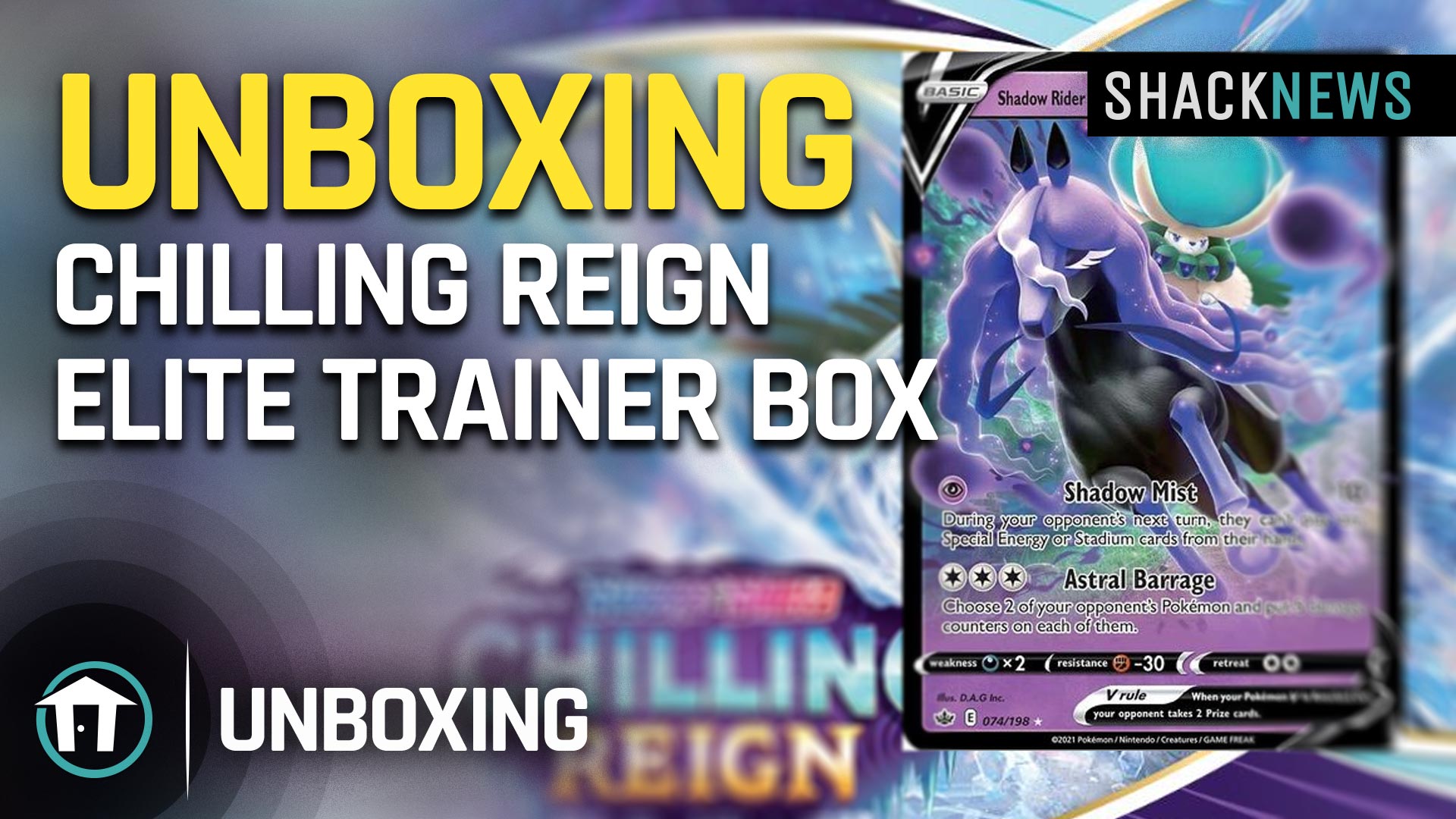 Pokemon cards continue to be one of the most sought-after collector’s items on the market. We were lucky enough to be sent a Chilling Reign Elite Trainer Box by the folks over at The Pokemon Company, and have recorded an unboxing for your viewing pleasure. Please, take a look.

Shacknews head of video Greg Burke recorded a full unboxing of a ChillingReign Elite Trainer Box. From the Pokemon Shield set, this box includes 8 Booster Packs, as well as some exclusive card sleeves, dividers, acrylic tokens, damage counter dice, and an assortment of Energy Cards. Greg goes card by card, opening all 8 of the Booster Packs in the video.

As with anybody that purchases Pokemon card packs, we had our fingers crossed in hopes of scoring some rare pulls. With Pokemon from all 8 generations featured, there is a wide array of creatures included in the pack opening. However, you’ll have to watch and see for yourself if we’re able to get any rare pulls.

If you’re a fan of the Pokemon Trading Card Game but haven’t been able to get your hands on any packs lately, hopefully we can help you scratch that itch. If you enjoyed the video, we encourage you to dive deeper into the Shacknews YouTube channel, as we have a solid library of Pokemon card content. Be sure to subscribe while you’re their to make sure you don’t miss a video in the future.