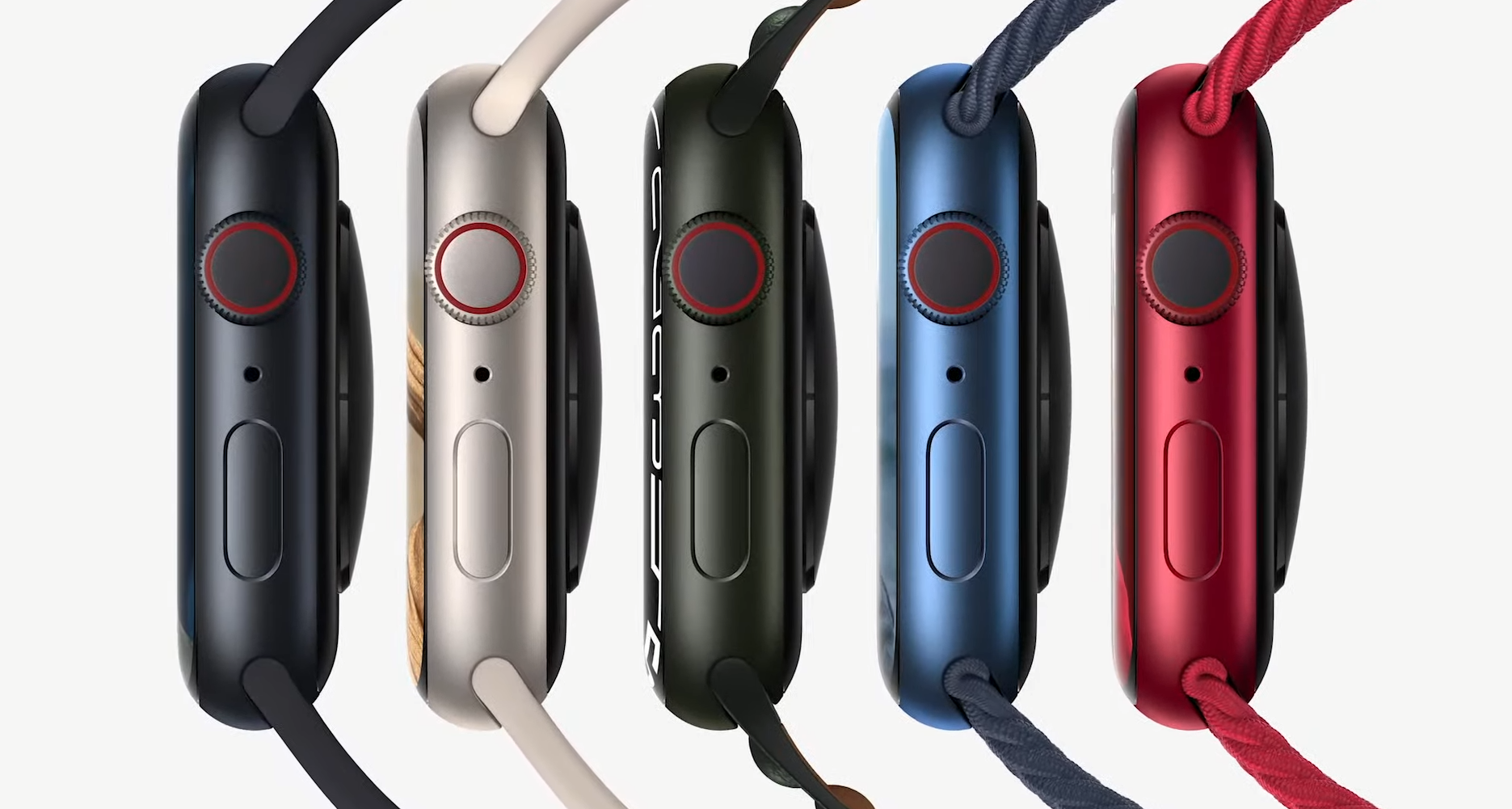 During the September Apple Special Event, the company shared news on its range of products and services. It was here that the tech company announced the Apple Watch Series 7. The Series 7 features the biggest display yet in an Apple Watch, as well as improved battery life.

Apple showcased the Apple Watch Series 7 during the California Streaming Apple Event on September 14, 2021. The company detailed its move to make the Series 7 the biggest display in Apple Watch history.

The Apple Watch Series 7 once again maintains the always-on retina display, meaning you won’t need to raise your arm or tap the screen in order to wake it up and see the time. Apple has made some changes to the always-on display, stating that it’s 70% brighter indoors when your arm is down.

Another big design change in the Apple Watch Series 7 is in its wraparound design, which Apple achieved with the use of refracted light around the edge of the display. The company boasts that the display is crack resistant, dust resistant, and water resistant, making it the most durable Apple Watch yet.

A bigger display means more room for user input. With this in mind, the Apple Watch Series 7 features a full keyboard, so that users can type out their messages, utilizing the slide technique with QuickPath.

The Apple Watch Series 7 will be available later this fall, and will start at $399 USD. Additional details can be found on Apple's website. We’ve got all of the news out of the September Apple Special Event for you here on Shacknews.