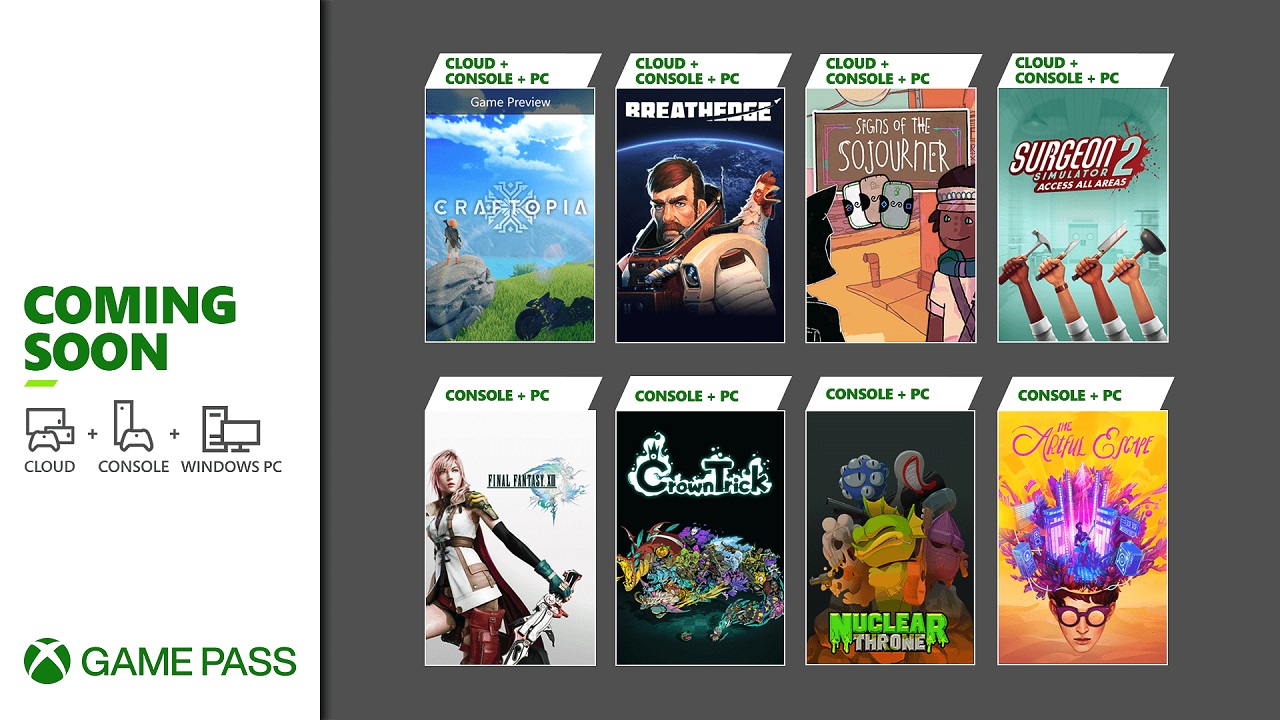 The month of September has arrived, and with it comes the latest slate of games coming to the Xbox Game Pass - arguably one of the best values in gaming. Xbox usually shows up bi-monthly to share the latest collection of games set to become available in its Game Pass program and September is no different. We got the reveal of games for the first half of the month, including Final Fantasy 13, Craftopia, Breathedge, and quite a few other titles.

Xbox revealed the early September slate of games for Xbox Game Pass via an Xbox Wire blog on September 1, 2021. There are some interesting additions to be sure. RPG fans might be interested in checking out Final Fantasy 13, but if you want something truly out of the ordinary, Craftopia and Indie-licious alumni Breathedge are also on the slate. The former is a wacky little title in which you can pretty much craft, farm, build, or do anything you want on a small island of animals. Breathedge is a space survival sim in which you explore a destroyed space station. It’s also got some comedic elements for being in the vacuum of space.

That will cover the first half of September. Don’t forget to check back later this month to see the next offering of games set to come to the Xbox Game Pass. We’ll have it right here for you on Shacknews as it becomes available.