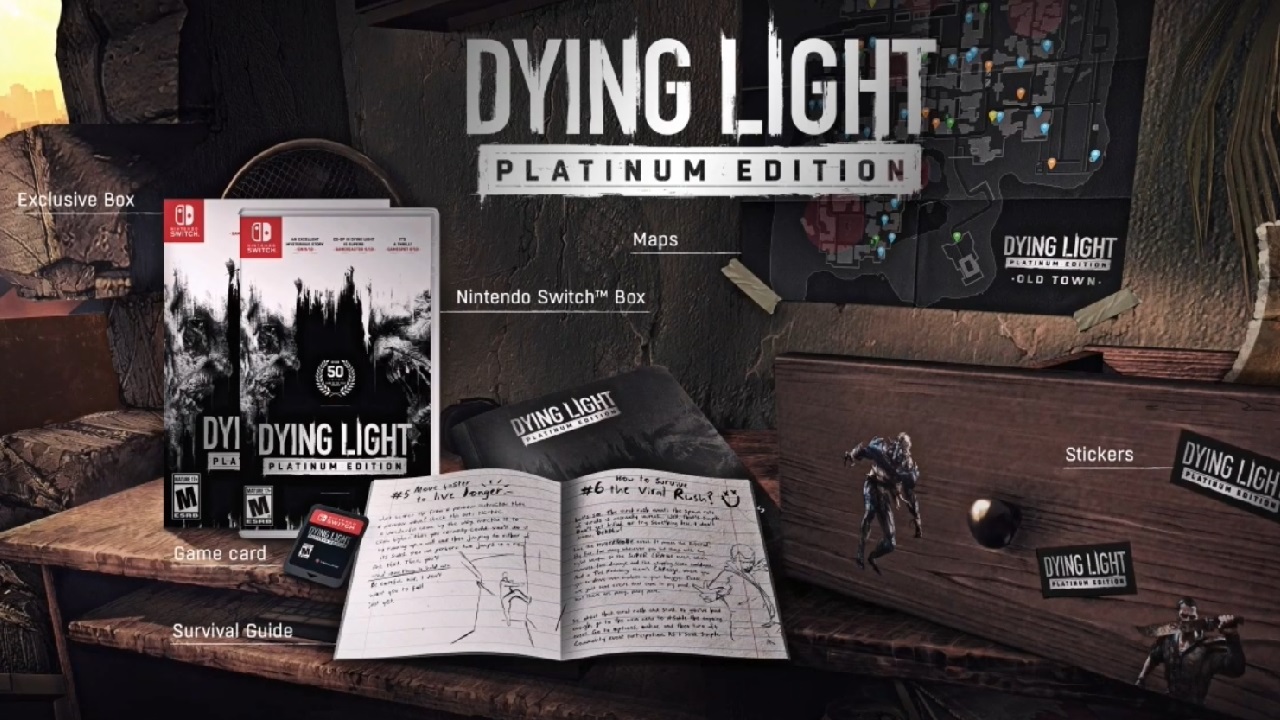 Dying Light and all of the extended content that have come out for it have made for an incredible run of open-world zombie combat and survival. It’s a beloved game to say the least and we’re hotly anticipating Dying Light 2, but ahead of Dying Light 2’s release, Techland had a special surprise regarding the first game. Dying Light Platinum Edition has been announced for Nintendo Switch and Techland will have release dates and further details to share on it soon.

Dying Light Platinum Edition was announced for Nintendo Switch during its Gamescom 2021 Dying 2 Know livestream on August 26, 2021. The Dying Light Platinum Edition was announced fairly recently for PS4, Xbox One, and PC. It brings all of the Dying Light content together in one place, including the base game, the massive The Following DLC expansion, and plenty of other content that has been released for the game since it first launched in 2015. It makes for about 100 hours worth of game and the co-op mode will apparently be intact on the Nintendo Switch version.

The original Dying Light was a pretty great experience, allowing us to explore a dilapidated city as we fought to survive against other humans and factions, as well as festering infection turning humans into ravenous monsters. It has been further improved in the time since with major expansions like The Following, which added dang near a full game worth of more content to the original game. Dying Light Platinum Edition includes all of this and more. It’s wild that Techland could stuff all of this content into a Switch package, but that seems to be the plan.

There was no release window announced during the initial announcement, but Techland promised details will be arriving shortly. Stay tuned as we await the opportunity to take all of Dying Light on the road with the Nintendo Switch, as well as further news on its sequel, Dying Light 2, right here at Shacknews.