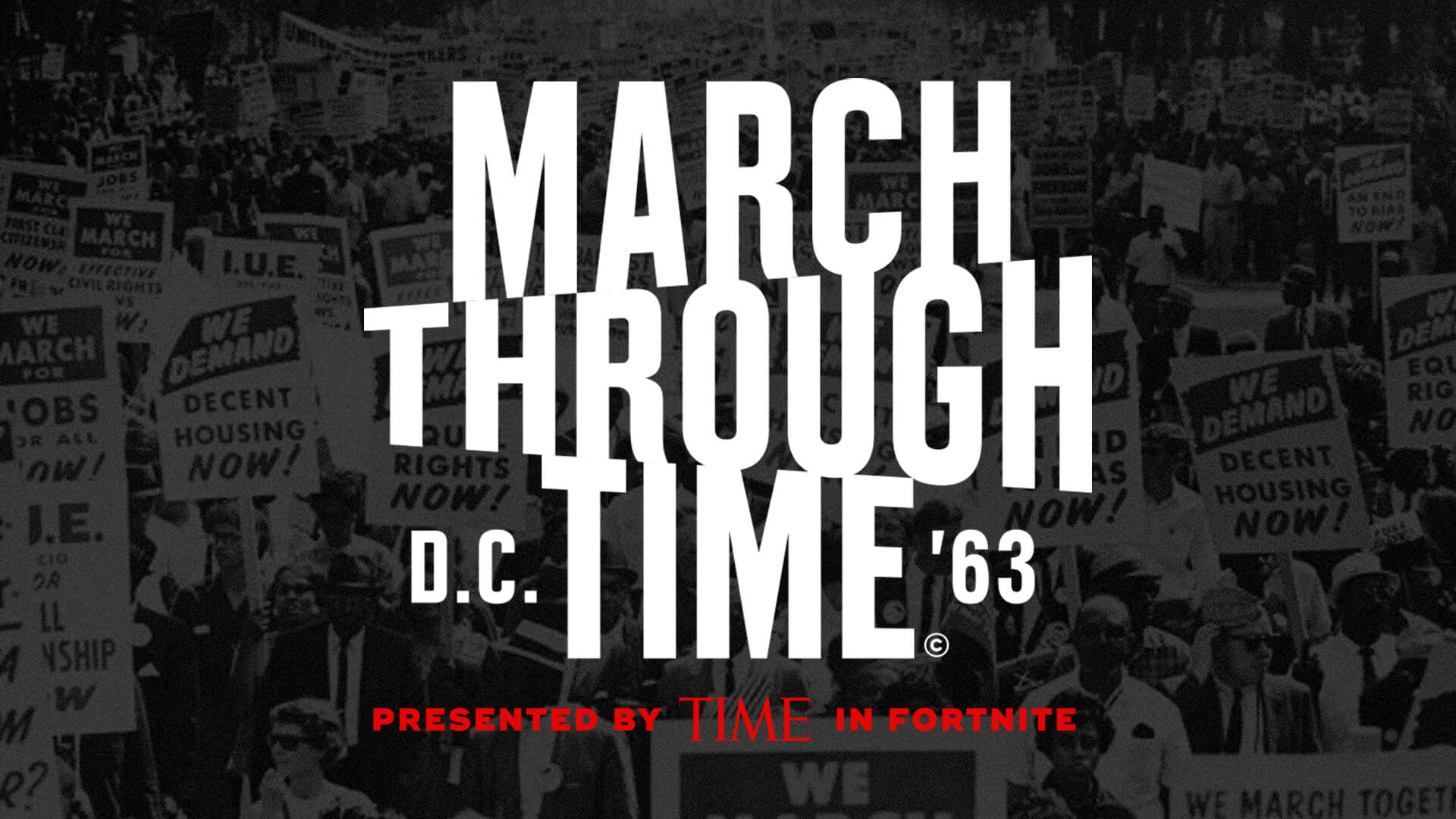 It feels like every week, Epic Games is announcing a new collaboration with a different brand or major media franchise. However, it’s latest crossover is one that’s looking to educate and inform players. TIME Studios has partnered with Epic Games for March Through TIME, an interactive experience in Fortnite that celebrates the life and work of Dr. Martin Luther King Jr.

Epic Games announced March Through TIME with a post made to Fortnite’s official website. Presented by TIME Studios, players can explore a recreation of 1963’s Washington D.C. in Fortnite Creative Mode, which was made by members of the game’s community. A video released by Epic Games shows different locations in the city where Dr. King marched, as well as the Lincoln Memorial, where he gave his iconic “I have a dream” speech.

There will also be interactive quests that players can complete with others while exploring D.C. 63. Completing these challenges will reward players with the D.C. 63 spray for their locker. The TIME website also has a new article on MLK that players are encouraged to read in order to further educate themselves.

Epic Games encourages players to share how they were inspired by Dr. King with a post to social media. “The ongoing struggle for Civil Rights as a global movement has benefitted from the collective efforts of millions of people around the world. Tell us how Dr. King, D.C. 63 or a person in your life inspired you by using hashtag #FNDC63 and sharing your experiences on Twitter, Instagram or TikTok.”

This isn’t the first TIME Epic Games has used Fortnite as a means to spotlight civil rights-related matters in the real world. Last summer, the company held We The People x More Than A Vote, where notable activists and celebrities talked about voter suppression and how it disproportionately impacts black communities in the United States.