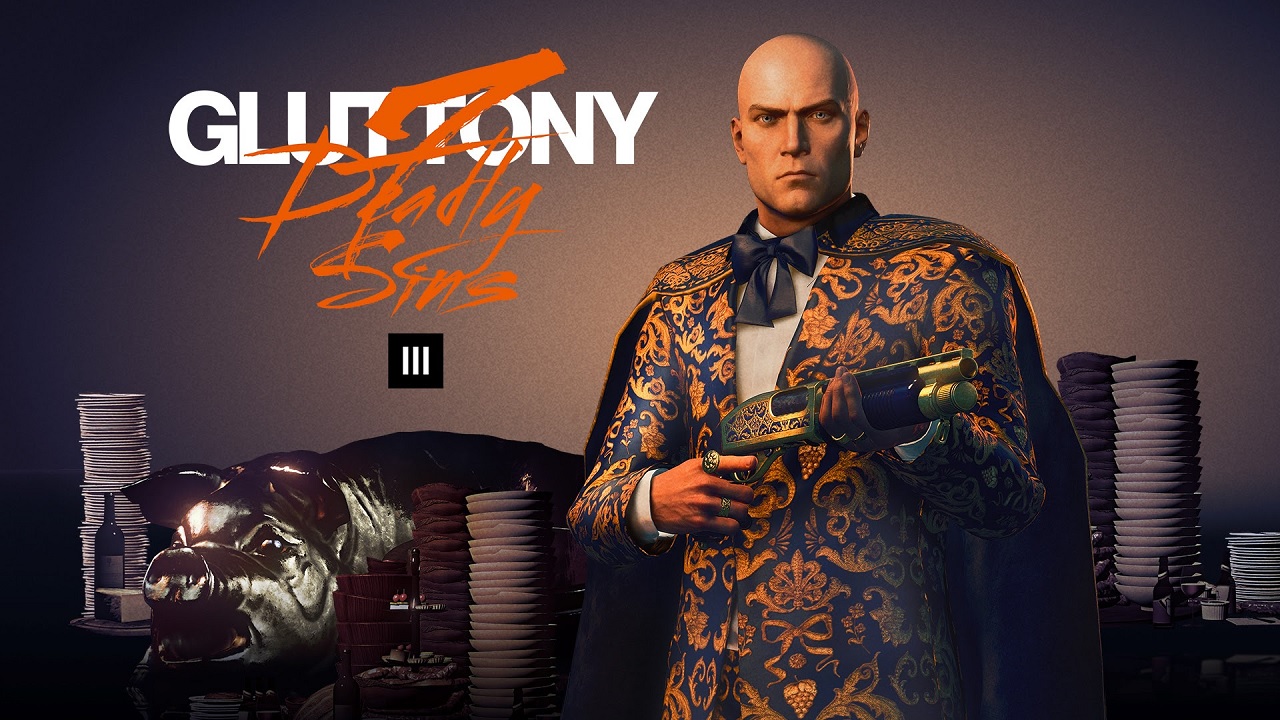 We’re about to be five sins deep in Hitman 3’s lovely Seven Deadly Sins DLC series. Lust, Sloth, Pride, and Greed have come and gone, and up next is Gluttony. These DLCs have given Agent 47 some intensely lavish gear in the past, but much like its namesake, the Season of Gluttony’s content seems intent to go beyond reasonable. The new gear is looking as lavish as ever, and this time, Agent 47 gets a fancy cape to go with his latest new suit. Of course, a new mission awaits to claim it all.

IO Interactive revealed the details of Hitman 3’s Season of Gluttony via a trailer on the Hitman YouTube channel on August 26, 2021. All about indulgence, this chapter of the DLC takes players to Chongqing to engage in a feast of murder. A pig-masked man awaits you in the city, looking to indulge. Agent 47 will have to fill the pig if he wants to claim the prizes associated with this season, which include the Profligacy Suit, Maximalist Shotgun, and “Bubble Queen” gum pack.

Hitman 3’s Season of Gluttony is set to start on August 31 when the new DLC will launch. As with every one of the Seven Deadly Sins DLC, the Gluttony pack will run you $5 USD, but you can also get a bundle of all of the Seven Deadly Sins content for $30, cutting out the price of one of the seven entirely. It’s been a pretty fantastic run of content and gear, and there’s bound to be a content roadmap right around the corner with plenty of other fun things to explore, such as Elusive Targets and Featured Contracts. Heck, Shacknews was part of the Featured Contracts in the Season of Lust.

With the Season of Gluttony coming just next week, stay tuned for more news and updates. When the new content roadmap launches, we’ll have it right here for you at Shacknews.