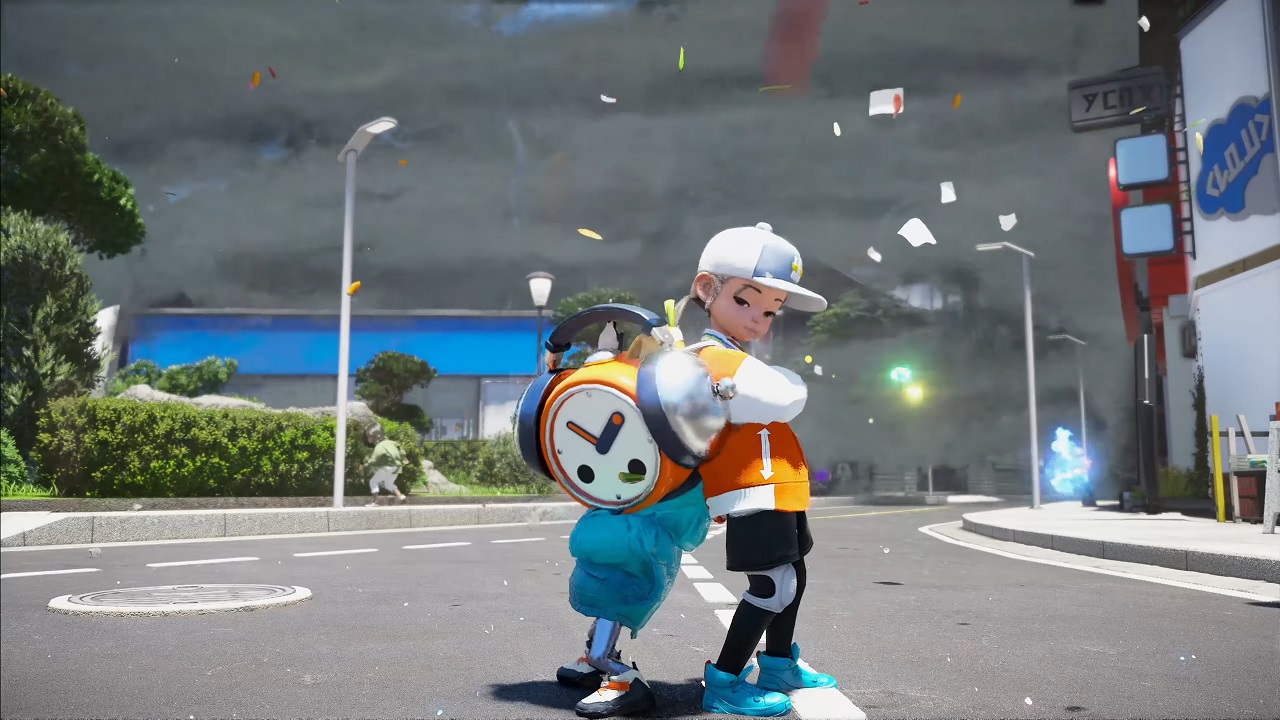 As we’ve come into an era of gaming where other developers are more confident in trying to capture the magic of what Pokemon has given us and put their own spin on it, we got an interesting reveal at Gamescom 2021 from South Korean developer Pearl Abyss. DokeV has you taking on the role of a child that gets your hands on the power of curious pocket monsters, but the skating, open world exploration, superhero antics, and action combat show this game is going to be so much more than just a run-of-the-mill critter-collecting adventure.

The musical gameplay video for DokeV was revealed during the Gamescom 2021 Opening Night Live presentation on August 25, 2021. There was… a lot going on here. You do get your hands on unusual pocket monster pals such as a bear in boxing gloves, a walking alarm clock, and more, but DokeV also shows kids skating on skateboards and rollerblades, driving around the city in small cars or across the water on jetskis, utilizing their powers to turn into heroes, and engaging in action-RPG combat with a variety of enemy beings. You can see the ridiculously wild trailer for yourself just below.

Pearl Abyss has been working on DokeV for more than a little while. There were teases and reveals as far back as 2019, but nothing quite like this latest showing. Pearl Abyss is well known for its previous work on titles like sandbox action-MMORPG Black Desert. However, DokeV is a much more lighthearted game, as can be grasped fairly quickly from the infectious musical beat of the new trailer. Despite the fact that there’s a ridiculous among of things going on in the game, it still looks like it could be quite a fun time.

We didn’t get a release window on DokeV just yet, so stay tuned for more reveals from Pearl Abyss right here at Shacknews, or check out the game’s website to sign up for its newsletter and keep up to date on the latest announcements for the game.