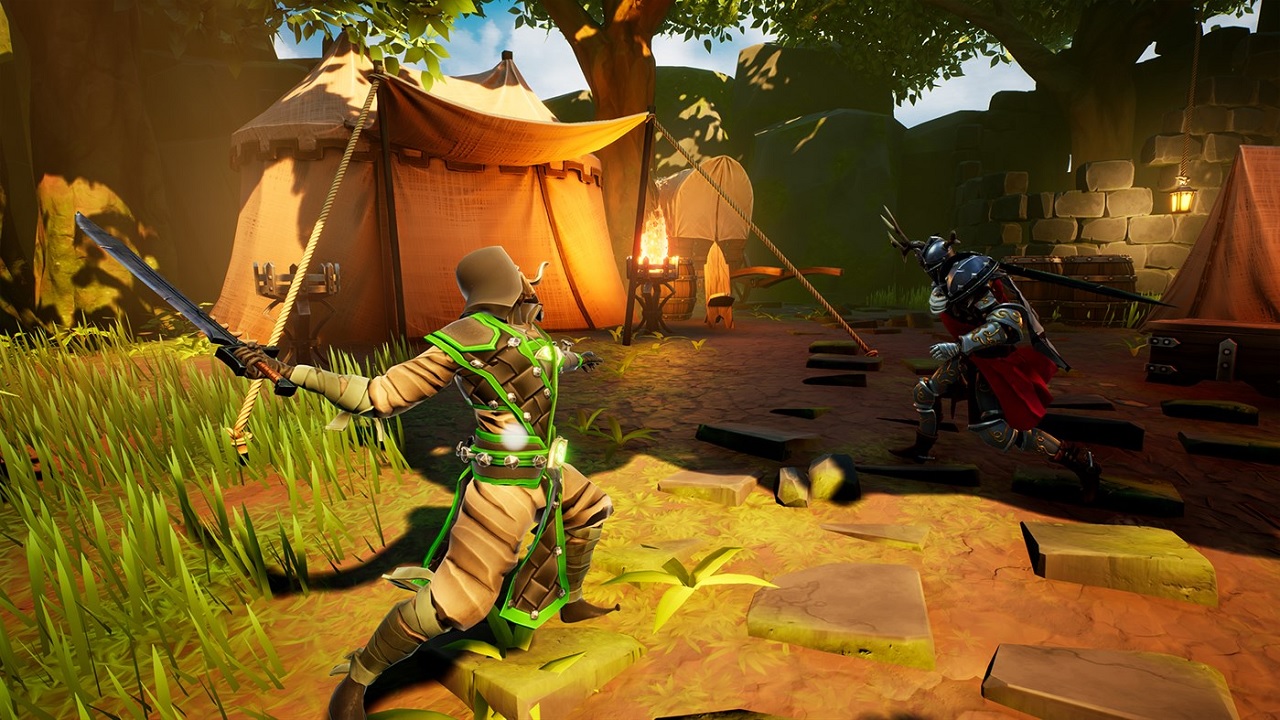 Stray Blade is an interesting and quirky looking fantasy-action title coming from Point Blank Games and 505 Games. It’s not really news that this game was in development, but it’s been quiet for quite some time. However, at the recent Gamescom 2021 Xbox presentation, the game came out of the woodwork. We got a proper reintroduction and gameplay reveal of the game during the event.

The new Stray Blade gameplay reveal was shown during the Gamescom 2021 Xbox Stream on August 24. Coming from the Point Blank Games studio in Berlin, Stray Blade is a fantasy action title that takes players into a magical medieval world where humans both coexist with and fight against fantastic creatures and beings. You are joined by a diminutive wolf being known as Boji as you venture through the world, gaining strength and engaging in active combat against various creatures and foes. When you die, the time in the world moves along, and so it becomes an ever-changing environment as you seek to destroy relics of the past and bring peace to a war-torn world. You can see the trailer in action just below.

This isn’t Stray Blade’s first ever appearance. The game was originally teased by 505 Games and Point Blank at Gamescom 2019. The game still had its lush, medieval action style back then. You’ll take up various arms in this game that will allow you to discover a myriad of combat styles in the game’s fast-paced and precise battles. You’ll also discover the old god-kings that ruined the world and destroy them to harvest their power. However, new power leads to new challenges and further domains will await after each victory.

Stray Blade is slated to arrive sometime in 2022 on PC and the Xbox Series X/S. With this reintroduction complete, look forward to seeing more of the game as we await a more concrete release date next year.