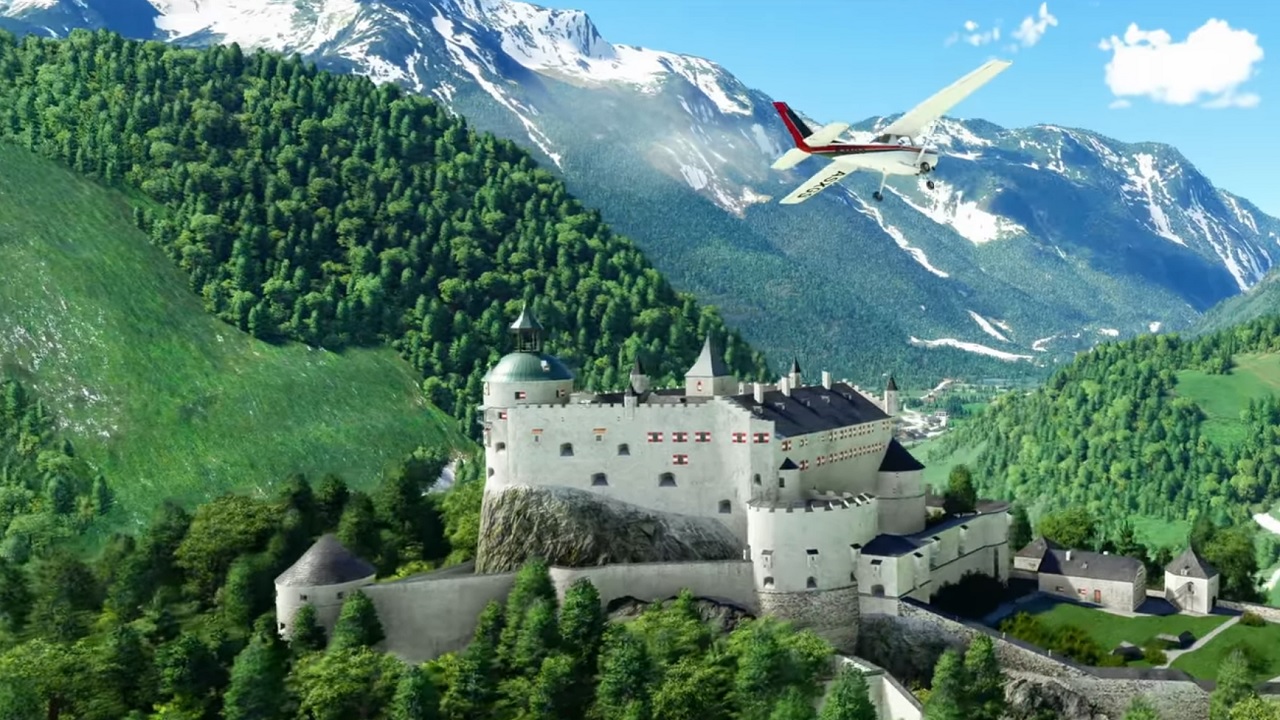 Microsoft Flight Simulator is already a pretty splendid game comprised of a ton of real topographical data from around the world to create an incredibly beautiful and immersive flying experience. However, the process MSFS uses to map the world can only do so much accurately. That’s where World Updates come in. There have been plenty of amazing World Updates already, including Japan, France, and the Nordics. Asobo Game Studio is far from done though, and next it’s setting its eyes on the region of Germany, Switzerland, and Austria.

Microsoft Flight Simulator World Update 6 was announced during the Gamescom 2021 Xbox Stream on August 24, 2021. Coming on September 7, 2021 to Microsoft Flight Simulator, World Update 6 will improve the areas of Germany, Switzerland, and Austria, more fully realizing the cities and topography, including the gamescom home of Cologne, Germany and the majesty of the Swiss Alps. You can see the trailer featuring all of the updated topography throughout the German, Swiss, and Austrian cities and countrysides below.

As the name and number implies, this one of many updates that have come to Microsoft Flight Simulator. For the most part, if the game doesn’t have specific data built in for a region, it just maps the area with some generic buildings and topography. That’s where Asobo steps in to do some more interesting things with the World Updates. Japan got the first World Update in September 2020, which made places like Tokyo, Osaka, and Mount Fuji well worth the visit. Every World Update since has served to make an already good game even more breathtaking.

We expect Microsoft Flight Simulator World Update 6 for Germany, Switzerland, and Austria will do the same with each area. Stay tuned and ready to fly to those places once more as the update launches on September 6.