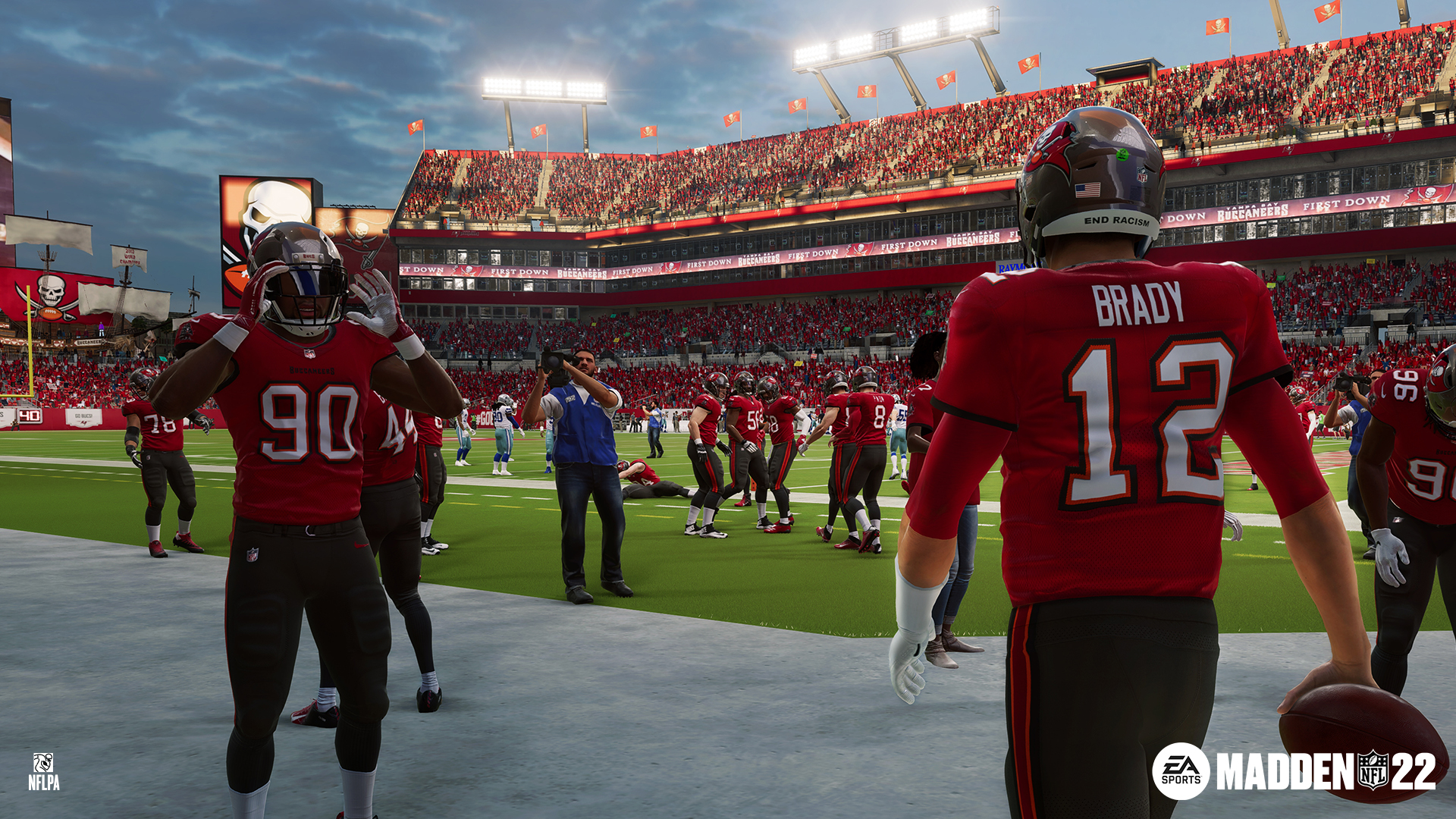 Does Madden NFL 22 have crossplay?

Madden NFL 22 is the newest installment in the football simulation franchise. It’s a significant one, too, as it’s the first game in the series designed with next-gen consoles in mind from the start. As fans jump in and start their respective football journeys, they’ll likely be looking to team up with some friends, potentially playing on different platforms. Let’s see if Madden NFL 22 features crossplay support.

Does Madden NFL 22 have crossplay?

Madden NFL 22 does not have crossplay, unfortunately. Though the game is available on Xbox One, Xbox Series X, PS4, PS5, and PC, you will only be able to play with people on the same platform as you. This also means that you can’t play with players on an older console in the same family. For example, PlayStation 4 players can not play with the PlayStation 5 version of Madden NFL 22. That said, PS5 and Xbox Series X players can purchase the respective last-gen versions of Madden NFL 22, allowing them to play with Xbox One and PS4 players. Playing on the last-gen version means that players will lose out on the game's performance mode, as well as other bonuses.

As crossplay has become more and more of a mainstay in multiplayer games of the modern era, fans have been pushing for games like Madden to open up the gates and allow them to play with friends across different platforms. It’s unclear what sort of technical or economical issues there might be that prevent this from happening, but crossplay will not be an option in Madden NFL 22.

Madden NFL 22 doesn’t have crossplay support, but there’s always hope for next year. If you plan on diving into the football sim, we’ve got everything you need to know. From the best quarterbacks, to early access information and soundtrack details, Shacknews is your place for all things Madden NFL 22.