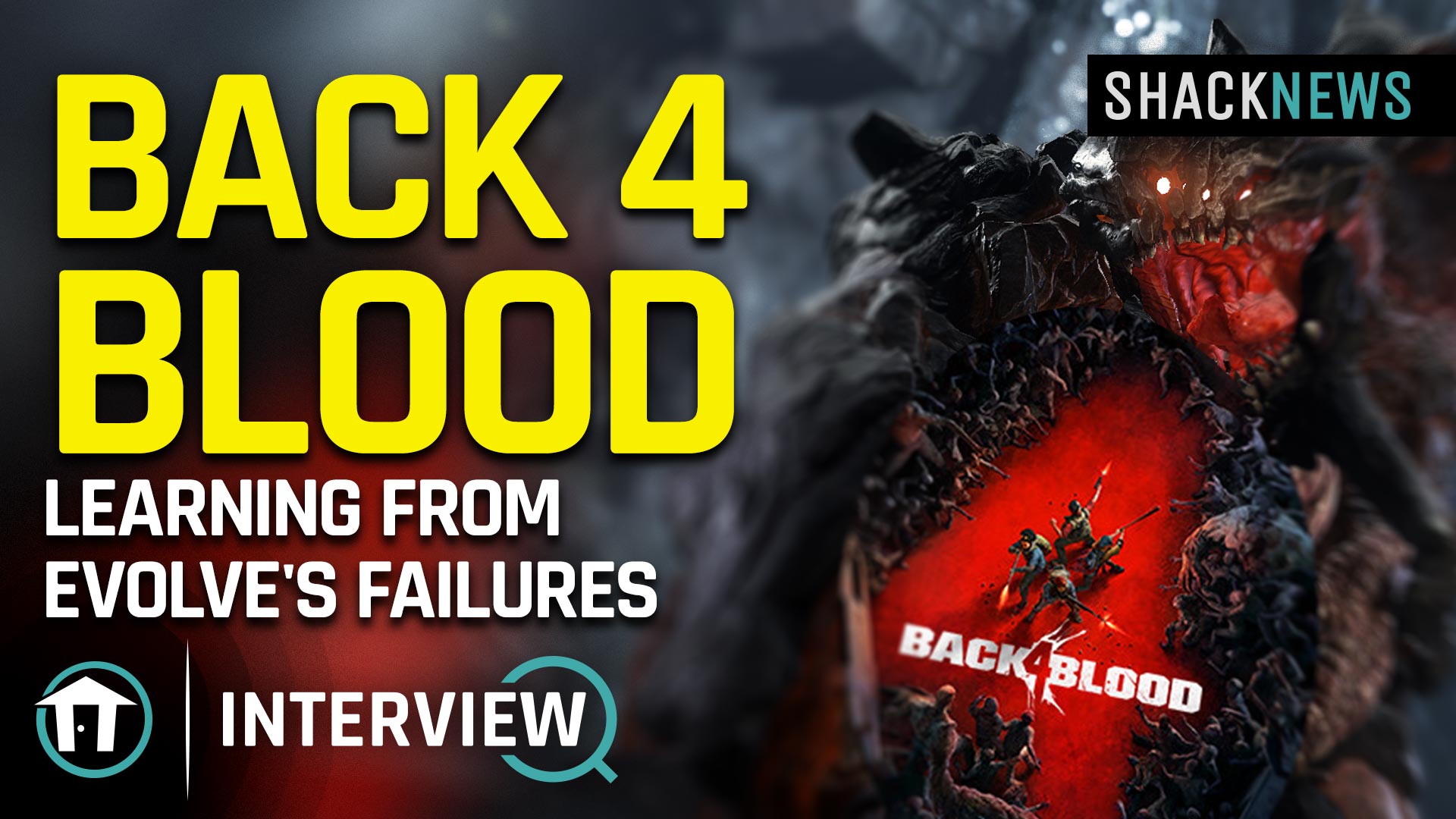 How Back 4 Blood learned from Evolve

People are rather excited for Back 4 Blood. That might be understating it. Fans of Left 4 Dead are overjoyed that they’re getting another co-op zombie killing fest, one you could call a spiritual successor. We recently had the pleasure of sitting down with Matt O’Driscoll to talk about Back 4 Blood, including the lessons the team learned from the development of Evolve.

Turtle Rock Studios has a long history of creating intense, co-operative games. However, the company’s titles also include a PVP aspect, and an asymmetrical one at that. In Left 4 Dead, one team were humans and the other zombies and in Evolve, one team were humans and the other team – consisting of one player – was a huge monster. Shacknews Head of Video Production Greg Burke got to ask O’Driscoll what the team had learned from their time developing Evolve and how they applied it to Back 4 Blood.

O’Driscoll points out that while some developers have moved on since Evolve, a lot have also stayed. So there’s a mixture of experiences being brought to the title. There are developers that actively worked on Evolve and those that likely played it from the perspective of an end-user. However, one of the main design points that the team has discovered works well is that monsters are playable in third-person versus the first-person perspective of the humans. On top of this, the characters banter between one another, which gives the writers a chance to inject story into the gameplay.

Another element players will notice in Back 4 Blood’s PVP mode is that it is an arena mode. Instead of working through a level and stopping for small arena fights while you wait to progress, it’s all arena in Back 4 Blood. The developers found that this created far more intense moments, as well as quicker matches, as teams fight to survive longer than the other in the three-to-win Swarm mode.

Back 4 Blood is scheduled to release on October 12, 2021 across PC, Xbox One, Xbox Series X/S, PlayStation 4, and PlayStation 5. Those that want to get in on the action early can do so by participating in the upcoming Back 4 Blood beta. While you enjoy the zombie-killing goodness, take a moment to look over the GamerHubTV and Shacknews YouTube channels. It’s there you’ll find a wealth of exclusive developer interviews, gameplay, guides and more.