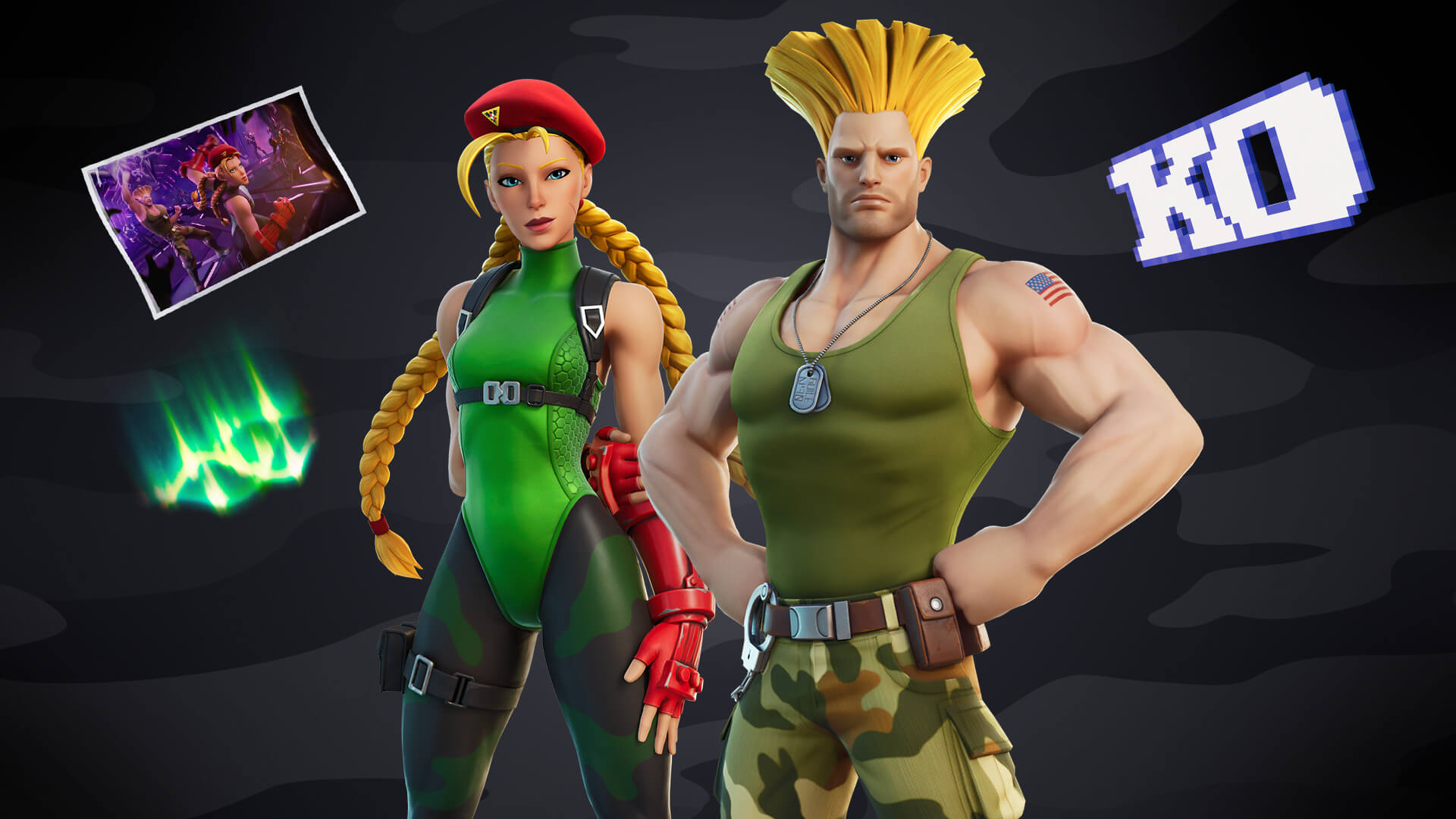 Fortnite has already been graced by a couple of characters from the Street Fighter world. Why not add a few more? The Street Fighter 5 Summer Update 2021 stream briefly took a side step from news about Capcom's fighter and jumped into the world of Epic's battle royale shooter to announce that the franchise's two top soldiers, Guile and Cammy, are jumping into the fray.

Both Guile and Cammy will be available on the Fortnite Item Shop starting this Saturday, August 7 at 5 p.m. PT/8 p.m. ET. Both characters will be available with their classic Street Fighter looks, but they'll also have a few variant outfits available. Guile will have a Glistening Guile outfit and K.O. Back Bling, while Cammy will have a Tactical Cammy variant and Borealis Backer Back Bling. All outfits and Back Blings will be included in the Cammy & Guile Bundle.

Those looking to get their hands on some of this stuff sooner can take part in the special Cammy Cup, which will take place this Thursday, August 5. Players at level 30 or higher can take part in a Duos tournament and earn the Cammy Outfit and Borealis Backer Back Bling by being among the top-performing teams in their region. Any team who picks up at least eight points will earn the special Round Two Loading Screen pictured below. The Cammy Cup will run for three hours and teams will be able to rack up points across a maximum of ten games. The point breakdown is available on the Fortnite website.

Cammy and Guile join Street Fighter's Ryu (fresh off his murder of Peely) on the star-studded Fortnite roster. If you're not looking to take part in the actual battle royale, maybe consider catching an Ariana Grande concert. There is a lot happening in this game, so be sure to follow the Fortnite topic for the latest updates.