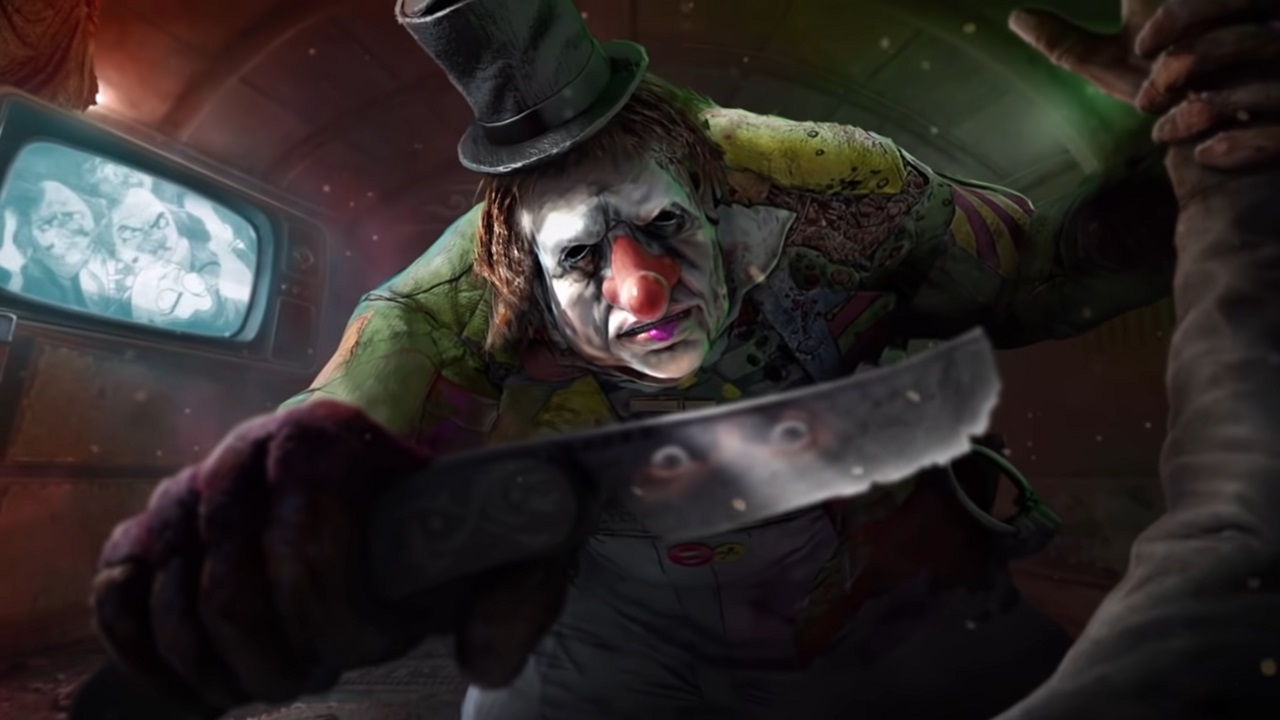 As Behaviour Interactive continues to work on grandiose new content additions to Dead by Daylight, it also fills the gaps in between big content with Tomes representing a series of challenges and rewards to go with them. Now, Tome 8, titled Deliverance, has launched and it brings with it an in-depth look at the histories of the killer known as The Clown and the survivor Jake Park. It also includes new challenges full of Bloodpoint opportunities and cosmetic rewards for clearing milestones.

Dead by Daylight Tome 8 - Deliverance was revealed and launched on July 28, 2021 with a YouTube video giving us a disturbing peek at the history of the Clown, Jeffrey Hawk, and his twisted relationship with his father. With it, we get a look into his origin and formation as the psychopathic clown we know in-game. That’s not all that’s coming in Tome 8 though. On the survivor side, we’ll be delving deeper into the history of the solitary and self-reliant Jake Park. Of course, the ever-present Observer will also have some secrets of his own revealed.

Dead by Daylight Tome 8 launches today on all available platforms. With it comes a 4-stage set web of new challenges for killers and survivors to complete. Snippets of story are hidden throughout the web and by completing a stage, you’ll earn an increasingly rare cosmetic reward. There will also be a number of new cosmetics for sale, including new outfits for Jake Park, The Clown, Ace Visconti, Élodie Rakoto, and The Huntress.

As a new Tome launches, so too does work on The Realm Beyond updates for all of Dead by Daylight. This one focuses in on updating survivors. Meg, Claudette, Dwight, Jake, Nea, Ace, Feng, David, and Kate all got model updates to their textures, hair, and more to bring them up to snuff with newer characters and killers.

With the Resident Evil chapter having recently launched, Dead by Daylight Tome 8 will make a good and rewarding addition to the ongoing content. You can check the Tome and other update content out today, so dig in and enjoy the terrifying story of how The Clown came to be.