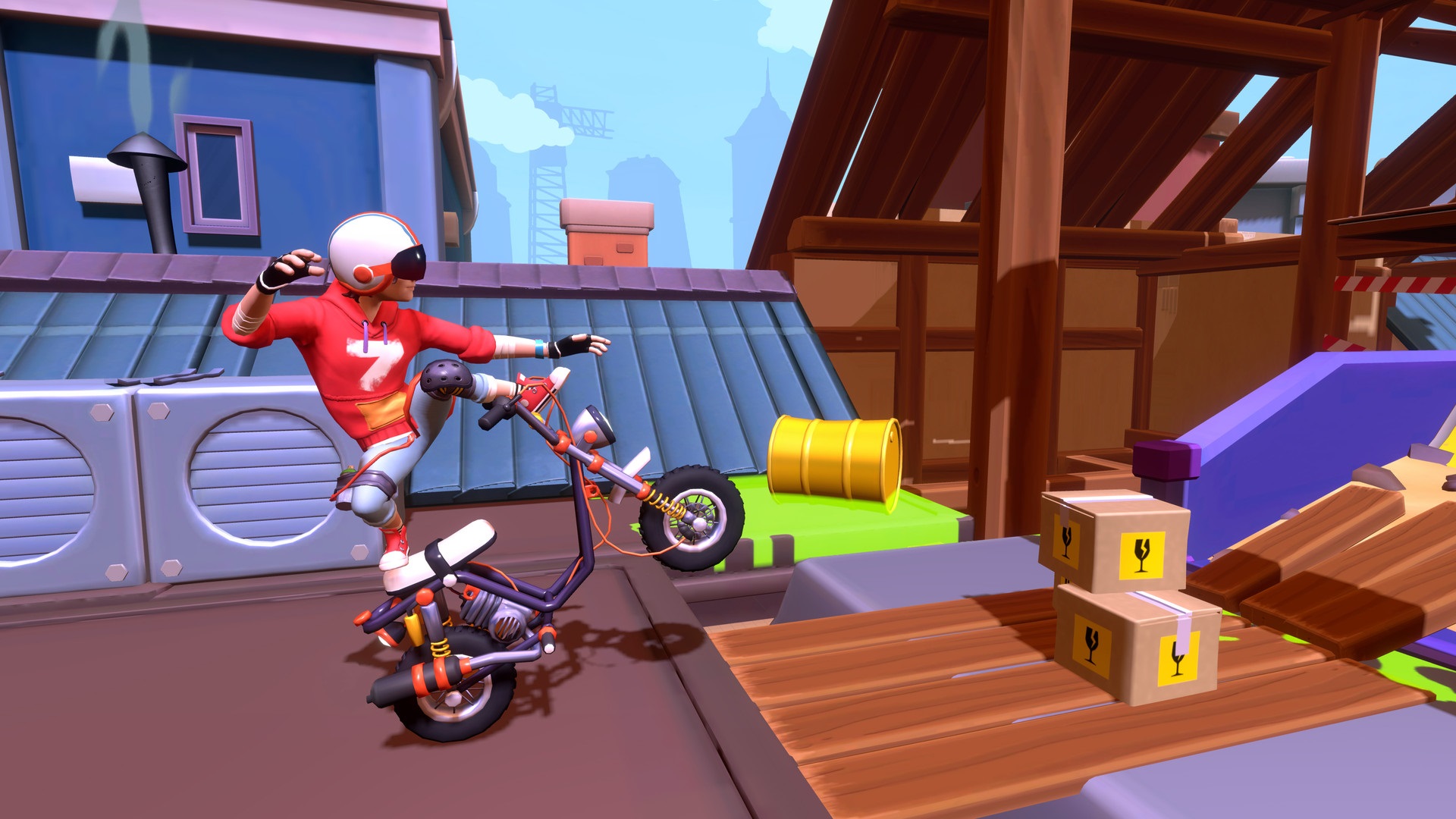 There’s something quite fun about learning what it takes to land the best motorcross bike combos you can bust out and take them to a finish line in a timely manner. Urban Trials Tricky is that kind of game, offering an extremely lighthearted and easy-to-pickup spin on the urban motorbike course formula. It’s had a launch on the Nintendo Switch in the past, but developer and publisher Tate Multimedia is ready to lay down some new tracks on fresh platforms. Urban Trials Tricky Deluxe is set to expand the game to PC, Xbox One, and PS4, and it’s coming later this July and we just got a new and colorful trailer ahead of its launch.

Tate Multimedia released the Choose Your Bike trailer for Urban Trials Tricky Deluxe on July 15, 2021 via the Tate Multimedia YouTube channel. Customization and choice is a part of the fun in Urban Trials Tricky Deluxe, and you’ll be able to customize the bejeezus out of your motorbike and rider as you run combos and the quickest routes through the game’s 30-plus amusing levels. You can get a new look at the action below.

Inspired a bit by the Trials series, as well as the Tony Hawk’s Pro Skater series, Urban Trials Tricky Deluxe also mixes in its own share of lighthearted aesthetic. It’s supposed to be easy to pick up and play, but you can also spend the time to master the levels, bust out some amazing combos, and see where you stack up against online leaderboards across the game’s three single-player modes.