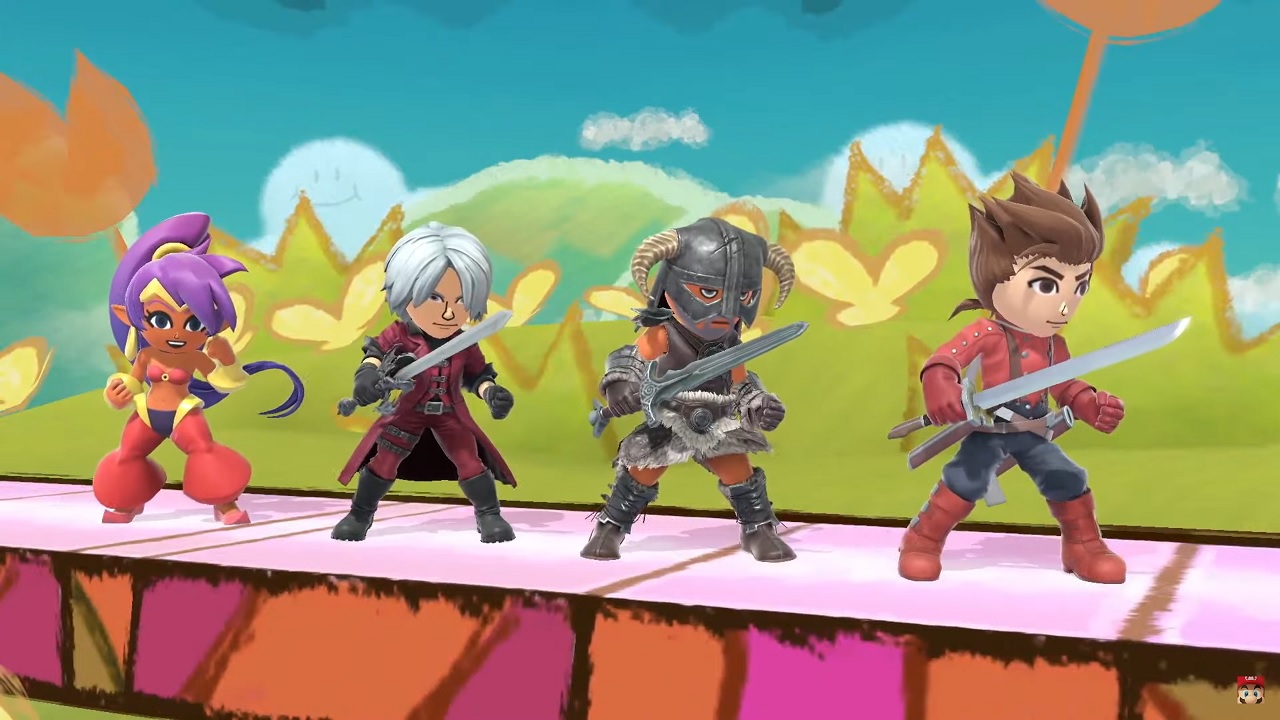 It was another interesting day in Super Smash Bros. Ultimate news with a Sakurai Presents livestream that showed off classic Tekken character Kazuya coming to Smash. With Kazuya, there is only one more spot left for a new DLC addition in Super Smash Bros. Ultimate. That said, we have some slightly bad news for one popular prospect. Dante from Devil May Cry just made an appearance as a Mii Fighter costume alongside Lloyd from Tales of Symphonia, the Dragonborn from Skyrim, and Shantae from her self-named franchise.

The latest Mii Fighters coming to the game were announced during the Mr. Sakurai Presents Kazya DLC presentation on June 28, 2021. It was during this presentation that we were mostly shown Kazuya’s moveset where a good portion of this iconic Tekken kit remained intact. We also learned when Kazuya would be playable. That said, it was the later reveals that had viewers shaking. Dante from Devil May Cry appeared as a Mii Fighter alongside the Dragonborn, Lloyd, and Shantae.

For those who don’t know, we have rarely ever seen a character come to the DLC after being made into a Mii Fighter and it seems highly unlikely that will change here with just one slot left in the Super Smash Bros. Ultimate Fighter Pack Volume 2 set. In the past, we’ve seen Tekken, Fallout, Splatoon, and further franchise characters come in as Mii Fighters alongside the official entries. With Dante confirmed here as a Mii Swordfighter, launching on the same release date as Kazuya, it feels far less likely that we’re going to see the halfbreed demon slayer come to Smash Bros. Ultimate in that last available slot.

With Dante, Shantae, the Dragonborn, and Lloyd coming as Mii Fighters during the next update, who’s left that you’d like to see in the main roster? Stay tuned for patch notes to drop soon with the new content, and keep it here for more Smash Bros. DLC updates and information as it becomes available.