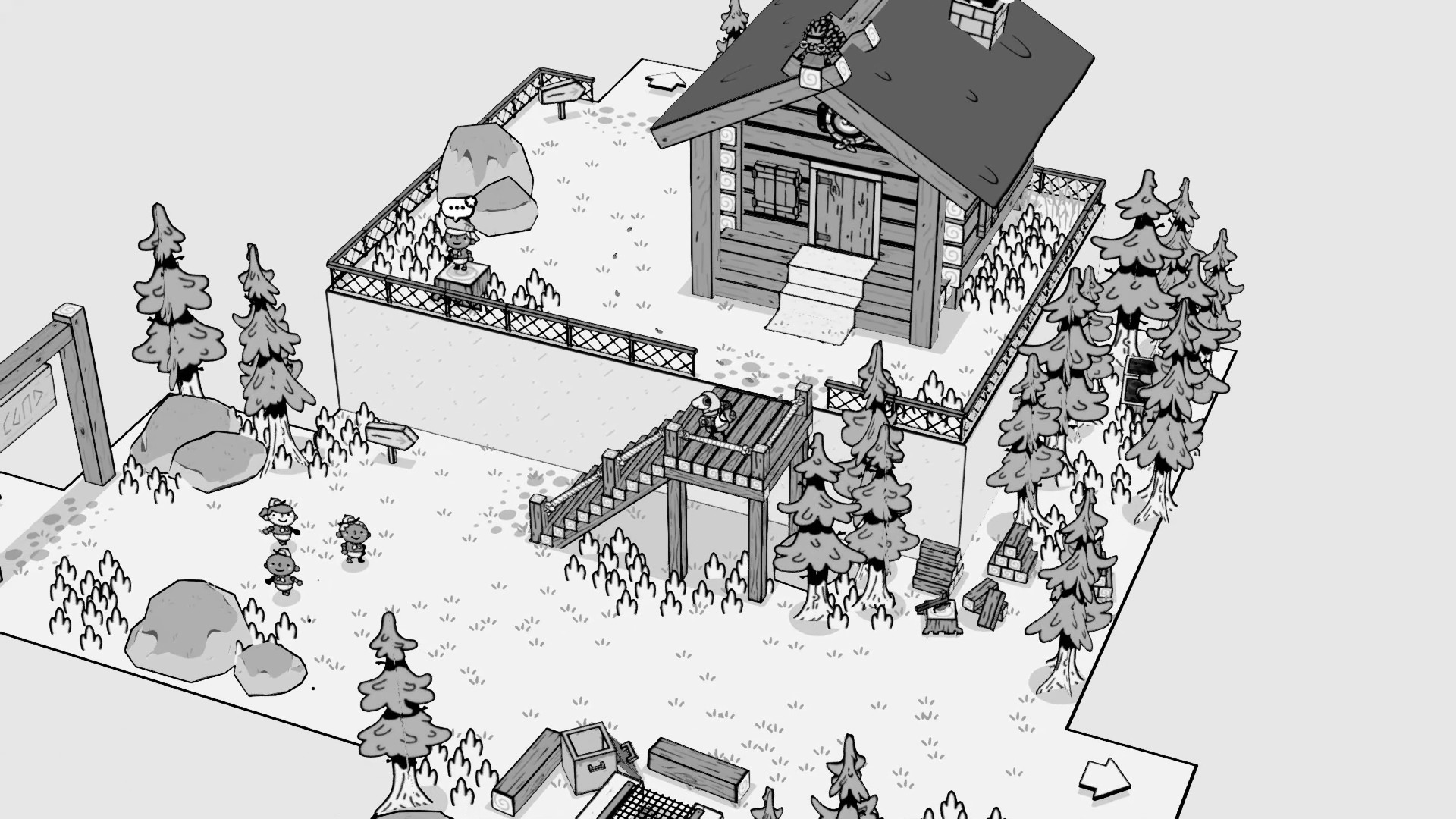 Steam Next Fest is underway and features a countless number of upcoming indie games from a diverse range of developers. One of these titles is TOEM. Developed by Something We Made, TOEM is a photography adventure game set in a delightfully peculiar world. I had the chance to play an early section of the game as a part of the Steam Next Fest Demo.

In TOEM, players assume the role of a young aspiring photographer, setting out on a journey to see TOEM, a rare phenomenon that can only be witnessed upon the highest mountain top. Given a vintage camera by their Nana, players will take a slew of pictures during their adventures.

Taking pictures is the primary gameplay mechanic in TOEM. Players can whip out their camera at practically any time and take images of the characters and environments around them. There’s a zoom feature, allowing you to fill the frame with a subject. Players can also flip the camera towards themselves to snap a selfie and capture whatever is directly behind them. When taking pictures, the game will even highlight notable subjects, such as characters, trees, wildlife, and more.

Players will make progress in TOEM by racking up stamps. Stamps can be obtained from various different characters met on the journey, by completing different tasks. Players will be tasked with capturing pictures of certain events, or spotting an animal exhibiting a particular behavior. Once players complete an objective, they can show their photo album to characters and receive a stamp in their book.

Stamps will then allow players to move forward in the game, allowing them to hop on the bus and reach new areas. In my time with the TOEM demo, I thought it was really cool how the “quests'' to get stamps always felt fresh and unique. In photography games, it’s easy to fall into the repetitive cycle of “take pictures of X animal,” or “snap 3 pictures of oak trees.” In TOEM, there’s a lot of interesting and diverse missions that players will go on in pursuit of stamps.

This of course is achieved thanks to the quirky cast of characters that players will meet during their expedition. From ghosts that are tired of having to do chores, to militant child scouts, TOEM has no shortage of fascinating characters.

TOEM is presented from an isometric camera angle, but players are always free to rotate and move it around however they see fit. The game also allows you to easily zoom in and out using the mouse scroll wheel. Lastly, the character is moved around using a point-and-click system.

The entire game is in black and white, with an art style that looks inspired by children's programming. I thought this was a really interesting choice - to have a game all about photography and visual aesthetic be drained of color. It’s a solid pairing with the very simplistic nature of TOEM.

The TOEM demo is a really nice introduction to this silly yet tranquil world. The integration of photography into the gameplay and the variety in characters makes me excited to explore more when the full game launches later this year. The TOEM demo is currently available on Steam.