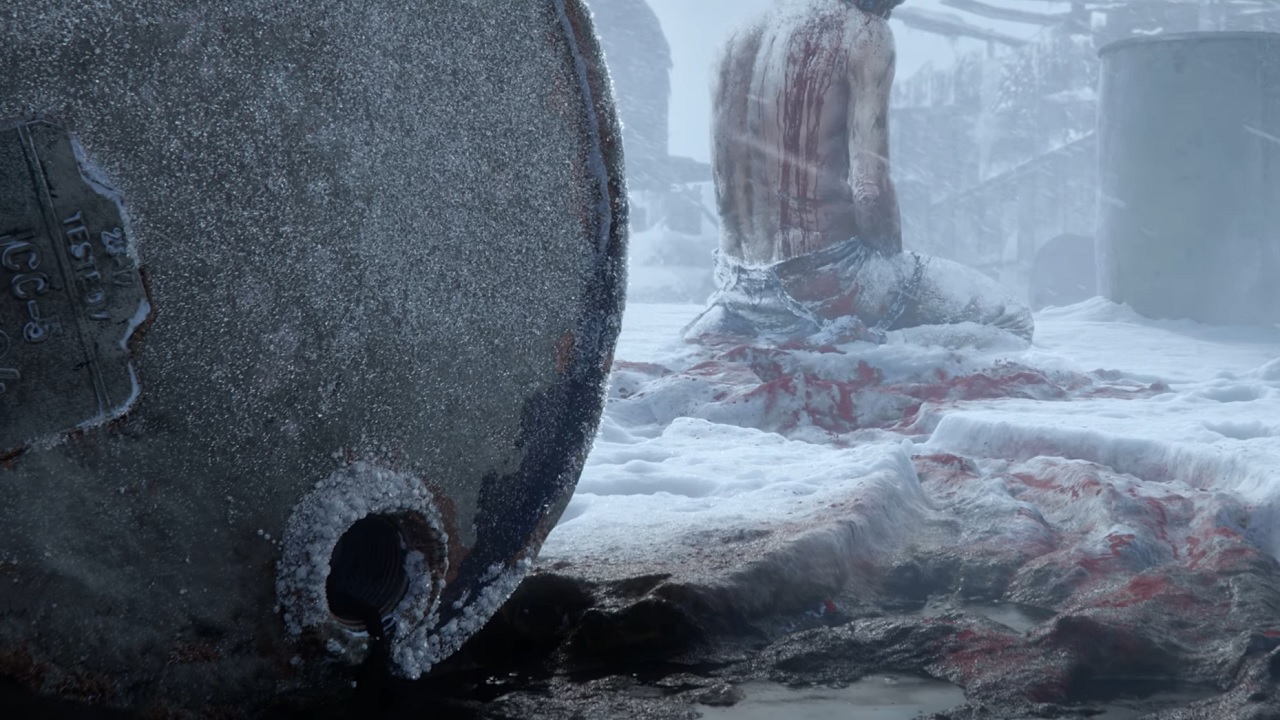 11 bit studios is teasing something big, bloody, & frosty for reveal in August 2021

It has been quite some time since we heard anything new from polish publishers and developer 11 bit studios. The group’s last listed work was publishing on Children of Morta in 2019 and its last developed game, Frostpunk, came in 2018 (although the game has seen plenty of support such as the On The Edge DLC in August 2020). That said, 11 bit has bided its time, working on something new and apparently, we’ll get to see what it has up its sleave this coming August 2021.

11 bit studios put out a teaser for its upcoming project in a video on its studio YouTube channel on June 10, 2021. It’s not a long teaser, but it does show us enough to make some educated guesses. The teaser shows words speaking to the value of change in progress and a decay that comes without it. We then get to see a trail of blood and oil soaked snow leading up to a fellow looking more than worse for wear in the frozen tundra. The teaser ends in sharing that a global reveal of 11 bit’s newest game will get a global reveal on August 12, 2021.

Even for as short as the teaser is, there’s a lot going on in it. Given that it’s 11 bit studios and Frostpunk was incredibly popular, one might immediately jump to think this is some sort of new game set in that same universe. It would be interesting to be sure, but oil hasn’t made an appearance in Frostpunk yet – coal is their primary power (not that it bars the possibility). Moreover, the teaser and the description hint at open conflict in this snowy territory.

“Yet, the crimson scars mark the battleground for precious resources worth breaking up alliances over,” it reads.

It would seem that there are splintering factions and unrest at play at what 11 bit has in store for us.

Is it Frostpunk? Will it still be a city-builder? Is it a spinoff? Is it a new franchise entirely? We can speculate as much as we want, but 11 bit studios will have the answer for us soon enough. Keep an eye on August 2021 as the studio prepares to show off its next big title.