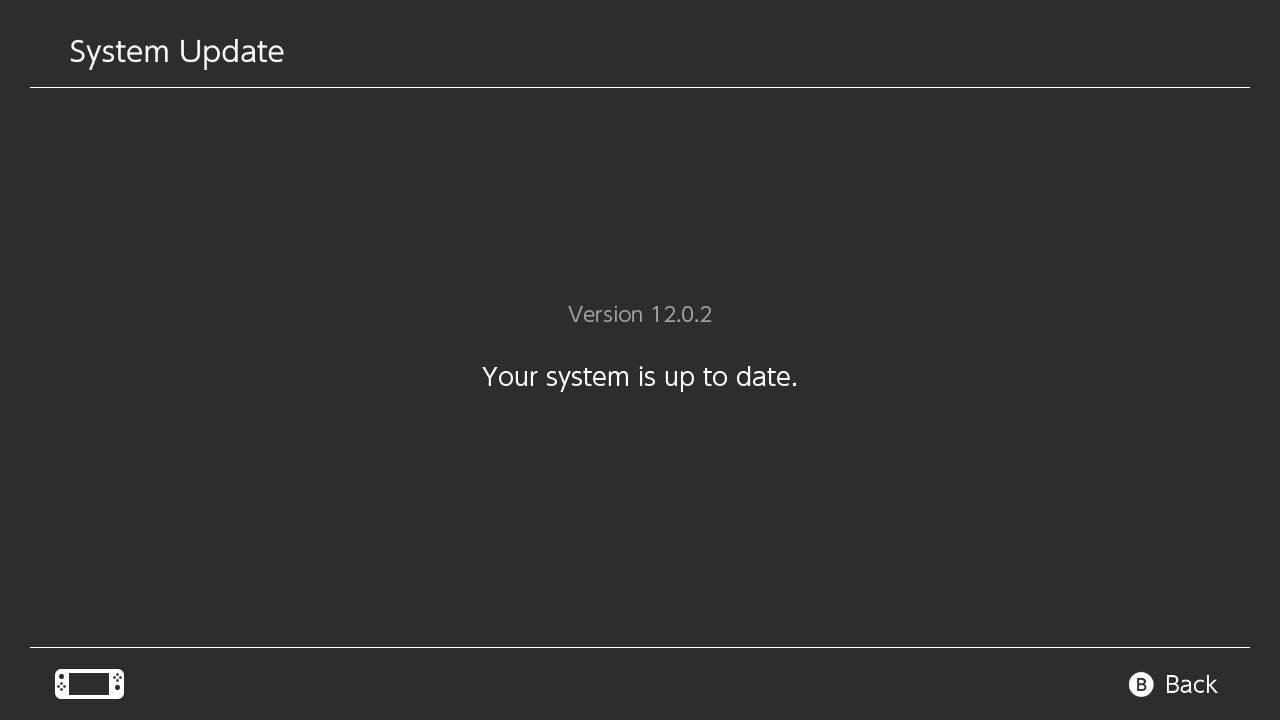 Updated June 8, 2021 at 11:03 p.m. PT: Nintendo has updated its Twitter account to explain that distribution of system version 12.0.3 for the Nintendo Switch has been suspended. The tweet continues to say that units updated to 12.0.3 may not be able to connect to networks. Furthermore, use of a microSDXC card for the first time after said update will cause the update to not complete and the card cannot be used. The Tweet can be read below.

Nintendo Switch firmware updates have been a commonplace occurence since the system launched over four years ago. The quick and snappy updates typically come with light patch notes citing "General system stability improvements to enhance the user's experience." Eagle-eyed Twitter users have grown followings based on investigating and discovering the actual changes found in these firmware updates given Nintendo's boiler-plate communication surrounding firmware versions that fall between major revisions.

It's now come to light that Nintendo has revoked its latest Switch firmware version, 12.0.3, hours after pushing it to consoles around the world on June 7, 2021. Twitter user and Switch OS data miner, OatmealDome, is one of the more popular accounts that demystifies Nintendo Switch firmware updates by finding the actual changes between versions. They noted firmware version 12.0.3 and detailed some of the fixes in a tweet on the evening of June 7.

Looks to be minor things, I’m going back to sleep

What appeared to be some minor changes not worth staying up for ended up causing headaches for users around the world. In the waking hours across the United States, another reverse engineering whiz on Twitter, SimonTime, posted that Nintendo had pulled the update during the day in Japan and overnight here in the West. No official reason has been given by Nintendo, but rampant speculation is pointing to users having issues with accessing and downloading games from the eShop.

These findings can be corroborated simply by using your Switch while it's connected to the Internet. If you had already downloaded firmware 12.0.3, the system will prompt you to update again but will actually download the previous version of 12.0.2. If you haven't used your Switch since 12.0.2 released on May 11, then you can go about using your console with no issue.

This sets a new precedent for Nintendo in that the company has never rolled back a firmware update for its hit hybrid console. It's good to know that your Switch can be reverted to a previous firmware in case Nintendo accidentally pushes something out with unintended bugs, as it seems to be the case here. Hopefully, Nintendo will be a little more transparent about these issues in the future and leave a little less snooping up to the public, but we wouldn't count on that. Be sure to keep an eye on our topic pages for the Nintendo Switch and the upcoming E3 frenzy surrounding it to stay up to date with future developments.